Fulton Sheen delivers prophetic sermon on the Antichrist, the signs of our times, the apocalypse, a coming chastisement, and gives three practical suggestions for Christians of this age.

The audio has been cleaned and remastered from the original radio program “Light Your Lamps” entitled “Signs of Our Times” broadcast on January 26, 1947.

Some quotes: – Venerable Archbishop Fulton J. Sheen: “Only those who live by faith really know what is happening in the world.” “The battle lines are being clearly drawn and the basic issues are no longer in doubt.

From now on men will divide themselves into two religions, understood again as surrender to an absolute. The conflict of the future is between an absolute who is the God-Man and an absolute which is the man-god; between the God Who became Man and the man who makes himself god; between brothers in Christ and comrades in anti-Christ. “

“He (the Antichrist) will come disguised as the Great Humanitarian; he will talk peace, prosperity and plenty not as means to lead us to God, but as ends in themselves.” “Evil catastrophe must come to reject us, to despise us, to hate us, to persecute us, and then, then we shall we define our loyalties, affirm our fidelities and state on whose side we stand.

Our quantity indeed will decrease, but our quality will increase. It is not for the Church that we fear, but for the world. We tremble not that God may be dethroned but that barbarism may reign.”

“Those who have the faith had better keep in the state of grace and those who have neither had better find out what they mean, for in the coming age there will be only one way to stop your trembling knees, and that will be to get down on them and pray. “ 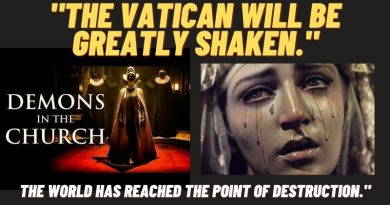 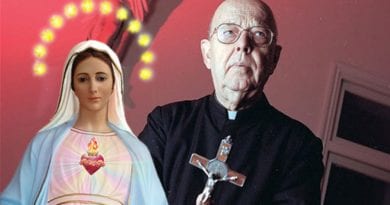 Comment from you tune: eonard John Koh1 minute ago “Its clear that this year 2020, after the Iran US

History One evening, having lingered at the convent of San Giovanni Rotondo, the repairman noticed, when leaving, that it was