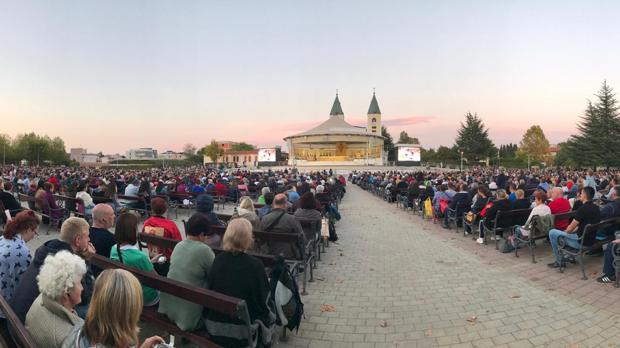 Translated from Spanish by Google translate At six twenty in the afternoon, time stops every day in Medjugorje . The silence becomes even deeper if it fits in the esplanade of the Parish of Santiago Apostol of this small town of Bosnia-Herzegovina. The prayer of the Holy Rosary is interrupted for a few minutes to remember the time when the Virgin (the “Gospa” ) appeared to “the children” (Mirjana, Vicka, Ivan, Milka, Marija and Jakov), for the first time, on June 24 and 25, 1981.

A vision that transformed forever the life of this enclave between mountains (hence the name of Medjugorje), which was never again that village of the former Yugoslavia, whose inhabitants cultivated small tobacco plantations and vineyards for family sustenance.

On the ground that some of these vines occupied, an immense place of prayer , of recollection, of peace has risen . Thirty-seven years after that appearance, which is repeated every evening at the same time by some of the visionaries, thousands of pilgrims from all over the world arrive there daily . Especially between the months of April and November, when the weather allows outdoor celebrations.

A multitude that multiplies every year and that is revolutionizing the spirituality of the Catholic Church. “From Medjugorje, there is a new Pentecost in the Catholic Church,” says a pilgrim who travels to this town every year. In 2017, 1.5 million communions were distributed and 38,856 sacradores concelebrated Masses. There are days when 20 daily eucharistic celebrations are held in four languages and the day for young people, which takes place in August, brought together 40,000 adolescents.

Encounter with God
Up to ten thousand people can host this space in front of the Parish of Santiago Apostol, to which most of the people accede in silence. Some caressing the Rosary, others with slow steps, as if the crosses of many lives, ruined by sadness, despair, loneliness or the search for inner peace, were so heavy, that they marked the path of their own path. There are also skeptics and others who seek a supernatural effect, but who leave empty-handed , or, in some cases, renewed in their own Faith.

Because to Medjugorje, as Cristina says, a young Bosnian Catholic who accompanies the pilgrims, “we do not come to see the seers, nor to see the sun or a strange light. The important thing is the personal encounter with God and what makes each pilgrim feel the need to return . “

The strength of the recollection and the atmosphere of prayer is so important that the center of daily activity is the evening program on the large esplanade next to the parish. Every afternoon, at five o’clock, the Rosary is recited, at six o’clock mass is celebrated and at nine o’clock alternates Adoration to the Most Holy , Tuesday and Saturday, with the Veneration of the Cross, on Friday. The mass can be followed in all languages, through the radio, tuning the frequency that corresponds to each country (104.4 in Spanish). At the same time, on the side of the esplanade, there is what they call the ” confessional of the world, ” a place reserved for “forgiveness,” in which men and women who have never confessed feel the need to receive the Sacrament. .

At the foot of the mountain is a residence of the Community of the Cenacle . An association founded by the Italian nun Mother Elvira, who welcomes and heals her addictions to young people from all over the world. The people give their testimony of how they came back to life from the hand of God.

But Medjugorje is, for a great majority, a place of inner healing . “I came to seek peace, to find light and forgiveness, to heal the wounds of a wounded couple, to know how to forgive, accept and understand,” says a pilgrim.

In this place marriages have been united, priests have redirected their wounded vocation, broken families have begun to rebuild themselves. Nobody leaves indifferent, because in Medjugorje, as a Spanish priest says, nobody is here by chance, but the Virgin calls you to come here.

The only drug stronger than cocaine and heroin is Jesus.
The story of the marriage formed by Níkola, a young Serbian from the town of Novi Sad who was hooked on drugs , and Irene, a young Canary, Telecommunications engineer, who went on a pilgrimage to Medjugorje, is one of those gifts that the Virgin makes those who travel many miles to live the spirituality of this small town. It was a casual encounter, a cross between looks, while he gave his testimony of conversion, which united them forever.

Nikola and Irene
Nikola and Irene – ABC
Today they are a family with two children, who dedicate their lives to organizing pilgrimages to Medjugorje. Níkola, who at 23 years “did not want to live”, hooked on drugs, one day prostrated before a Church and, desperate, asked God: ” If you exist, help me .” He left hell in Medjugorje, because “the only drug stronger than cocaine is Jesus” and his vocation is not “to take clients to Medjugorje, but pilgrims” and to return to God and the Virgin ” what she has given me”.

I began to pray and filled the void I had in my life.
Petra is 35 years old and for three and a half she has lived in the Cenacle Community of Medjugorje. He arrived broken by the drug. “I did not see anything good in my life,” he recalls emotionally in the chapel of this residence, where love and peace are breathed. ” I started to pray and the voids in my life began to fill up.”

Petra:
He had never known God, nor his family. After two years in this residence, he returned home and, for the first time, “I met with my family and prayed the Rosary. I can not explain the emotion I experienced. We took each other’s hands, and we cried. ” Petra, the God she met in Medjugorje, ” changed my life , and not only me, but my family.” Every day that you live in the Community “I think I can be a better person. Medjugorje has helped me overcome my fears. 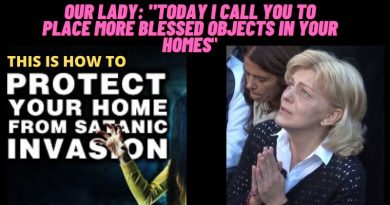 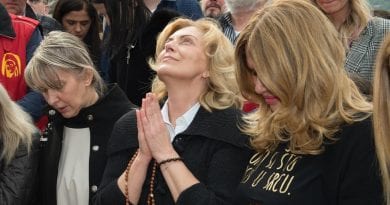 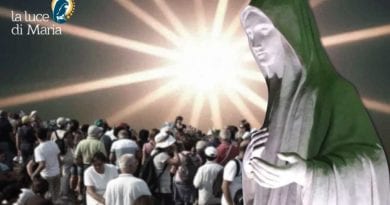 I really enjoy your website, mysticpost.com.  Thank you for all your efforts.  I can only imagine how difficult it is