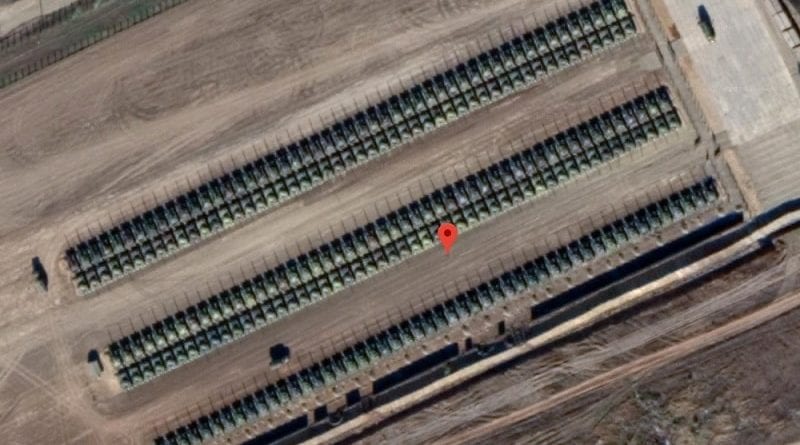 Satellite images appearing to show hundreds of Russian tanks just 11 miles from the Ukrainian border have emerged ten days after President Petro Poroshenko warned that Moscow is scrambling its army on his doorstep.

The images were reportedly taken by Google Earth satellites last month, and shows the Russian military base in Kamensk-Shakhtinsky, near Ukraine‘s eastern border.

Last month, President Poroshenko showed satellite images of the same base, which indicated that more tanks had arrived in recent months. 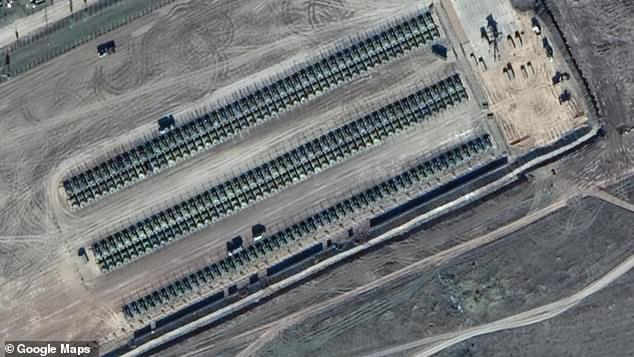 ‘Proof: Satellite imagery from Google Maps reportedly taken in November appears to show a heavy build up of Russian tanks 11 miles from the Ukrainian border 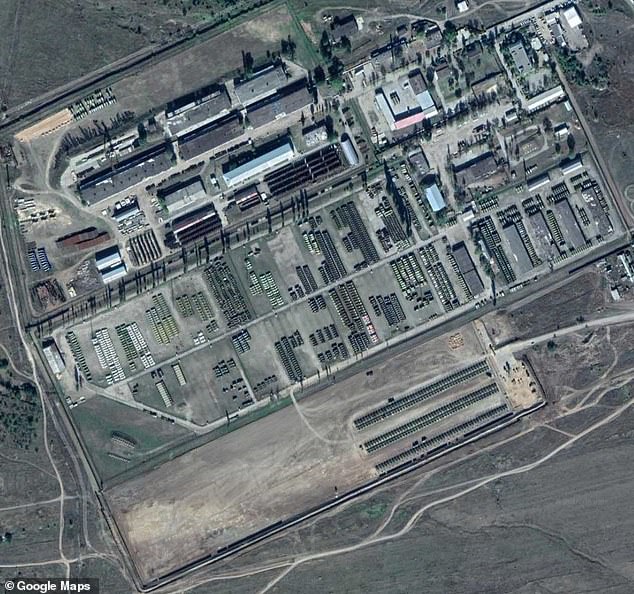 The photos of the Russian military base show the many tanks, bottom right, as well as thousands of other military vehicles and equipment

The new satellite images show around 250 T-62 battle tanks and around one thousand military trucks, artillery systems and tankers at the base, according to the Defence Blog.

Kiev has called for more Western sanctions against Moscow after Russian patrol boats fired at Ukrainian navy ships in the Azov Sea off Crimea. But the divided bloc is not going to act swiftly, if at all.

The 28 EU national leaders, who meet for a summit in Brussels on Thursday and Friday, are, however, due to decide to extend the bloc’s existing sanctions that target Russia’s defence, energy and banking sectors.

Germany’s Haiko Maas said the situation in the Azov Sea remained unresolved as Russia was still holding the Ukrainian sailors. Berlin and Paris were seeking to ease tensions between Moscow and Kiev.

Fighting between Ukraine and Moscow-backed separatists in eastern Ukraine has killed more than 10,000 people since 2014 and small-scale but deadly exchanges of fire are still frequent.

The EU has since released 500 million euros in financial assistance to Kiev but is split on whether to go ahead with any new economic sanctions, a move that would require unanimity of all 28 member states.

‘We don’t see yet any decision-making today on the table,’ Austria’s Karin Kneissl said when asked about more sanctions against Moscow following the sea incident.

On the other side of the spectrum is Lithuania, a leading EU hawk on Russia. Foreign Minister Linas Linkevicius said the Azov Sea standoff was a ‘blatant violation of international law’ by Russia and could not be left unanswered.

‘I don’t expect something to be decided today but sanctions relating to this topic must be on the table,’ he told journalists. 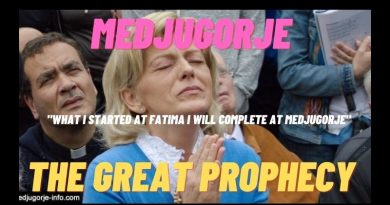 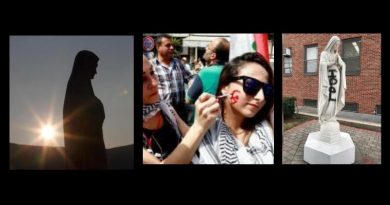 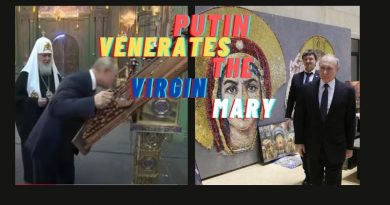 How to protect your family against the snares of the devil with sacred objects.

Please Watch New Video on how to protect your family against demonic influences. In a special message from Medjugorje to

In an interesting address to the members of the Italian Association of Medical Oncology (AIOM), given at the Clementine Hall