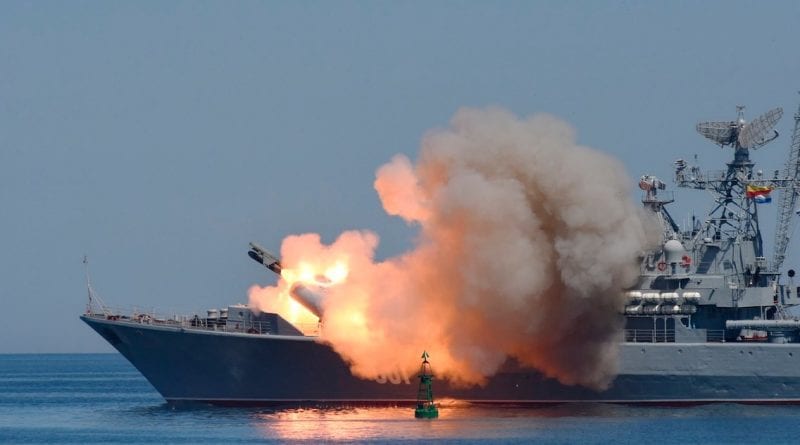 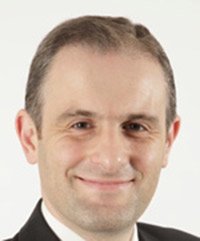 With Ukraine-Russia tensions at the highest level for years, a U.S. 6th Fleet warship is making preparations to potentially travel into the Black Sea.

The U.S. move, amid Russia’s seizure last month of Ukrainian ships and sailors, comes as Kiev has warned of a Russian invasion in what is already the bloodiest European conflict since the wars over the former Yugoslavia in the 1990s.

Fighting between Ukraine and Moscow-based separatists in the Donbass region of eastern Ukraine, alone, has already killed more than 10,000 people, with more than 1 million people having fled their homes.

This underlines that it may be the most dangerous flashpoint on the globe right now, and there is renewed possibility of escalation with Russia increasing troops and weaponry in Crimea and other areas and boosting its naval presence in the region.

On Thursday, Ukraine called on the Organization for Security and Cooperation in Europe (OSCE) for a toughening of U.S. and European sanctions against Russia. These sanctions have been in place since 2014 after the annexation of Crimea, previously a Ukrainian territory, and a pro-Russian leader was toppled in Kiev.

While most of the fighting ended with a ceasefire in 2015, deadly exchanges of fire continue. And Western leaders are, once again, trying to de-escalate the situation after Ukrainian President Petro Poroshenko warned last week of “full-scale war.”

The last time Petroshenko warned of such a “full-scale Russian invasion along all fronts” was in 2016 when then President Francois Hollande said “total war” is raising its head again.

The challenge for all sides, not least France and Germany which helped broker the February 2015 Minsk agreement, is that the terms of the deal are still far from being realized.

These provisions include an immediate, full bilateral ceasefire, plus withdrawal of heavy weapons from Donetsk and Luhansk where fighting since 2014 has seen Russian-backed separatists seize significant portions of the regions. This has raised international fears about the viability of the Ukrainian state. Whether tensions escalate or subside will now probably depend most upon the political calculus of Russia.

Previously, Moscow had hoped that sustained economic, military and political pressure could lead to significant loss of support within Ukraine for the pro-Western orientation of the Kiev government. That scenario has not fully come to pass yet, although Petroshenko is facing an uphill struggle for re-election March 31.

In this context, it is unclear what the risk tolerance of the Russian leadership now is with Putin, in what could prove a final six-year term as president.

Russian Foreign Minister Sergei Lavrov insists Moscow remains committed to the Minsk agreement, although Putin has said it is “too early” to return Ukrainian sailors and naval vessels which his country claims were seized because they had violated Russia’s territorial waters.

If tensions rise further in December or early 2019, international debate could reignite not just about sanctions, but also intensified military support for Poroshenko’s government which has imposed martial law.

Kiev in recent years has received enhanced support including from NATO which has recalibrated its capability to respond to what is perceived as an enhanced Russian security threat, not just to Ukraine, but also other countries too, including the Baltic states.

Specific measures include boosting NATO forces in Eastern Europe with four battalions, led by the United Kingdom, the United States, Germany and Canada, rotated in Estonia, Latvia, Lithuania and Poland.

This is being buttressed by measures to boost the defense capabilities and resilience of Ukraine, Georgia and Moldova through a range of political and practical support. Moreover, NATO continues working with Finland and Sweden to bolster security in the Baltic Sea and Black Sea areas.

It is also possible that a further uptick in tensions in Ukraine may also reopen debate in Washington over enhanced U.S. bilateral military support for Kiev following former President Barack Obama’s consideration toward the end of his term of office of a range of potential options, including so-called “non-lethal” equipment such as reconnaissance drones and radar screens.

Prior to the announcement of the Minsk deal, then-U.S. Defense Secretary Ashton Carter asserted his preference of providing enhanced military assistance to Ukraine, and there are still pockets of support in Congress for providing this.

However, the West is divided on this issue, with some key figures in Europe especially concerned that provision of equipment such as anti-tank weapons could be used by Ukraine not just to secure military balance on the ground between its own and separatist forces. But that it could potentially become a means to achieve more ambitious, risky military goals.

Angela Merkel, for instance, cites her own experience of growing up in East Berlin during the Cold War, and has said repeatedly there is no military solution to the conflict. She particularly fears that, given current mistrust with Moscow, providing extensive weaponry to Ukraine will only intensify the conflict which could risk becoming a proxy war between Russia and the wider West.

Taken overall, international diplomatic activity could now ramp up significantly with the crisis potentially spiraling out of control again. With much now depending upon the calculus of Moscow, if the crisis escalates further, there may be growing pressure not just to toughen Western sanctions, but also to provide enhanced military assistance to Kiev.

Andrew Hammond ([email protected]) is an associate at LSE IDEAS at the London School of Economics. 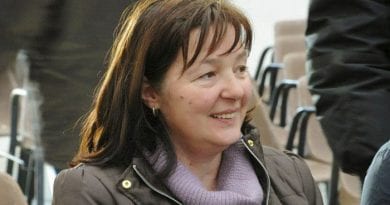 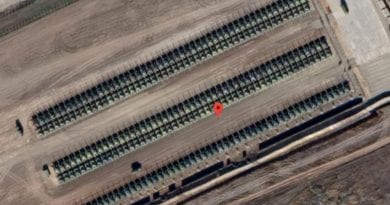 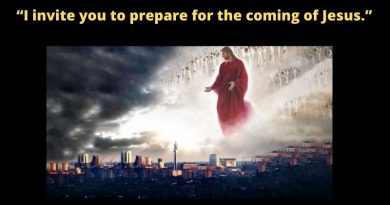 Is the Wormwood star from Revelation 8 already headed toward Earth? Are NASA and high-level government officials aware of an