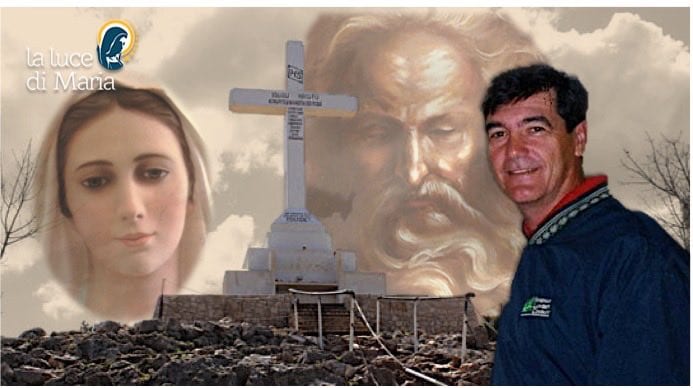 There is nothing more distant from reality than to say that God Saints and sinners to show his power. God chooses those he wants, even the most common person, to show his great love for us.

As a testimony to this we will tell you below about the greatest miracle that occurred on the hill of Medjugorje thanks to the intercession of the Mother of Jesus: we speak clearly of the healing of Arthur P. Boyle, a believer and practicing habit who had lost his faith because of an illness (a tumor) that had reduced him to life (the story of the life and healing of Boyle can be found in the biographical book “Six months of life”).

The story of Arthur

Married very young with his wife Judy, Arthur, who by tradition was Catholic, has always been a generous and willing to sacrifice but never a fervent Catholic. His wife Judy, on the other hand, was a practitioner and involved him in various community activities. Their life flowed quiet until they found themselves fighting with the autism of their second son, but the initial difficulty was overcome, not even the death of the eighth son in 1986 inclined the serenity of their family, but three years later an event will occur that will change his life: in 1989 he is diagnosed with a carcinoma and will be forced to work.

The whole family clings around him, his wife takes him to church to pray even if the husband is now devoid of strength, Athur says: “For the first time in my life I prayed with my heart. I let myself go completely and I gave all my grief to God. And at that moment I had the sensation of being struck “. No one wants to resign himself to his disappearance and the night before the operation was organized a prayer vigil where they attended all the friends, relatives and even the parishioners that he did not know, this gave him the strength to face the operation and everything went for the best.

The relapse – the crisis of faith

Unfortunately, however, the disease recurs 8 months later than before, this time the doctors are skeptical about the possibilities of the patient and tell him that the only thing they can do is give him a few more months of life with a second operation. The wife in the meantime organizes another army of prayer, but Arthur dejected no longer believes in its effectiveness. A friend with a desperate attempt convinces him to follow him on a journey of faith to Medjugorje before the surgery.

The arrival in the Bosnian village surprises them, an aura of serenity envelops them and the mood of Arthur splashes to the stars, while he was with his friend in a shop intent on buying crosses and rosaries meets a seer who agrees to pray on him .Ecstatic, Arthur sets out on the path that leads to the hill of Krizevac and for the first time in his life shows his extreme pain kneeling before the cross and asking in tears the miracle: “For once I manifested my weakness and I humbled myself. I knelt in the mud at the foot of the cross … I cried desperately and begged Heavenly Father to have mercy on me. “

At the nativity party of Maria, Arthur was convinced he was healed (the night before he had felt a strong pain in the lung) and tells his wife to want to undergo a series of analyzes, The analyzes give negative results, the tumor was still present, but he is convinced that he will recover, thus, two days before the operation (on 12 September) the two spouses require a tomography from which surprisingly it turns out that the tumor has completely withdrawn. The doctor surprised, warns him that in all likelihood will resurface but after 16 years from that event Arthur enjoys excellent health. 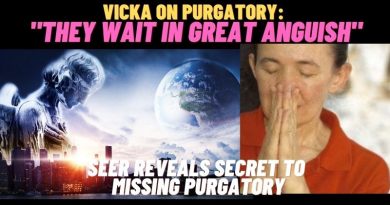 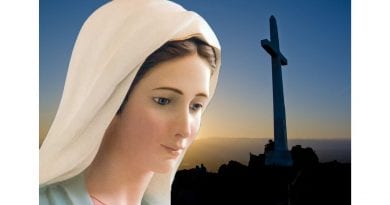 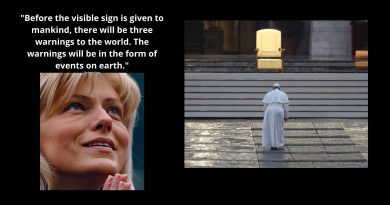 Douglas Collier13 minutes ago Thank you Father Mark for this message. I can say Jesus and Mother Mary reached into