For a number of years, Mystic Post has reached out to many Catholic journalists, pundits, and newspaper editors, including diocesan newspaper editors – namely Arlington Diocese’s newspaper, The Catholic Herald, seeking clarity on the positive trends coming from the Vatican towards its views on Medjugorje. The conclusion I’ve reached is that the so-called sophisticated Catholic media hold editorial positions that are overwhelmingly negative and embarrassingly uninformed.  What do I hear? – From Michael Flach, Editor and General Manager, at the Arlington Diocese: “My understanding Medjugorje has been condemned.”  Completely untrue of course. We also hear –  “We don’t really report on supernatural claims.” This makes no sense to us because millions of Catholics visit Marian shrines around the world every year.   And these are the nice things Catholic journalists say about Medjugorje. The real problem and where we see dark forces at work comes from many in Catholic media who are committed to promoting Medjugorje in a negative way. These negative views dominate the narrative despite dramatic positive announcements coming from Rome.   It has become clear to us that the Vatican sees Medjugorje as “light in a world going down in darkness.” while many in USA Catholic media continue to be curiously mute on an issue important to millions of people.  The most frustrating aspect to all of this is the closed minds of the gatekeepers – they refuse to engage in thoughtful conversation – trust me I have tried.

The following “Ten Truths of Medjugorje” are clear and obvious evidence of the positive views the Vatican holds on Medjugorje yet Catholic media refuse to report these important and sacred developments. 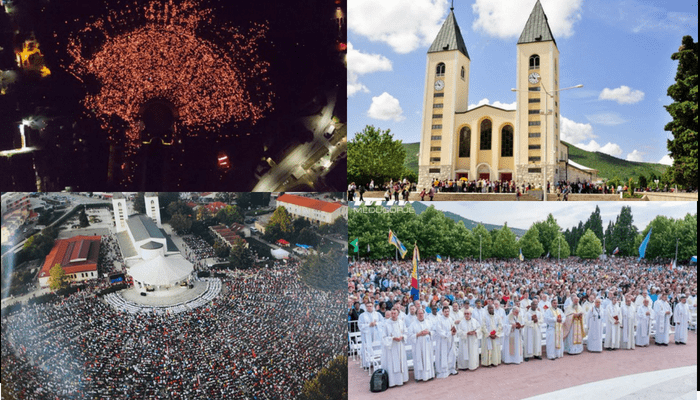 By comparing Medjugorje, a site where the Virgin Mary has allegedly been appearing since 1981, to the already recognized shrines of Fatima and Lourdes, a papal envoy has raised hopes that official confirmation of Medjugorje may also be in the works. “I believe that the message of peace, which is central here in Medjugorje, is intended for the whole world,” said Polish Archbishop Henryk Hose, appointed in May as “Apostolic Visitor” for an undetermined time to the Saint James parish in Medjugorje, in Bosnia-Herzegovina, run by the Franciscan friars. According to the prelate, the message allegedly being delivered in Medjugorje can be put at the same level as that delivered in the French city of Lourdes and the Portuguese city of Fatima. The last two have been recognized by the Vatican as worthy of belief for over a century. Crux.com

2. Holy Father “The conclusions are positive” 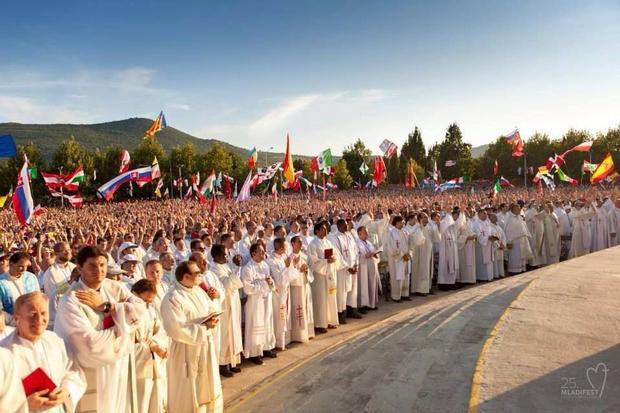 “I can only say that the conclusions are positive. In fact, the Holy Father already, on the plane returning from Fatima, spoke about Medjugorje, and now sent Card. Simoni [Ernest Simoni Troshani] from Albania and asked him to preach a good word there. I think everything is going in the right direction. My mission was not to close Medjugorje but to evaluate whether the pastoral ministry was proper, consistent with the doctrine and teaching of the Church, effective and well organized. I conclude that this is the case. On the pastoral side, my assessment is very positive. Thus, the ongoing pastoral activities, liturgical order, and conferences should continue.”  Source: Crux.com 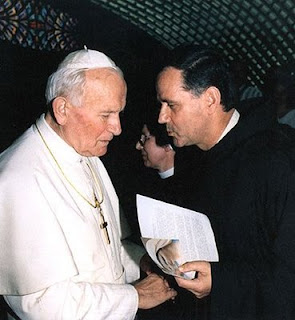 Pope John Paul II once powerfully observed, “Today’s world has lost its sense of the supernatural, but many are searching for it –and find it in Medjugorje, through prayer, penance, and fasting.  ‘If I were not Pope, I would be in Medjugorje a long time ago. I know everything, I have been following everything. Ask pilgrims to pray for my intentions. And take good care of Medjugorje because Medjugorje is the hope for the entire world…’ ” Source: Medjugorje.org Archbishop Henryk Hoser of Warsaw-Praga “The devotion of Medjugorje is allowed. It’s not prohibited, and need not be done in secret… Today, dioceses and other institutions can organize official pilgrimages. It’s no longer a problem… The decree of the former episcopal conference of what used to be Yugoslavia, which, before the Balkan war, advised against pilgrimages in Medjugorje organized by bishops, is no longer relevant. —Aleitia, Dec. 7th, 2017 The commission established by Pope Benedict XVI to study the alleged apparitions of Mary at Medjugorje, Bosnia-Herzegovina, reportedly voted overwhelmingly to recognize as supernatural the first seven appearances of Mary in 1981.   SOURCE: Catholic Herald

Mark Mallett: “For the first time in 36 years since the apparitions began, a Commission seems to have “officially” accepted the supernatural origin of what began in 1981: that indeed, the Mother of God appeared in Medjugorje. Moreover, the Commission appears to have affirmed the findings of the psychological examinations of the visionaries and upheld the seers’ integrity, which has long been attacked, sometimes ruthlessly, by their detractors.  The committee argues that the six young seers were psychically normal and were caught by surprise by the apparition and that nothing of what they had seen was influenced by either the Franciscans of the parish or any other subjects. They showed resistance in telling what happened despite the police [arresting] them and death [threats against] them. The Commission also rejected the hypothesis of a demonic origin of the apparitions.”

6.  “The world needs Medjugorje. Medjugorje is a light in a world going down in darkness” 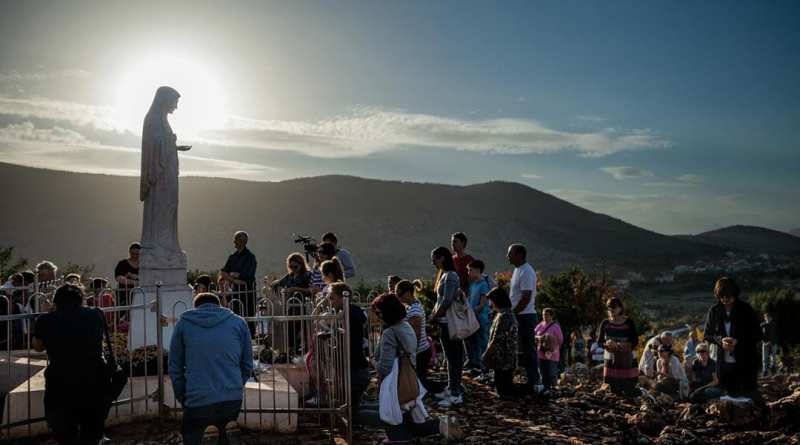 Papal Envoy: “You can say to the whole world that there is a light with Medjugorje, and we need these spots of light in the world that is going down to darkness. So friends, be carriers of this joyful news.”  Source: Multiple/Mystic Post 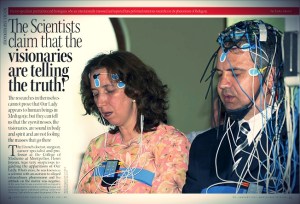 More recently, in 2006, members of Dr. Joyeux’s team again examined some of the seers during ecstasy and sent the results to Pope Benedict. After twenty years, our conclusion has not changed. We were not wrong. Our scientific conclusion is clear: the Medjugorje events must be taken seriously. —Dr. Henri Joyeux, Međugorje Tribune, January 2007

8. The Spiritual Fruits of Medjugorje 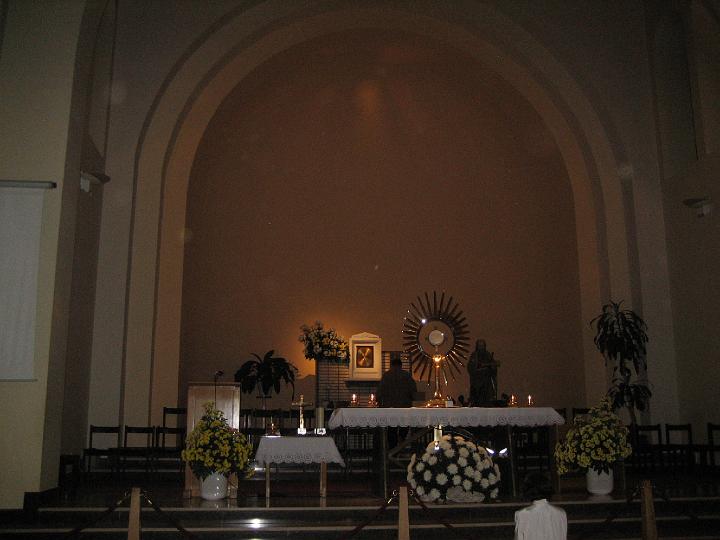 “Medjugorje represents Europe’s spiritual lungs, a place where millions discover God and the beauties of the church.” Papal Envoy –  Crux.com
We have a great responsibility towards the whole world, because truly Medjugorje has become a place of prayer and conversion for the whole world. Accordingly, the Holy Father is concerned and sends me here to help the Franciscan priests to organize and to acknowledge this place as a source of grace for the whole world.—Archbishop Henryk Hoser, Papal Visitor assigned to oversee pastoral care of pilgrims; Feast of St. James, July 25th, 2018; MaryTV.tv

“People perceive things in Medjugorje that they don’t have at home,” Archbishop Hoser said of Medjugorje. Archbishop Hoser praised various expressions of faith he found in Medjugorje: the centrality of the celebration of the Holy  Eucharist, devotion to the Word of God, adoration of the Blessed Sacrament, devotion to the Rosary, and meditation on the mysteries of the faith and the Way of the Cross. He also praised the frequent use of the sacrament of reconciliation. In many old Christian countries, individual confessions do not exist anymore. In many countries, there is no adoration before the Blessed Sacrament. In many countries, there is no Way of the Cross anymore. There’s no Rosary anymore. In Britain, in France, they told me the last time they prayed the Way of the Cross was 30 years ago. And such dryness of sacred space obviously leads towards a crisis of the faith.” – Papal Envoy  Source: National Catholic Register 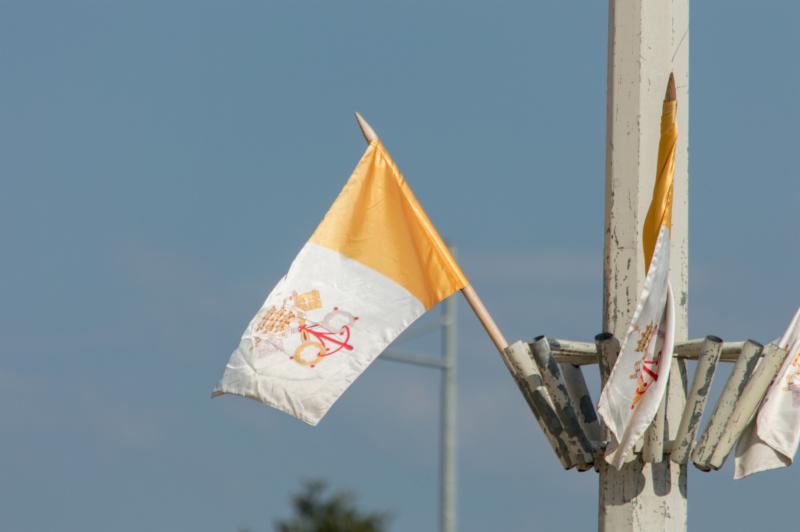 “We now have to re-create its infrastructure, firstly by securing its liturgical space. We also need to expand its areas for retreats and provide new places for celebrating the Eucharist, especially for pilgrims,” he said. This will include both structural improvements to existing buildings as well as new buildings that will accommodate the many pilgrims who participate in the sacrament of reconciliation. The plan is chiefly aimed at the spiritual welfare of the pilgrims who come there and to ensure that they are shown proper hospitality. At the same time, while Pope Francis has shown support to the pilgrims who travel to Medjugorje. Source Aleteia.com

10. The Message of Peace 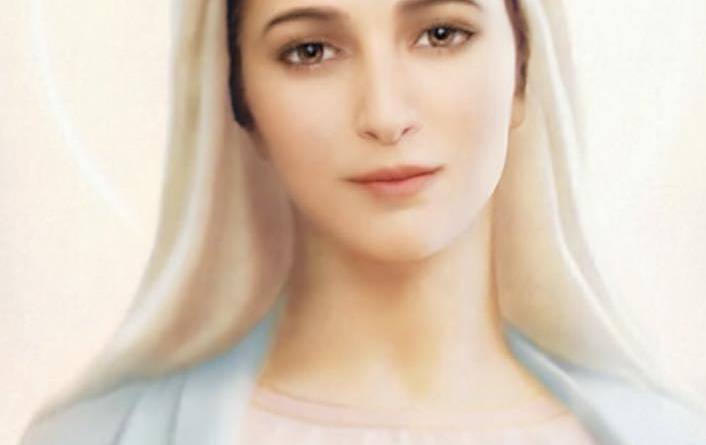 “Peace, peace and only peace, Peace must reign between God and man and among all people.”  – The Queen of Peace June 26, 1981 – Our Lady’s first message for the world.

“To invoke the Queen of Peace, the Mother of God: This is the specific role of Medjugorje. It is most important.” The Vatican Special Envoy to Medjugorje

11. Medjugorje will be even greater!  Henryk Hoser, Archbishop whom Pope Francis has named as the Apostolic Visitator to Medjugorje, announced the construction of a shrine in this town located in Herzegovina.

“An important argument in favor of Medjugorje is the statistics of Medjugorje itself. We see the number of pilgrims increasing, and not only that pilgrims come from all over the world, but, after their return home, they do everything to keep on living in the spirit they have discovered here in Medjugorje. It seems to me that there are more people in the world who know where Medjugorje is located than for the capital of BiH, “Archbishop Hoser said in an interview for Vecernji.hr.

Speaking on the expansion of the shrine, he said that a group of architects is already preparing the project.

“The plan is to extend the space for liturgical celebrations, which will meet all the climatic conditions, it will be cold during summer, and warm in the winter. The open square, the outer altar space, do not protect the people who participate in the liturgical celebrations. We still think to build a chapel, “Hoser said. 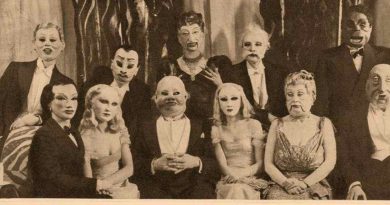 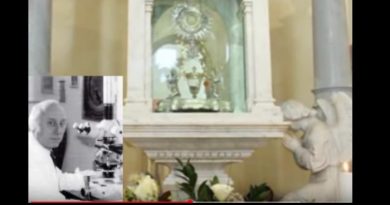 “Dear brothers and sisters, Mary is the Woman from the future. Because she is the only person, who with her