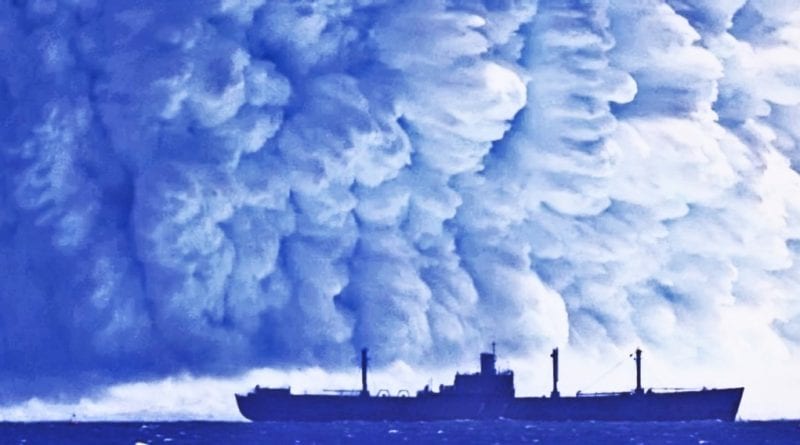 Since 2015, when images of a Russian nuclear torpedo first leaked on state television, the world has asked itself why Moscow would build a weapon that could end all life on Earth.

While all nuclear weapons can kill thousands in the blink of an eye and leave radiation poisoning the environment for years to come, Russia’s new doomsday device, called “Poseidon,” takes steps to maximize this effect.

If the US fired one of its Minutemen III nuclear weapons at a target, it would detonate in the air above the target and rely on the blast’s incredible downward pressure to crush it. The fireball from the nuke may not even touch the ground, and the only radiation would come from the bomb itself and any dust particles swept up in the explosion, Stephen Schwartz, the author of “Atomic Audit,” previously told Business Insider.

But Russia’s Poseidon is said to use a warhead many times as strong, perhaps even as strong as the largest bomb ever detonated. Additionally, it’s designed to come into direct contact with water, marine animals, and the ocean floor, kicking up a radioactive tsunami that could spread deadly radiation over hundreds of thousands of miles of land and sea and render it uninhabitable for decades.

In short, while most nuclear weapons can end a city, Russia’s Poseidon could end a continent.

Even in the mania at the height of the Cold War, nobody took seriously the idea of building such a world-ender, Malcolm Davis, a senior analyst at the Australian Strategic Policy Institute, told Business Insider.

So why build one now?

Davis called the Poseidon a “third-strike vengeance weapon” — meaning Russia would attack a NATO member, the US would respond, and a devastated Russia would flip the switch on a hidden nuke that would lay waste to an entire US seaboard.

According to Davis, the Poseidon would give Russia a “coercive power” to discourage a NATO response to a Russian first strike.

Russia here would seek to not only reoccupy Eastern Europe “but coerce NATO to not act upon an Article 5 declaration and thus lose credibility,” he said, referring to the alliance’s key clause that guarantees a collective response to an attack on a member state.

Russian President Vladimir Putin “has made it clear he seeks the collapse of NATO,” Davis continued. “If NATO doesn’t come to the aid of a member state, it’s pretty much finished as a defense alliance.”

Essentially, Russia could use the Poseidon as an insurance policy while it picks apart NATO. The US, for fear that its coastlines could become irradiated for decades by a stealthy underwater torpedo it has no defenses against, might seriously question how badly it needs to save Estonia from Moscow’s clutches.

“Putin may calculate that NATO will blink first rather than risk escalation to a nuclear exchange,” Davis said. “Poseidon accentuates the risks to NATO in responding to any Russian threat greatly, dramatically increasing Russia’s coercive power.”

Davis also suggested the Poseidon would make a capable but heavy-handed naval weapon, which he said could most likely take out an entire carrier strike group in one shot.

Russia has recently signaled its willingness to use nuclear weapons to coerce the West with its violation of the Intermediate-Range Nuclear Forces Treaty, Davis said. These missiles are purpose-built for taking out European capitals from the Russian mainland.R

But Russia has frequently engaged in nuclear saber-rattling when it feels encircled by NATO forces, and so far it has steered clear of confronting NATO with kinetic forces.

“Whether that will involve actual use or just the threat of use is the uncertainty,” Davis said.

While it’s hard to imagine a good reason for laying the kind of destruction the Poseidon promises, Davis warned that we shouldn’t assume the Russians think about nuclear warfare the same way the US does. 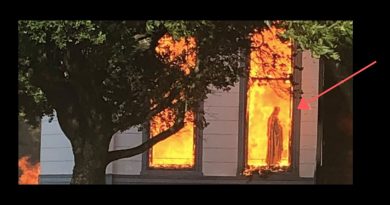 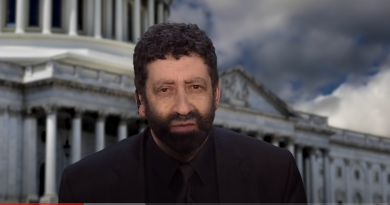 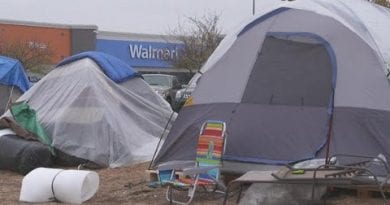 “We could be on the verge of a major upheaval” China Urges: Stockpile Food and Supplies?!?! – Fr. Mark Goring, CC

Newt Gingrich: ‘Alternative worlds’ of left and right bode ill for future ..’I think we are headed toward a serious, bitter struggle in America”