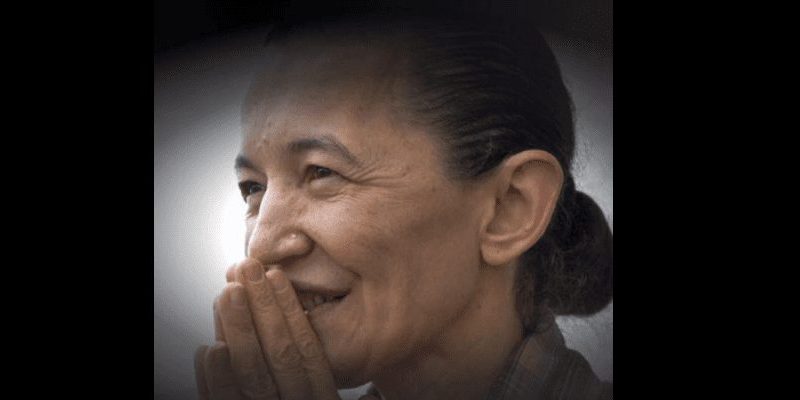 This emotionally charged testimony by Dr. Glamuzina has been circulating around the internet for a few years, but what makes this testimony news worthy today is that the Doctor’s experience with the visionaries was on the sixth day of the apparitions. The Vatican investigation committee into Medjugorje has concluded that the first SEVEN days of the apparitions are “Supernatural in nature”.

The Vatican investigation was clearly aware of Dr. Glamuzina’s testimony and her account of her experience with the visionaries undoubtedly  had a powerful  impact on the committee members final decision.

“I WAS 99.9% SURE I COULD EXPOSE A TRUTH THAT THE VISIONARIES ARE FALSE”

Dr Darinka Glamuzina was sent by the Medical Committee of Citluk with the head of the clinic on day 6 of the apparitions, June 29th 1981, to be present on the hill for the visionaries alleged encounter with Our Lady and expose it as a fraud. 34 Years later on Monday 5th October 2015 she tells her incredible story to pilgrims in the St John Paul II Hall , Medjugorje, of her interrogation of the visionaries that lead her to a U-turn conversion on the hill of Pdbrdo.

Her testimony lasted 1 1/2 hours and Teresa Burby, a pilgrim who travelled out with us and 63 pilgrims from Ireland and England said “we sat there and listened to every single word she spoke – we could not miss a thing – she spoke so beautifully.” Dr Darinka is now a member of the parish choir of Medjugorje and shared that she prays 7 rosaries daily. A previous written testimony can be found here. We will leave some brief excerpts from her incredible talk that took place last week here:

“I was 100% agnostic and did not believe in the apparitions. I was a doctor of medicine and psychiatry at the nearby clinic in Citluk. We were informed within a week of the apparitions at Medjugorje and I was sent with the Head of Clinic to be present during the apparition to disparage and expose it as a fraud”

“We first had them brought to our clinic. I was sure I could somehow break them up or contradict them from each other – I kept trying to find a way to get in between them – to somehow expose something or cut off their unity in their story. But it was impossible to break them down or confuse them. And their maturity in their answers was coming from something far more intelligent than their own intellect of their age’

“The head of the clinic and myself went to attend the apparition. The interesting thing was normally when investigating an incident medically, the incident is in the past, and so we have to go by what data and evidence we can collect. This instance however was to be announced at 6.40pm so it was very interesting for us to go there and be present.”

“Vicka was the most responsive and talkative of the visionaries – so I communicated the most with her. I asked her if I could present some questions to the so called Gospa. The first thing that interested me is rather than immediately responding, Vicka told me “Let me ask Our Lady, and I will get back to you”. This interested me as it indicated a further source of information. However I was not in the slightest bit convinced.

She turned back to me and said “Our Lady says you may”
The first question I had to present was “who are you?”

“This answer confused me. In Medjugorje and the surroundings we had peace (Exactly ten years later when the war broke out we understood why She chose this name). I posed another question therefore “how can we have peace when there are so many different religions?”

“Vicka again took a process of turning her ear to me, receiving and nodding as I spoke, then turning back to Our Lady, speaking the question, and then silence as she seemed to receive information and nod her head, then turn back to me with an answer. This all impressed me but again, in no way convinced me and perhaps by now I was 90% sure I could still expose the apparitions as fraud.”

“Gospa says: There is but One Faith and One God”
“OK I thought to myself, then I wondered why would this place be chosen if there was a message to give the world, in the middle of nowhere rather than somewhere like Paris where if that place was chosen the message could be instantly made world famous due to its international position. I asked Vicka to ask why here in Medjugorje did Our Lady choose to come .

“I then asked Vicka to ask the apparition if I could touch her, I didn’t think the question through before Vicka went ahead and turned back and said “Gospa said: yes you may”

“There was no turning back. I had asked it now and realising that it could happen I came to the point of no return and had to go ahead. I reminded myself I was here on behalf of the Clinic.”

“I asked Vicka how can I if I can’t see her and Vicka pointed out where to put my hand”
“I reached out my hand to where Vicka showed me…To this day I cannot describe what I felt in that moment. I reached out my hand and could sense that whatever was there was leaving. I looked at the visionaries and saw their faces had changed from an ecstatic joy to sad and concerned”

“I asked the visionaries “She has gone hasn’t She?” And Vicka said “yes She’s gone”. I then said if Gospa said anything and Vicka told me that Our Lady said “There will always be doubting Judases”

I could not believe these words were attributed to me, so strong, that it confronted me. I realised that here I was trying to prove the visionaries as false as if I had the truth, when infact they were the ones that had the truth and I was false, I was that false Judas who wanted to betray these visionaries and make them appear false.

“I came back down from that hill a different person. I will never be able to describe what I felt on that day.”
“Everything I needed to know I received and I no longer sought the visionaries.”

“I can tell you when you hear bad things or rebukes said about the visionaries, they are good, good people. They have to live in the modern world, raise families, have daily apparitions whilst having the world at you – it is not easy! But I can tell you to this day all of them are very good people.

“After this experience I saw how Medjugorje has to keep passing through the doubts like I put it through at the very beginning, repeating itself but growing on a bigger scale. It has been doubted then accomplished faith in its parish, then its region, now it is reaching a world scale and again it is like the apparitions pulsates from moments of doubt then moments of faith as it grows bigger.”

“Now it is on a world scale and again we hear the world throwing its doubts as I once did. I can only tell you that when you see doubts coming to Medjugorje this is the sign that something great is about to happen, and it is going to pulsate and grow bigger from greater doubt to even stronger belief. We are on the brink of something great that will happen.” 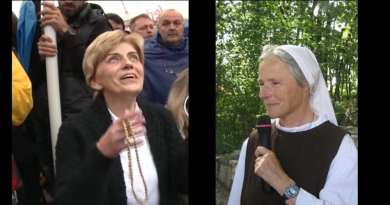 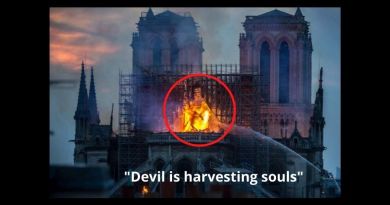 7 thoughts on “DOCTOR WHO MET THE CHILDREN: “I BELIEVE WHAT WE ARE EXPERIENCING IN MEDJUGORJE IS THE MOST IMPORTANT EVENT IN THE HISTORY OF MANKIND AFTER CHRIST WALKED THE EARTH””

HAYS COUNTY, Texas — A girl’s inoperable brain tumor is gone and doctors have no explanation. Today, Roxli Doss is doing

Holy Week Miracle?: “Eye” Miracle at Church of the Holy Sepulchre in Jerusalem

Signs: Going Viral: “I never dreamed that I would have to face the prospect of not living in the United States of America, at least not the one I have known all my life”…please read