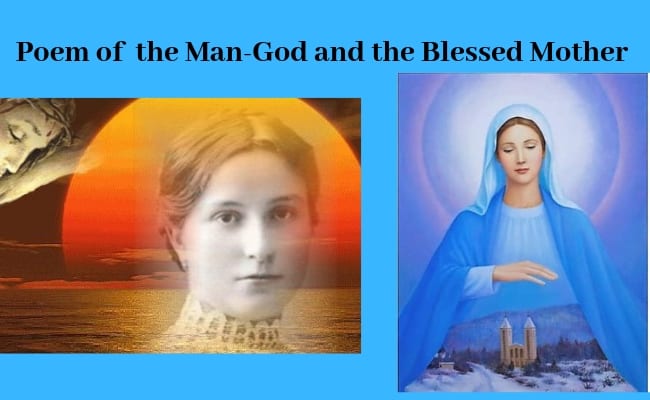 In the March 18 2019, in her special message to Mirjana Our Lady had powerful words to say about her Son. But what stands out is her reference and a reminder that Jesus is both “God and Man”, both spirit and flesh. This is not the first time the Blessed Mother has referred to Jesus as “God-Man”. A little known fact about the visionaries is that they have mentioned Maria Valtorta’s book “The Poem of the Man-God” for time to time and in fact have suggested that the Blessed Mother has made references to the book as a way to better know her Son, Jesus.

Here is the March 18, message and what follows is an article written by scholar Davide Bianchini about Maria Valtorta’s book and what the visionaries have said about it.

“My children, As a mother, as the Queen of Peace, I am calling you to accept my Son so that He can grant you peace of soul—that He can grant you that which is just, which is good for you. My children, my Son knows you. He lived the life of man, and at the same time of God: a wondrous life—human flesh, divine Spirit. Therefore, my children, while my Son is looking at you with His eyes of God, He penetrates into your hearts. His tender, warm eyes are looking for Himself in your heart. My children, can He find Himself [there]? Accept Him, and then the moments of pain and suffering will become moments of tenderness. Accept Him, and you will have peace in [your] soul—you will spread it to all those around you—and this is what you now need the most. Heed me, my children. Pray for the shepherds, for those whose hands my Son has blessed. Thank you.”

To anyone who has not studied the history of this book, it may seem justified to harbor such reserve and caution with regard to it. After all, what more compelling sound-byte is there (in an age where sound-bytes govern our culture and media, rather than thorough scholarship) than; “It was on the Index of Forbidden Books. Stay away.”?\ 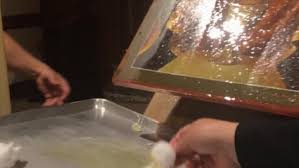 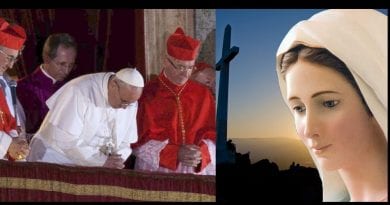 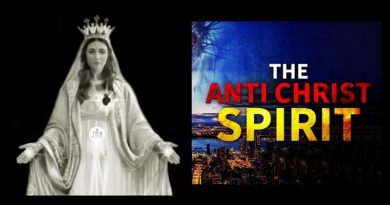 One thought on “Mysterious Claim: Did the Virgin Mary Encourage the Faithful to Read “The Poem of the Man-God” in Order to Know Jesus? March 18, 2019 Message offers clue: “He lived the life of man, and at the same time of God: a wondrous life—human flesh, divine Spirit.””

Father Petar Ljubicic:  Secrets, as the word itself says, are secret and at the moment we do not know their

Source:La Luce di Maria Medjugorje: due figure molto amate stanno lottando col Covid They are the pontifical in the parish