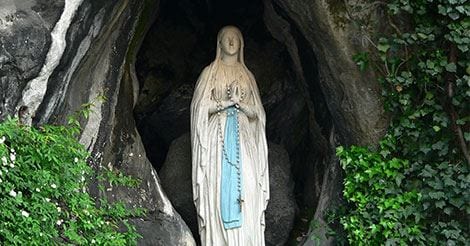 At Lourdes, Divine Providence takes two different attitudes towards human suffering. The first is more sensational and thus catches our attention more. It is when Our Lady, as a compassionate mother, heals the sick and lame and thus proves the veracity of the Faith. This, in turn, shows her mercy for wayward souls, by giving them a strong motive to convert.

The innumerable pilgrims who are not cured exemplify the other attitude, and beg the questions: “Why would Our Lady cure one and not others?” and “Isn’t this in contradiction to the first attitude?”

The answers to these questions demonstrate suffering’s raison d’être and role within the perfection of the Divine plans. Thus, we can learn much more by this second attitude than by the first.

To reach a conclusion, we first must recognize that Our Lady demonstrates her goodness at Lourdes. She shows that she can and wants to work miracles for her children. Nevertheless, the vast majority of pilgrims return uncured.

Analyzing the matter, we conclude that suffering and spiritual trials are the very means of most souls’ sanctification. These are necessary, because most souls only develop detachment and love of God through suffering. Saint Francis de Sales expressed this well when he called suffering the “eighth sacrament.”

I was speaking one day with Cardinal Pedro Segura, Archbishop of Seville. He recounted a conversation he had with Pope Pius XI. The Holy Father was bragging that he had never been sick, when Cardinal Segura smiled and said: “Then Your Holiness is lacking the sign of the elect.”L

The pope was startled and the cardinal continued: “All the predestined were sick or afflicted, and seriously so, for at least part of their lives. If Your Holiness has never been sick, it is a bad sign.”

Some days later, Pius XI had a massive heart attack. From his sick bed, the pope wrote a note to Cardinal Segura that read: “Your Eminence, now I have the sign of the elect.”

Truly, sickness and suffering of every order are signs of the elect.

Our Lady realizes that suffering is indispensable for the salvation of souls. She would endanger their eternal destiny if she were to cure everyone who visited Lourdes.

Furthermore, she does something even greater for those whom she does not cure. She gives them such an acceptance of their condition that I have never heard of someone who returned from Lourdes, embittered because he was not cured.

The preceding text is taken from an informal lecture Professor Plinio Corrêa de Oliveira gave on February 6, 1965. It has been translated and adapted for publication without his revision. –Ed. 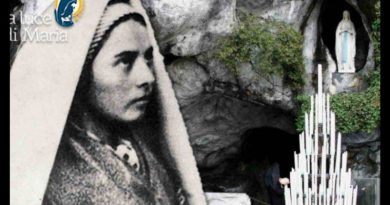 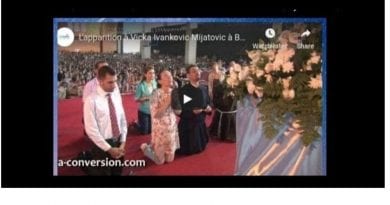 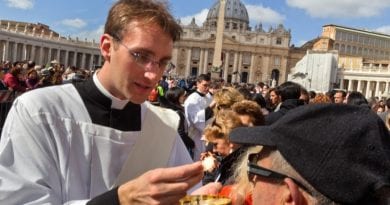 Devotion to Our Lady of Fatima Picture of the Three children of Fatima, Immediately after seeing the Vision of Hell

By Fr JOZO ZOVKO OFM One lovely day in the history of Israel, the figure of Goliath came forth. He