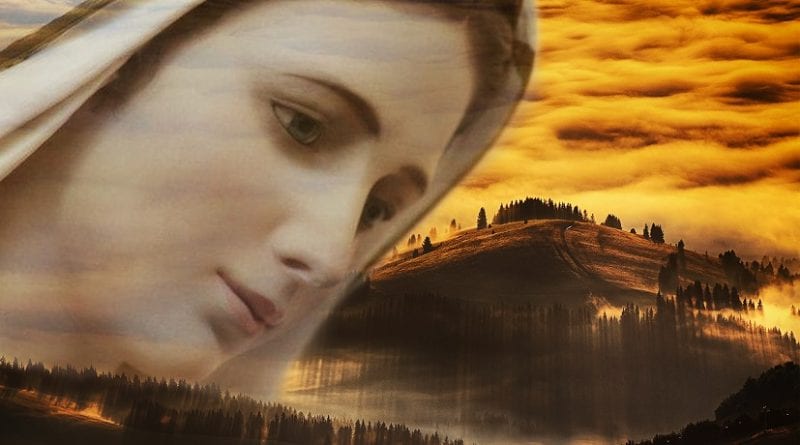 Medjugorje is the fulfillmet of Fatima watch Video

By Stephen Ryan – Author of The Madonna Files

On May 13, 1981, the anniversary date of the first apparition at Fatima, Pope John Paul II was shot by a Russian hired assassin. The Pope’s injuries were severe and he was rushed to the hospital bleeding heavily. Thanks to the overall good health of the Polish Pope,  he survived the serious injuries but not before saying famously that the Virgin Mary’s hand had guided the bullet away from his heart.

While recovering in the hospital, Pope John Paul II began to focus on the coincidence that the assassination attempt occurred on the anniversary date of the first Fatima miracle. After much prayer and meditation, he sent his trusted aide, Bishop Pavel Hnilinca, to Fatima to gather all the information he could find on the events.  Bishop Hnilinca brought many documents back from Fatima including the envelope that contained the mysterious “third secret of Fatima”.

In a homily in 2006 Bishop Hnilica spoke of Pope John Paul II’s great interest in Fatima during his stay in the hospital.

Bishop  Hnilinca: I had many texts in Polish. He read everything with great attentiveness, and it became clear that he was the pope of whom Our Lady had spoken in Fatima and that HE had to fulfill Mary’s assignment. When he left the hospital, he explained to me, “I have now understood that the only way to save the world from self-destruction and militant atheism is the conversion of Russia according to the messages of Fatima. After his stay in the hospital, I gave the Holy Father a Fatima statue which German pilgrims brought as a gift from Fatima. He crowned it and kissed it with the words TOTUS TUUS. I then said to him, “The conversion of Russia will be carried out under your pontificate.” The Holy Father remained silent for a time and prayed silently standing before the statue. He then asked me, “How am I supposed to do that?” I said to him, “You have been chosen by God’s providence to consecrate Russia in union with all bishops to the Immaculate Heart of Mary. World peace depends upon this because the conversion of Russia is the victory over Satan.” A short time later the Holy Father had the state brought to Poland and had a chapel built there on the border. To this day, Our Lady looks from there in direction Russia.”

The Fatima apparitions would inspire Pope John Paul II to look to Our Lady for help in combating the evils of Communist atheism and his commitment to fulfilling her requests would eventually lead to successfully completing  the consecration of Russia on March 24, 1984.

But three years before Russia’s consecration and just days after the Pope left the hospital something remarkable happen that would also aide greatly in Pope John Paul II’s efforts to defeat atheist communism. .  On June 24, 1981 six young visionaries claimed that the Virgin Mary had appeared to them in the communist country of Yugoslavia.

The Pope soon learned of the events taking place in the small village named Medjugorje and became immediately drawn to mystery. It was not lost on the Pope that the reported claims of Marian apparitions were taking place in a communist country.

Bishop Hnilica said in an interview that the Pope told him “Medjugorje is the continuation of Fatima,   “Our Lady appears for the first time in Communist lands because of the problems that come from Russia.”

Pope John Paul II’s interest in Rene Laurentine’s book about Medjugorje is significant in that they contained mysterious messages  from the Virgin Mary – messages with prophetic overtones.

In October of 198 on the anniversary date of the Miracle of the Sun at Fatima October 13,  The Queen of Peace made predictions about the future of Poland and Russia. It is important to note that the  earliest messages from 1981-1983, recorded by the parish in Medjugorje (Information Center MIR Medjugorje, www.medjugorje.hr), were confiscated and destroyed by the communists police.But fortunately, a second set of recordings were found that contained the 1981-1983 messages from the Virgin Mary to the visionaries. Fr. René Laurentin, and Professor René LeJeune had tapes of the early messages. They were originally recorded in French, and translated into English by Juan Gonzales Jr., Ph.D, and  great care was taken in their recording, translation, and compilation.

The prophetic messages are as follows:

In October of 1981, the Virgin Mary told visionary Marija Pavlovic: Russia will come to glorify  God the most; the West has advanced civilization, but without God, as act as though they are there own creator.

Also in October of 1981 the visionaries were asked about Poland:“There will be great conflicts, (in Poland) but in the end, the just will take over.”

What is extraordinary about the astonishing prediction that  Russia would someday experience a spiritual revival is  that at the time of the prophecy the Soviet Union was still very much an atheist state – at war with Christianity.  The Pope was a real threat to the totalitarian regime. So much so that the Soviet Union planned to kill Pope John Paul II. In 1981,  the idea that the Soviet Union would collapse and that the country of Russia would emerge from the ruin of the atheist state and become the world’s leading defender of Christianity was inconceivable.     Mr. Leon Aron, writes:  “Every revolution is a surprise. Still, the latest Russian Revolution must be counted among the greatest of surprises. In the years leading up to 1991,virtually no Western expert, scholar, official, or politician foresaw the impending collapse of the Soviet Union. It is  hard to think of any event more strange and startling, and at first glance inexplicable, than the sudden and total disintegration and disappearance … of the great power known successively as the Russian Empire and then the Soviet Union.”

Today, the United States Government is taking away religious freedoms like never before and moving forward into the future with a toxic relationship with people of faith. Major corporations have gathered their torches and pitchforks alongside government and  joined the rebellion as well. Facebook censures images of the crucifix, TV hosts call Christianity a “mental disorder” and everybody laughs, major universities hold classes mocking Christianity with topics like “Christian privilege”.   Pro-life organizations are labeled as “Hate groups”.

The Christian renewal –  the spiritual awakening – taking place in Russia is a real event with incalculable geopolitical consequences and so it is imperative that USA policy makers understand Russia’s total commitment to defending  its culture, a culture that begins with their belief that Christianity is the foundation of their country. In July of last year, at a ceremony celebrating the 1030th anniversary of the adoption of Christianity, Putin had this to say: “Christianity was the starting point for the formation and development of Russian statehood, the true spiritual birth of our ancestors, the determination of their identity. Christian identity,  the flowering of national culture and education.”

Putin unabashedly declares Russia’s “identity”is inextricably tied to its Christian roots. But this is in stark contrast to how this word is used today by those in powerful positions – celebrities, media elites, and government officials who shape culture in United States.  Gatekeepers of modern culture in America rejoice in the marvelous splendor of word “Identity”. In fact the word has turned into its own powerful political movement called “Identity Politics” and we are told that a coalition of “identities” is a path to some kind of utopian bliss for everybody.   Everybody of course unless you identify as a Christian then its very likely you will be identified as the enemy.

The mystery of the rise of Christianity in Russia, the enigma of what drives Putin and the answer to the riddle of the possible outcomes of two nuclear powers with a tenacious commitment to  their own righteousness – one spiritual, the other secular – lends powerful weight to Churchill’s enduring description of Russia.

Ominously, in an almost mysterious, perhaps even a celestial way, it seems Russia and the United States are on some inevitable path towards conflict guided by an invisible, sinister force determined to usher in the apocalypse.

Stephen Ryan is the author of the political thriller and Amazon best-seller, “The Madonna Files” and owns and operates the Catholic news site “Mystic Post”. Mystic Post has over 40,000 Facebook followers and generates over 300,000 pageviews a month. 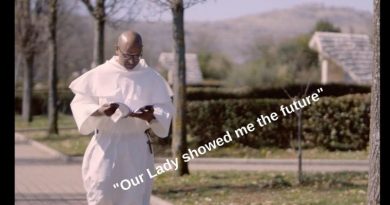 GospelJohn  7:40-53 Some in the crowd who heard these words of Jesus said, “This is truly the Prophet.” Others said,