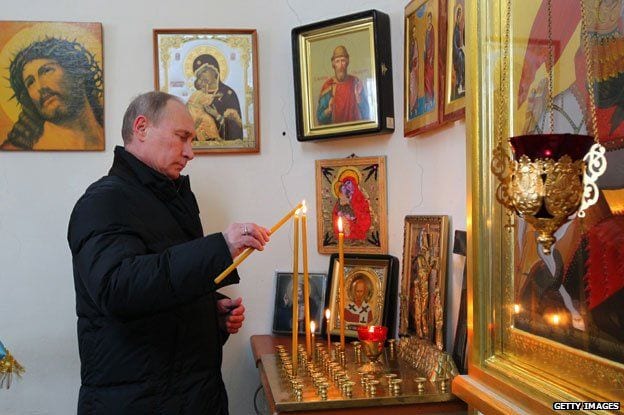 The rise of the Orthodox Church in Russia appears unstoppable, write filmmakers Glen Ellis and Viktoryia Kolchyna who went to investigate the close ties between the church and Putin.

Five years ago, a notoriously profane protest by a female punk band, Pussy Riot, in Moscow’s main cathedral sought to satirise the growing rapport between the Russian state and the Orthodox Church, most especially the close regard President Vladimir Putin and the church’s spiritual leader Patriarch Kirill have for each other.

At the time, this was a relatively fringe concern; most Russians had other things on their minds – such as the country’s economic problems, its deteriorating relationship with the West over Syriaand the re-election of Putin to the top job after an interregnum as prime minister.

But now it’s back on the agenda because many of Putin’s opponents believe the glowing endorsements and mutual back-slaps the Kremlin and the Orthodox Church give each other these days are contributing to ever more tightly defined social and religious conservatism, intolerant nationalism and a growing personality cult around the president.

We had heard that the most obvious outward sign of this close relationship was the proliferation of religious zealotry filling the broadcast airwaves. So we set off for the offices of Tsargrad TV, close to Moscow’s Red Square, to meet Alexander Dugin, editor-in-chief of Russia’s most ultra-conservative Orthodox channel, which boasts the country’s fastest-growing audience.

“After the fall of communism, there was a great abyss …, a void, because everything began to fall down into the black hole. All the certainties, all the truths, all the things that were taken for granted in one moment disappeared,” Dugin says.

With Putin’s help, Dugin explained, the Russian Orthodox Church is filling this void. Indeed, the view as seen through Tsargrad TV eyes is of a Moscow skyline of countless domes and crosses, vying with hammers and sickles – a battlefield of symbols – and its clear which side is winning.

The channel’s owner, Kremlin-connected investment banker Konstantin Malofeev, was once dubbed God’s oligarch, a title he eschews, “I’m God’s servant, not God’s oligarch …” he insists perched behind a large portrait of Nicholas II.

“We live now in Russia … a delightful period, a period of triumph of Christianity.”

Malofeev is clear as to who is responsible. “President Putin is our leader … given to us by God.”

Others insist that by moving the Orthodox Church to centre-stage in Russian affairs Putin is merely ensuring the church’s support for his conservative and nationalist political agenda – a smart move given that between a half and two-thirds of all Russians identify themselves as Orthodox Christians. 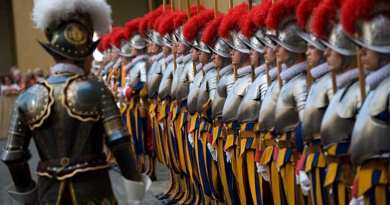 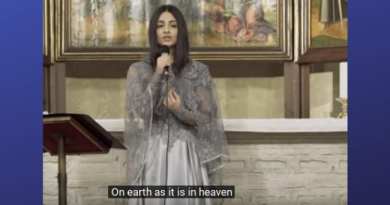 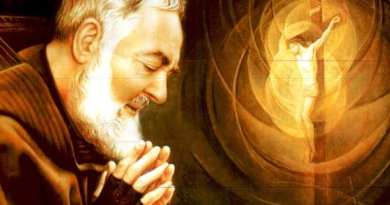 The Holy Masses were suspended in all the parishes of Rome from today until April 3. The spokesman of the Vicariate,