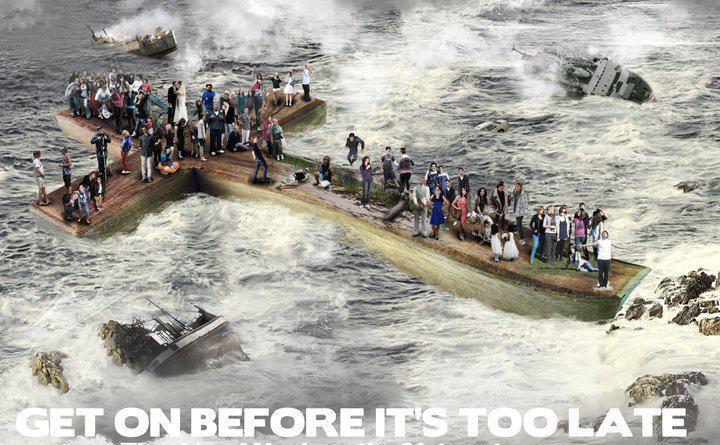 The time to unveil the ten secrets is near, “substantially imminent”.

The end of the world? The last strike? “Not really” they say. “Rather a new beginning”.
Ten secrets, like the ten the plagues of Egypt. First there will be two warnings, then a sign that the seers claim will be  “beautiful and destructible “sign” that is  not made by human hands, finally, seven chastisements, of which the last two are particularly dire.

Everything will be unveiled three days in advance, “so that at the occurrence of every secret even those who are most incredulous understand that it is time to decide for God and to change their lives, seizing the last chance to save themselves”. 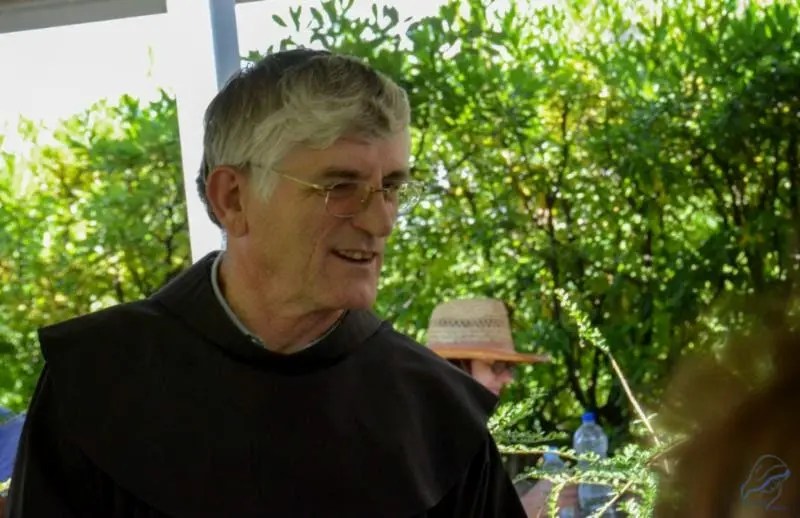 In 1982, it is said that the Madonna during a apparition was drastic about: “Do not wait for the time of secrets because for many it will be too late”. In Medjugorje everyone knows that among the visionaries only one, in due course, will have the Interview with Father Peter Ljubicic,
the task of revealing the secrets of the world: Mirjana Dragicevic.

Or better: Mirjana, when the Madonna will give her own approval, will have to communicate them one after another to the one whom everyone calls “the chosen one”, a friar named Peter Ljubicic. He, who when the apparitions began, was a young friar of the parish of Medjugorje, was chosen by Mirjana for this delicate task.“I chose Father Peter”, Mirjana would say to the Madonna. And she, Our Lady, would have blessed her “wise” decision.

A Franciscan orderly sister, Father Ljubicic tells the paper everything he knows: “Mirjana will reveal to me the content of every secret when Our Lady wants”. When exactly? “Nobody can say it. One day the visionaries asked the Madonna who answered them: ‘Why do you want to know? Are you tired of seeing me? ‘. 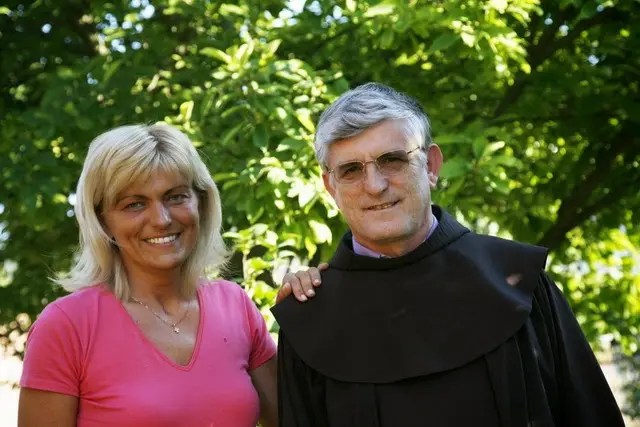 When the time comes, Mirjana and I will pray and fast for seven days. After seven days, I will announce to the world the secret that will be manifested promptly three days later “. Will there be crying and gnashing of teeth?

Father Ljubicic smiles: “We know nothing about the contents of secrets. Only the visionaries know, but do not speak. To those who asked them something more, they always answered: ‘If we reveal them to you, what secrets are they?’

One can only say that it is something that must happen in a particular place and in a certain time. When and where everything will happen we do not know and it is useless to speculate or make false predictions.

We only have to live the existence of these mysteries as an aid for us to take the life that God has given us more seriously and to use this time for conversion and for the salvation of our souls “.

Do you really know nothing about the contents of the secrets? “Mirjana told me only that the first two concern the parish of Medjugorje. And that contain a warning and an important warning for the faithful of the same. If these two secrets come true, everyone will know that the visionaries have told the truth and we will have to qualify the apparitions as authentic. 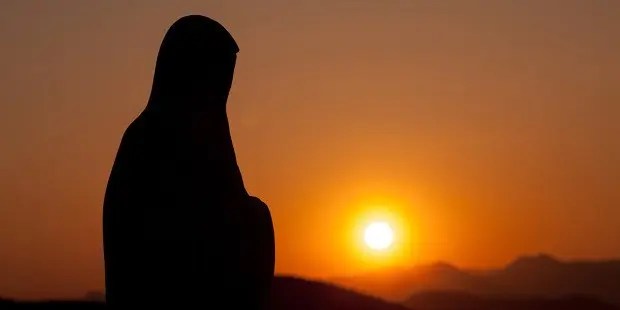 The third secret, however, will be a visible sign on the hill behind the parish where for the first time appeared the Madonna, the so-called Podbrdo. All those who believed in the apparitions and on them have directed their lives, they will enjoy it a lot. But for all men it will be a sign of conversion.

Mirjana has repeatedly spoken about the ninth and tenth secrets. He said that they are serious. They are a punishment for the sins of the world. Punishment can be diminished by prayers and penance, but it can not be avoided. An evil that threatened the world, according to the seventh secret, was canceled thanks to prayer and fasting, said Mirjana.

For this reason, the Virgin continues to invite to prayer and fasting “. One evening thirty years ago Father Ljubicic was in the parish, in Medjugorje. It was Mirjana who approached him and told him: “You have been chosen. You will communicate the contents of the secrets to the world “.

Ljubicic recounts: “At first I thought it was a joke. I wondered if this could be true.The fact that I had been chosen was an honor but also a responsibility. 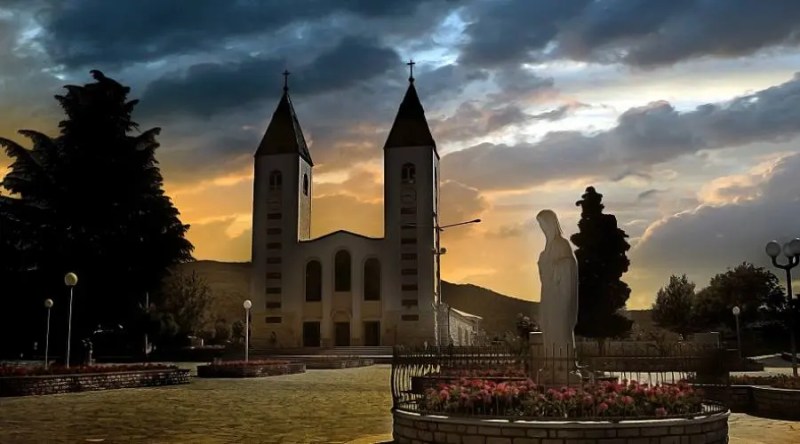 If the Madonna asked me, I had to obey.

I asked Mirjana: ‘Is all this really possible?’ He made me understand yes. I remained silent but immediately I was pervaded by a profound security. I had neither anxiety nor fear. I immediately thought that if I asked the Madonna I had to obey “.

Father Ljubicic explains that the diocese of Mostar has always been critical of Medjugorje and that “even today I believe it is”. Because? “I do not have an answer to this question. There is probably fear of granting recognition while the apparitions are still ongoing. The bishops of Mostar can not see anything positive in Medjugorje.

It’s strange: miracles happen here, people convert, fruits are and are fruits of God. But they do not see them. It is a difficult thing to understand and also to explain “.And the Vatican? In recent months the visionaries have been heard by the committee chaired by Ruini. Back they were very calm and satisfied. In this I read a sign that everything will go in the best way “. 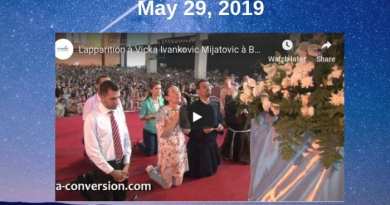 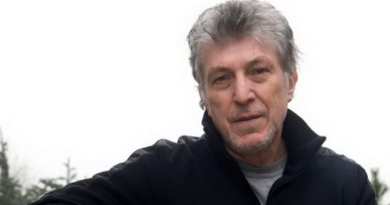 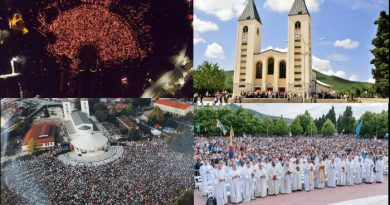 One thought on “The Secrets of Medjugorje … “The end of the world? “Not really” Say the Visionaries – “But rather a new beginning”.”

Sr. Emmauel reports:  ” Jakov, tell us …” the pilgrims ask . – The Gospa came and took us with her. Vicka was with me,

Source Devotion to Our Lady of Fatima Facebook page Translated from Portugese  Look what happened at St. John the Baptist