by Christopher Lamb in Rome

Mystic Post Note: The heart of Medjugorje has always been evangelization. Medjugorje converts people. Medjugorje attracts great men to join the priesthood and calls young people all over the world back to God. How many young souls have been saved by the evangelical nature of Medjugorje? Go to the Youth Festival and you will have an idea. Today in Catholic news we read that the Congregation for the Doctrine of Faith (CDF) has had its prominence diminished as it finds itself below the Dicastery for Evangelisation. The CDF has given trouble to Medjugorje in the past, but today it appears a new way will be open to Medjugorje without interference . Powerful Cardinals friendly to Medjugorje, including Cardinal Schonborn, are members of the elevated dicastery of Evangelization.

New constitution means all work of the curia comes under a mission to evangelise, clipping wings of the powerful CDF

Pope Francis’ reforms of the Roman Curia will see the creation of a new “super ministry” dedicated to evangelisation that will take precedence over the once-powerful Vatican doctrinal body.

The Congregation for the Doctrine of the Faith, formerly the Holy Office of the Inquisition, is the oldest institution in the Curia and known as “La Suprema.” For years, it policed theologians, set out the red lines of Catholic doctrine and gave its rubber stamp to all major Vatican documents.

But according to Vida Nueva, the respected Spanish Catholic publication, the congregation will no longer hold the number one spot in the curia. Under Francis the CDF has already lost significant influence, and the new constitution formally sets out that it now comes under the new mission statement of spreading the Gospel.

The changes are contained in the new Apostolic Constitution on the Roman Curia, Praedicate Evangelium (“Preach the Gospel”) drafted by the Pope and his council of cardinal advisers over the last five years, and which could be published on 29 June, the Feast of Sts Peter and Paul.

The whole thrust of the constitution puts evangelisation at the heart of the Roman Curia’s mission, meaning that every aspect of Catholicism’s civil service, must flow from this.

“Pope Francis always emphasises that the Church is missionary. That is why it is logical that in first place we have put the Dicastery for Evangelisation and not the Doctrine of the Faith,” Cardinal Oscar Rodriguez Maradiaga, the co-ordinator of the council of cardinals, told Vida Nueva for an article to be published in the magazine on Saturday and seen by The Tablet.

“In this way the Holy Father has sent a significant message of reform to the People of God.”

Cardinal Oswald Gracias, another member of the council of cardinals – which is now made up of six members – stressed that this new department will become the “first dicastery.”

In practical terms, the super dicastery on evangelisation will come from a merger of the Pontifical Council for the New Evangelisation, set up by Benedict XVI in 2010 and the Congregation for the Evangelisation of Peoples, which oversees the Church in the old mission territories. Known as Propaganda Fidei it is a powerful part of the Curia with a large budget and influence over appointment of bishops. Its prefect is known as the “Papa Rossa” (“Red Pope”).

Another reform set out by the constitution includes the establishment of the Pontifical Council for the Protection of Minors as part of the curia which would give the Pope’s child protection body greater authority and make it more effective. One of the difficulties the commission has faced has been a lack of any legal status in the Vatican.

Along with its theological work, the CDF oversees the church trials of priests accused of clerical sexual abuse, although it is not clear how the protection of minors body will work with the doctrinal one on this matter.

Meanwhile, Vida Nueva reports that a new dicastery which carries out charitable works in the name of the Pope could also be created in the new constitution.

Francis has already bolstered the charitable office of the papal almoner by making its current incumbent, Konrad Krajewski, a cardinal, although his role is Rome-based and could be expanded. A department based on charity would also demonstrate that bringing the Gospel means words must be accompanied by actions.

“After evangelisation, has to come charity,” Cardinal Maradiaga said.

Founded in 1542, the Congregation for the Doctrine of the Faith was set up to spread “sound Catholic doctrine.”

Under the 23 year leadership of Cardinal Joseph Ratzinger – now Pope Emeritus Benedict XVI – it gained a reputation for investigating and disciplining theologians and played a major role in the Church’s internal doctrinal battles.

During the Francis pontificate, the investigations of theologians by the congregation have dried up and the CDF has taken a back seat under a pastoral Pope who wants doctrine applied to the Church’s mission rather than drifting into ideology.

But Cardinal Gerhard Muller, who served as prefect of the congregation under Francis until his dismissal in 2017, argued that his role meant he was responsible for “theologically structuring” the Francis papacy because the first Latin American Pope was “more pastoral.”

This, however, appeared to be an overstatement of his role given that up until 1965 Popes acted as prefects of the doctrine congregation, and it is the Roman Pontiff who has “supreme, full, immediate and universal” power in the Church.

Since his departure from office, Cardinal Muller has become one of Francis’ most outspoken critics.

The new constitution is set to underline the importance of the Vatican and the Roman Curia being at the service of the Pope and local churches, placing diocesan bishops on a par with the prefects of curial departments. 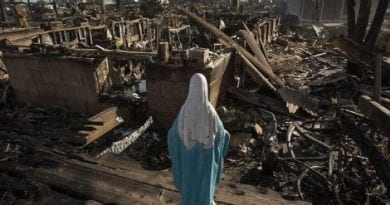 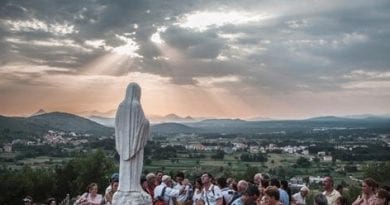