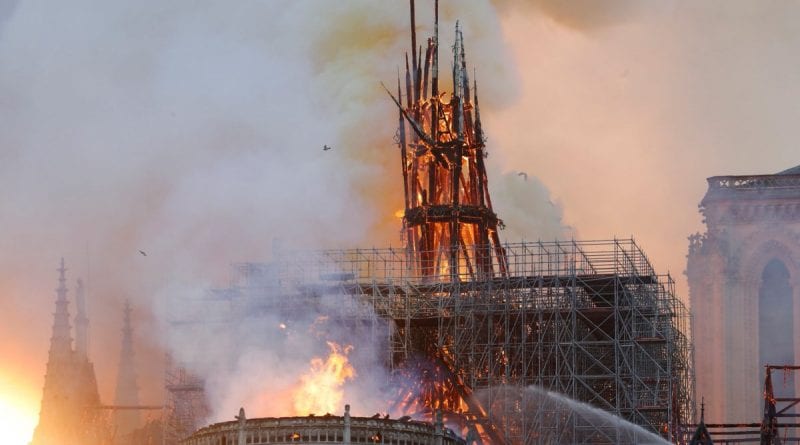 The spire of Paris’s famous Notre Dame cathedral has collapsed after a massive blaze broke out at the cathedral earlier this evening.

Pictures posted on social media showed enormous plumes of smoke billowing into the city’s skyline and flames engulfing large sections of the historic building as firefighters struggled to contain the inferno.

According to French newspaper Le Monde, the fire broke out in the attic of the monument before spreading across the roof.

A spokesperson for the cathedral said the blaze was first reported at 5.50pm (GMT) and the building was evacuated soon after.

Officials in Paris said the fire could be linked to restoration works as the peak of the church is currently undergoing a 6 million-euro ($6.8 million) renovation project.

French President Emmanuel Macron postponed a televised speech to the nation because of the stunning blaze and was going to the cathedral himself.

PARIS (CBS/AP) — A massive fire engulfed the roof of Notre Dame Cathedral in the heart of the French capital Monday, shooting up its long spire and sending thick plumes of smoke high into the blue sky as tourists and Parisians looked on aghast from the streets below. The cathedral’s roof has since collapsed, along with the spire.

CBS3’s Vittoria Woodill is on vacation in Paris with her husband and went to the cathedral on their first day in the city.

“It’s extremely disappointing and disheartening and makes us all sick to our stomach,” said Woodill.

Woodill has been streaming the fire for the CBS Philly Facebook page.

“You can feel the emotion and shock in the air. Everyone is out their windows, out their doors, watching this happening,” explained Woodill.

The cathedral is home to incalculable works of art and is one of the world’s most famous tourist attractions. 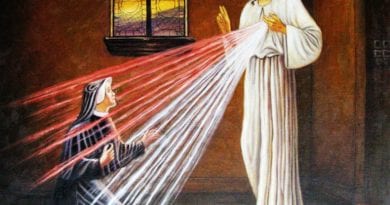 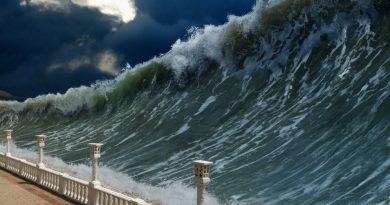 Before reading the comment of the director of Radio Maria, let us reread the words offered yesterday for the world

The Solemnity of the Epiphany of Our Lord Jesus Christ

Traditionally, and according to the Gregorian Calendar, on January 6 we celebrate the Solemnity of the Epiphany of Our Lord