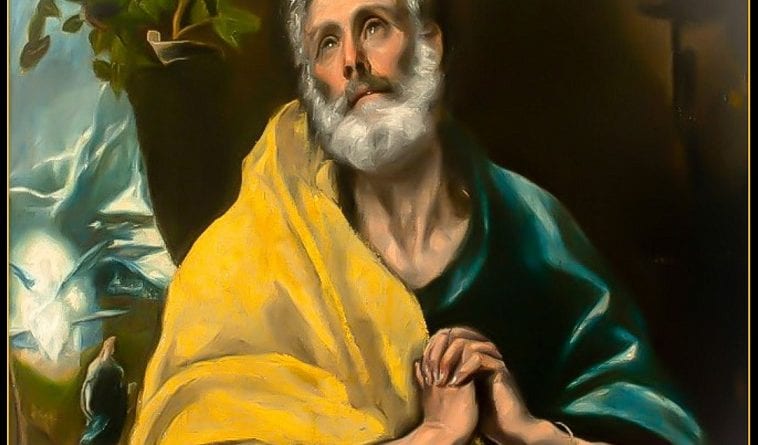 The History of Four Catholic Prayers

Jesus Taught Us How to Pray The Our Father

“Pray, then, in this way: ‘Our Father who is in heaven,
Hallowed be Your name.
‘Your kingdom come.
will be done,
On as it is in heaven.
‘Give us this day our daily bread.
‘And forgive us our debts, as we also have forgiven our debtors. ‘And do not lead us into temptation, but deliver us from evil. For Yours the kingdom and the power and the glory forever. Amen.’
Matthew 6: 9-13
Jesus taught us the Lord’s Prayer. Since it was actually taught by Our Lord, this is a Christian’s most important prayer. It is significant to understand that His instructions were for His followers. It was not a prayer that Jesus, Himself, prayed. Why? Because the prayer asks for forgiveness of sins and Jesus had no need to ask this. He was sinless.
So, our first Christian prayer came from Christ but from where did all the other beautiful prayers come?

Hail Mary or the Angelic Salutation

The Hail Mary is said to be divided into three parts. The first part is taken from the greeting of the Archangel Gabriel in the Annunciation (Luke 1:28 ~ And the angel came in unto her, and said, Hail, thou that art highly favoured, the Lord is with thee: blessed art thou among women). The second part is taken from Elizabeth’s greeting to Mary at the Visitation (Luke 1:42 ~And she spake out with a loud voice, and said, Blessed art thou among women, and blessed is the fruit of thy womb). To honor and clarify Jesus as “the fruit of thy womb,” His name was added to the second part about two centuries later. It is believed that it was Pope Urban IV who added it. There are theologians who say that the Hail Mary is divided into four parts, with the name of Jesus being part three.Part four, or the petition part of the prayer (“Holy Mary, Mother of God, pray for us sinners now and at the hour of our death. Amen.”), was added in the mid 1500’s and was considered complete and “framed by the Church,” by the Council of Trent (1545-1563). After the publication of the Catechism of the Council of Trent, it was included in the Roman Breviary of 1568.

Hail Mary ~ The Catechism of the Catholic Church

The Catechism of the Catholic Church states, in reference to the Hail Mary, (2677) Holy Mary, Mother of God: With Elizabeth we marvel, “And why is this granted me, that the mother of my Lord should come to me?” Because she gives us Jesus, her son, Mary is Mother of God and our mother; we can entrust all our cares and petitions to her: she prays for us as she prayed for herself: “Let it be to me according to your word.” By entrusting ourselves to her prayer, we abandon ourselves to the will of God together with her: “Thy will be done.”Pray for us sinners, now and at the hour of our death: By asking Mary to pray for us, we acknowledge ourselves to be poor sinners and we address ourselves to the “Mother of Mercy,” the All-Holy One. We give ourselves over to her now, in the Today of our lives. And our trust broadens further, already at the present moment, to surrender “the hour of our death” wholly to her care. May she be there as she was at her son’s death on the cross. May she welcome us as our mother at the hour of our passing to lead us to her son, Jesus, in paradise.

Soul of Christ, Sanctify Me ~ The Anima Christi

This magnificent prayer takes its name from its Latin incipit, meaning “Soul of Christ”.

Soul of Christ, sanctify me Body of Christ, save me Blood of Christ, inebriate me Water from the side of Christ, wash me Passion of Christ, strengthen me O good Jesus, hear me Within Thy wounds hide me Suffer me not to be separated from Thee From the malignant enemy defend me In the hour of my death call me And bid me come unto Thee That with all thy saints I may praise Thee  Forever and ever Amen

As Catholics, we are blessed with a wealth of beautiful prayers. The Anima Christi is one of my favorites. Each line draws you in more deeply than the line before and by the time you have prayed the last line you find yourself in the midst of the angels praising Our Lord.  The first time I prayed the Anima Christi, I literally saw each line. It is a visual prayer and each time I prayed it, I thought, “This prayer is a painting.” It was difficult for me to figure out how to create the painting because, in my mind, each line was a painting unto itself. I continued praying it, each time being drawn more deeply into it and trusting that eventually, God would tell me how to get the entire prayer on one canvas. After a few years and many lessons, I painted the Anima Christi as I felt it, rather than how I saw it. I guess my experience is just a small example of the ways in which prayer can affect our lives.

Saint Ignatius Loyola was so fond of this prayer that he placed it at the beginning of his “Spiritual Exercises” and often quoted it. Because of this, many believe it was written by him but, in fact, it was not. The prayer appears in a document from 1334, many years before his birth in 1491. Its authorship is uncertain but likelihoods go to Pope John XXII who, in the year 1330, heightened its holiness by adding indulgences for those who pray it.

“Let the sick man enter into the Side of Jesus and His most holy Wounds; let him not be afraid, but combat manfully, and he will come forth victorious.” ~Saint Philip Neri~

Memorare ~ the Latin Word for Remember

Remember, O most gracious Virgin Mary, that never was it known that anyone who fled to your protection,implored your help, or sought your intercession, was left unaided. Inspired by this confidence, I fly unto you, O Virgin of virgins, my Mother. To you do I come, before you I stand, sinful and sorrowful. O Mother of the Word Incarnate, despise not my petitions, but in your clemency, hear and answer me. Amen

The Memorare is a prayer that expresses our confidence in Our Blessed Mother’s intercession.
This prayer is often credited to the well-known 12th-century Cistercian monk, Saint Bernard of Clairvaux. Although he had a great devotion to Our Lady, this credit is incorrect. The error came about because of confusion with another monk whose name was also Bernard, the French priest Claude Bernard (17th century).
Father Bernard had a great fondness for the prayer and frequently used it in his ministry to the poor and to prisoners.
He said that he learned it from his father. Father Bernard attributed being cured of a serious illness to his constantly praying the Memorare. In an effort to promote the prayer, during his lifetime, he had printed over 200,000 copies in different languages.

At the feet of your Holiness, most sweet Virgin Mary

The words of the Memorare, as we know it today, are a section of a much longer prayer, “Ad sanctitatis tuae pedes, dulcissima Virgo Maria” which translated is “At the feet of your Holiness, most sweet Virgin Mary.” The modern prayer was written in the 15th century.
Considering that Saint Bernard died in 1153, it can be concluded that the true author of the prayer is unknown.

“O sinner, be not but have recourse to Mary in all your necessities. Call her to your assistance, for such is the divine Will that she should help in every kind of necessity.” ~Saint Basil the Great~ 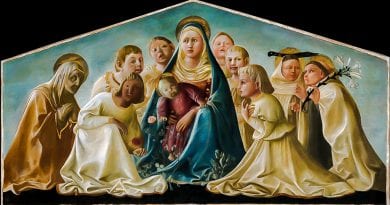 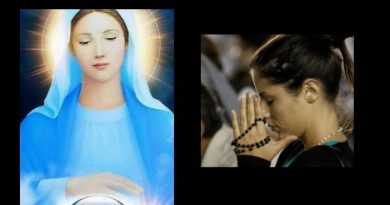 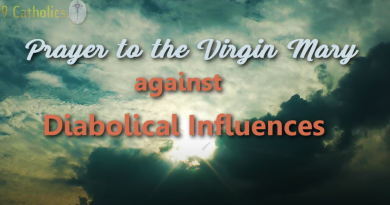 Easter Sunday: The Resurrection of the Lord – Solemnity On the first day of the week, Mary of Magdala came