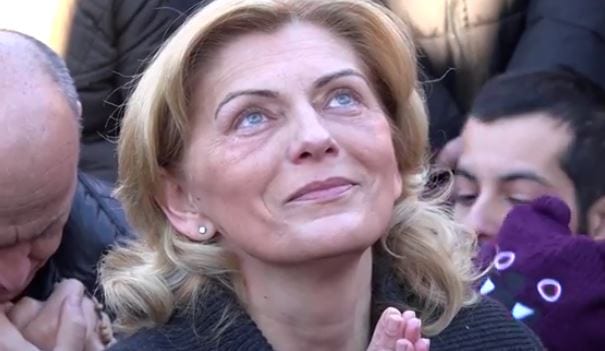 Medjugorje: the visionary Mirjana, speaks of the 7th secret – the most dramatic.

“Mirjana you know all the secrets. Even without revealing anything from the secrets, what do you feel to say to today’s world and to us?”

“The first thing I have to say is not to be afraid of these secrets because for us believers it could only be better later. I would suggest what Mary herself suggested: to pray more, to fast more, to do more penance, to help the sick, the elderly, to celebrate masses for souls in purgatory and more prayer for the atheists. Because Mary suffers a lot for the atheists, she is sad for them because they do not know what awaits them.”

We know that during the extraordinary apparition of 25.10.1985, Our Lady showed you a punishment for a region of the world. You were very sad. So is the people right that what they hear about secrets and punishments is frightening and afraid?
Mirjana: It’s not like that, I think that whoever is a believer must know that God is his Father and the Madonna is his Mother and the Church is his home. Then I think you should not be afraid because this Father, this mother will not do anything wrong if you abandon yourself completely to them. I was sad – I can say – only for children. Nothing else.

We learned a few years ago that the 7th secret – a punishment – was reduced thanks to the prayer and fasting of many. Can the other secrets, punishments or warnings also be lightened by our prayer, fasting, etc.?

Here this would be a little longer because here it is the 7th secret and I lived far from the other seers. When I received the seventh secret I felt too bad because this secret seemed worse than the others, so I prayed to Our Lady to pray to God – because even you can not do anything without telling me if it would be possible to reduce this. Then Our Lady told me that we need a lot of prayer, that you too would help us and that you can not do anything either; you too had to pray. Our Lady promised to pray. I have prayed together with the sisters and other people. In the end, Our Lady had told me that a part of this punishment was able to diminish it – let’s put it this way – with prayer, with fasting; but not to ask further, because secrets are secret: they must be performed, because this belongs to the world. And the world deserves it. For example: in the city of Sarajevo where I live, if a nun passes, how many people would say to her: ‘How good is she, how intelligent she is, pray for us?’; and how many people would deride it instead. And of course the majority would be just the one who would mock the nun praying for them. Prayer for me is talking to God and to Mary as talking to the father and the mother. It is not a question of simply saying Our Father, Hail Mary, Glory to the Father. Many times I practically tell it; my prayer consists only in free-wheel dialogue, so I feel closer to God speaking to him directly. For me, prayer means abandoning oneself to God, nothing else.

We know that you have been entrusted with the mission of praying a lot for the conversion of atheists. This is why we learned that in Sarajevo, where you live, you have formed a prayer group with friends. Can you talk about this group and tell us what and how you pray?
Mostly we are young people who study in Sarajevo. When we arrive, one has already prepared a part of the Bible, reads this part. After we talk together, we discuss this piece of the Bible together, then pray the Rosary, the 7 Our Father and sing the sacred songs and then we talk.

Medjugorje: the visionary Mirjana, speaks of the 7th secret.

In many messages, Our Lady insists on fasting (also on January 28th). Why do you think fasting is so important?
This is the strongest thing for me, since this is the only thing we give to God as a sacrifice. Why did you also ask us what else we give to God compared to what He offers us? Fasting is very important, it is very strong because it is precisely this sacrifice that we directly offer to God when we say “Today I do not eat, fast and offer this sacrifice to God”. He also said: “When you fast do not tell everyone you fasted: you and God are enough”. Nothing else.

On the 7.6.1987 feast of Pentecost the Marian Year began. Fr Slavko says: the Pope gives us 13 years to prepare for the two thousandth anniversary of the birth of Jesus; Our Lady, who knows us better, gave us almost 20 years (from the beginning of the apparitions): but everything, Medjugorje and Marian Year, has been preparing for the Jubilee since 2000. Do you consider this Marian Year important? Because?
Certainly it is important already for the mere fact that it is the Marian Year. To … I can not say anything. I can not. I must not.

Before leaving us, do you still want to tell us something?
I have already said everything. I invite once again to pray, to fast for the unbelievers, for the atheists, because they will need us more. They are our brothers and our sisters. Nothing else and thanks for this meeting.

SOURCE: CONVERSATION WITH MIRJANA From the Eco of Medjugorje 1987 (Edited by Alberto Bonifacio, Translation by Mirjana Vasilj Zuccarini and collaboration by Giovanna Brini.) 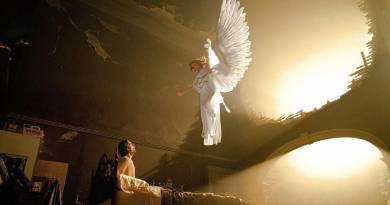 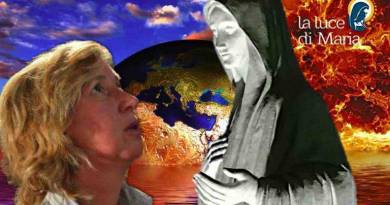