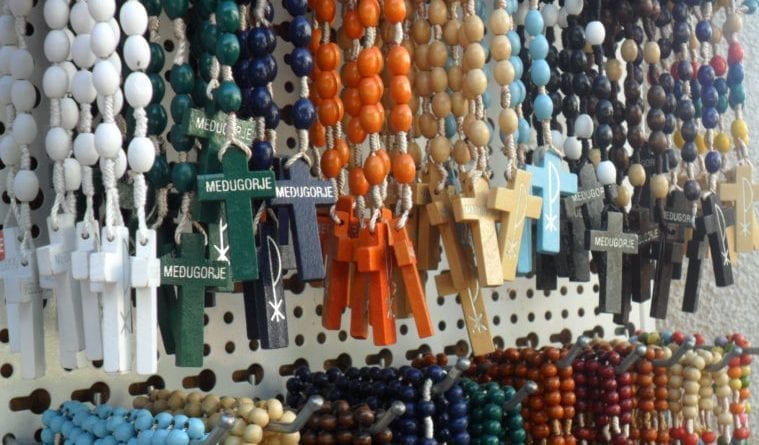 In Medjugorje, in the shops of religious articles, there is a strange chaplet of the Rosary.  The Rosary has seven beads but it is not a commercial quirk but serves to remind the prayerful to recite seven Our Fathers, seven Ave Maria’s and  seven Gloria Be’s.

This is an ancient religious practice of Bosnia and Herzegovina. It is recited to veneration of the wounds of Jesus, including that of the shoulder and the crown of thorns. When the apparitions began in Medjugorje, Our Lady told the young seers that she greatly appreciated this practice but suggested to introduce it with the recitation of the Creed. From Medjugorje, the Chaplet has spread all over the world.

Since the first apparitions the Gospa asked for the recitation of this chaplet during the apparition of July 3, 1981, she said to the visionaries:

” Before the seven Pater Ave Gloria always pray the Creed “

“ Pray at least once a day the Creed and seven Our Fathers Hail Marys and the  Gloria Be according to my intentions so that , through me, God’s plan can be realized. “

She added that this practice frees souls from purgatory, in fact in the message of July 20, 1982 , she stated:

“ In Purgatory there are many souls and among these also people consecrated to God. Pray for them at least seven Pater Ave Gloria and the Creed. I recommend it! Many souls have been in Purgatory for a long time because no one prays for them. In Purgatory there are several levels: the lowest are close to Hell while the elevated ones gradually come closer to Paradise “ .

Our Lady recommended this practice as thanksgiving at the end of Holy Mass; the parish of Medjugorje immediately accepted this invitation and still today recites it immediately after the evening mass. For those who want to recite it at home is useful the chaplet that allows you to keep track of the series of Our Father, Hail Mary and Glory to the Father. This chaplet is found in many sites that sell religious material online and at specialized stores 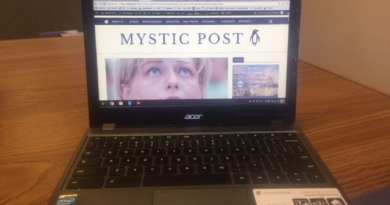 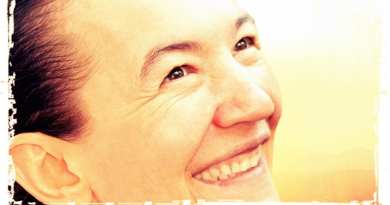 One thought on “Medjugorje: The Mysterious Rosary of 7 Beads that Our Lady Says Helps Free Souls from Purgatory”

Shock claim: Visionary Gisella Says Mary has revealed to her that the COVID-19 pandemic will flare up strongly in fall, that the low rates of infection in Italy are â€œmomentary illusion…everything will come back worse than before; itâ€™s just a pause.” Warns “War is very close”