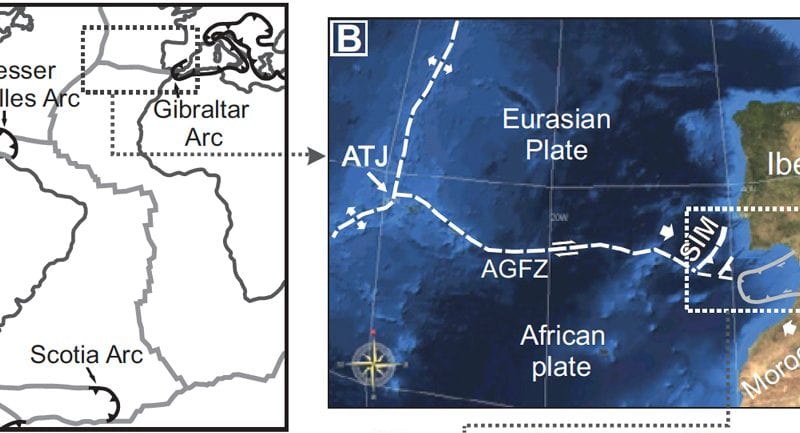 For years, João Duarte has puzzled over a seemingly boring underwater expanse off the coast of Portugal. In 1969, this site spawned a massive earthquake that rattled the shore and sparked a tsunami. But you would never know why just from looking at the broad, featureless surface of the seabed. Duarte, a marine geologist from the Instituto Dom Luiz at the University of Lisbon, wanted to find out what was going on.

Now, 50 years after the event, he may finally have an answer: The bottom of the tectonic plate off Portugal’s coast seems to be peeling away from its top. This action may be providing the necessary spark for one plate to start grinding beneath another in what’s known as a subduction zone, according to computer simulations Duarte presented in April at the European Geosciences Union meeting.

If confirmed, the new work would be the first time an oceanic plate has been caught in the act of peeling—and it may mark one of the earliest stages of the Atlantic Ocean shrinking, sending Europe inching toward Canada as predictedby some models of tectonic activity. (Find out what scientists think will happen when Earth’s tectonic plates grind to a halt.)
PauseUnmuteCurrent Time 0:13/Duration 0:30Loaded: 0%Progress: 0%FullscreenAD ENDS IN: 0:17EARTH 101Earth is the only planet known to maintain life. Find out the origins of our home planet and some of the key ingredients that help make this blue speck in space a unique global ecosystem.

“It’s certainly an interesting story,” says the University of Oslo’s Fabio Crameri, who was not part of the research team but who attended the EGU lecture. Duarte presented some strong arguments, he says, but he cautions that the model needs further testing—not an easy feat when your data comes from a natural process that works at the speed at which fingernails grow.Get science & environment stories, pictures,
and special offers.

By signing up for this email, you are agreeing to receive news, offers, and information from National Geographic Partners, LLC and our partners. Click here to visit our Privacy Policy. Easy unsubscribe links are provided in every email.

“It’s a big statement,” Duarte says of the conclusions, acknowledging that he and his team still have work to do. “Maybe this is not the solution to all the problems. But I think we have something new here.”

Earth’s tectonic plates are constantly in a slow-motion march, with some edges pulling apart and others colliding. At least three times in our planet’s 4.54-billion-year history, the ever-shifting landmasses glommed into mighty supercontinents, only to eventually reverse course and break apart. Subduction zones are major driving forces behind this tectonic conveyor belt, as they pull oceanic crust and upper mantle down to depth, recycling the rocks and dragging continents around in the process. (Learn more about the possible future supercontinent, Pangaea Proxima.)TODAY’SPOPULAR STORIES

So how do subduction zones start? “It’s one of the biggest unsolved problems in plate tectonics,” Duarte says.

One way to locate subduction zones—and perhaps also baby subduction zones—is to follow the earthquakes. Around 90 percent of the world’s quakes pop off in the disjointed string of subduction zones that trace the so-called ring of fire, which stretches in an arc around the Pacific Ocean from the southern tip of South America to New Zealand, by way of the Bering Sea. (Read about how the powerful 2017 earthquake in Mexico seems to have snapped a tectonic plate in two.) 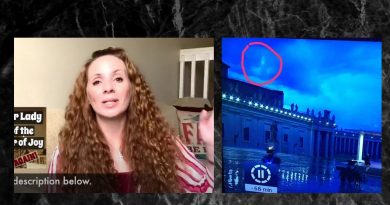 Source Alta Vista FATHER LIVIO Interview on Radio Maria – I think of this: certainly the Church, the Sacred Scriptures, the

“Historic Violence against Christians in Russia is remembered deeply in Putin’s soul”  Xavier Le Normand / I. Media, exclusively for

There are a number of signs that suggest that Russia is emerging as a new Orthodox Empire.