A photo is being shared around the world of the sun shining through the clouds in Argentina that, some say, is the image of Jesus Christ.

The photo was taken by Mónica Aramayo in the city of San Salvador de Jujuy, according to Fox News, and she shared it online to “bless” others.

The photo, which seems to depict Jesus wearing a cassock with his arms outstretched, was compared by some social media users to the statue of Christ the Redeemer in Rio de Janeiro. Others believe the photo showed Jesus wearing a crown of thorns, which, according to three of the Gospels, was placed on the head of Jesus prior to the crucifixion.

While, naturally, unbelievers were quick to dismiss the photo as a trick of light, or even photoshop, one commenter wrote that “the image allows us to keep on our path and have a better hope for tomorrow.”

Blimey!!! Terrific shot!
Alfredo Lo Brutto, from Agropoli, Italy, captured the incredible pictures of the glowing figure standing above the sea while at his home on Friday. pic.twitter.com/hovJ16HXFt— Pip Ettore (@pettore) March 4, 2019

Just recently in March, an Italian photographer captured a similar photo of the sun peaking through the clouds. “I was enchanted by the view. I don’t often share pictures on social media, but when I took this one, I instantly felt like I wanted other people to see it, because it was so beautiful,” the photographer Alfredo Lo Brutto said, according to the Daily Mail.   Ad:

In April, a woman in Scotland believed she saw the depiction of Jesus in the flames as Note Dame Cathedral was on fire. Alongside the image on Facebook she wrote that she hoped it would “bring comfort to people in Paris and all over the world at this sad time.” 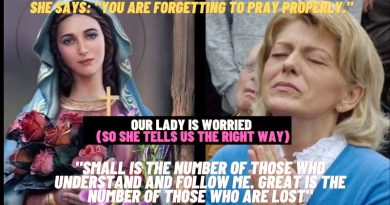 MEDJUGORJE: “YOU ARE FORGETTING TO PRAY PROPERLY.” (OUR LADY SAYS: THIS IS THE RIGHT WAY) 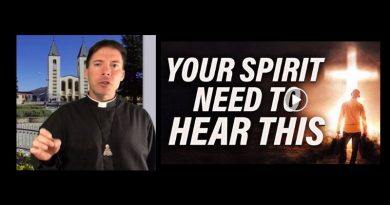 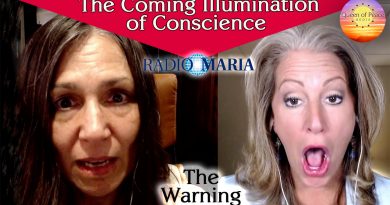