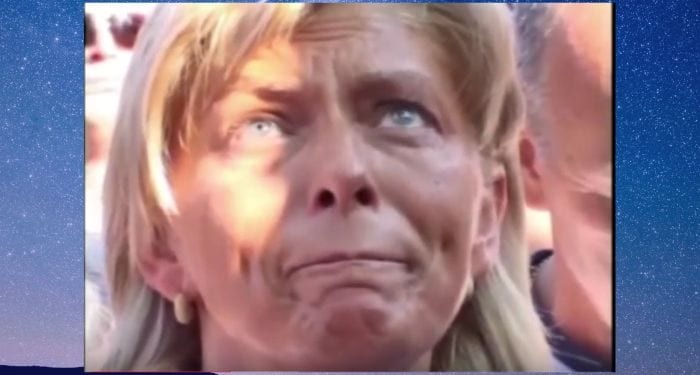 Should we be worried by the ten secrets announced by Mary? Expect a punishment?

Ivan: “Signs of the times show that the world is troubled. And the secrets of Medjugorje certainly contain prophecies of painful events. However, for example, the seventh secret has been mitigated by prayers. It appears to me every time that you recognize the hope in Her eyes and the light of Paradise. The Madonna is not here to punish.. Why not make good use of freedom, resuming dialogue and a filial relationship with the Creator of everything. It is not by chance that She has presented itself as the Queen of Peace in Medjugorje and Her first words were: “Dear children, Let there be peace between man and God and among men”.

Sunday, June 26, 2011 Medjugorje: Interview with Visionary Ivan on 30th Anniversary of Apparitions Translated from  an article in Oggie.it

Ivan is one of the six visionaries of Medjugorje, one of three who says he still sees Our Lady every day, 30 years since the beginning of the apparitions. These are the longest in history dating back to June 24, 1981. You can believe or not believe, but certainly we are dealing with a phenomenon that is impressive – although not yet officially recognized by the Church – and that every year attracts millions of pilgrims to the shrine in Herzegovina (former Yugoslavia).

In 1993 Ivan  married the American Laureen Murphy-Miss Mass. in 1990-with whom he has four children, and divides his time between Boston and Medjugorje, where you can meet him from May to September.. He travels a lot, as far as Australia and New Zealand, to tell of his extraordinary experience. With great difficulty we managed to give him a series of questions. Here are his answers, which we offer as we have received, for what is an exclusive and exceptional interview face to face. Vincenzo Sansonetti

“I can hardly describe my emotions when I see what is in front of me … every day something occurs that has no equal on earth. The Virgin herself is Paradise. Her presence gives you such a joy, pierces you with such a light! But also the context that surrounds it is sublime. Sometimes She shows me happy people in the background, or a place of shining angels in a beautiful place full of flowers… It ends when the apparition is over. It’s difficult to readjust, because nothing in the world, in art or nature, has those colors, the smells, and reaches such a perfection of harmony “.

What does the Madonna say during your meetings? “Above all, please pray. She show us the way to communicate with God and the prayer can be one of intercession, or even for the intentions and requests that I present or of thanksgiving or praise. Sometimes the discussion becomes personal in this case.  She gently shows me where I went wrong, and in so doing shows me how to pursue my spiritual growth. If the apparition assists other people, She prays over them, with particular attention to the sick, priests and consecrated persons. “

The period of Apparitions appears so long? … Some say that Our Lady’s messages are repetitive, and who will argue that the believer has no need of apparitions, because the truths of faith and what is necessary for salvation are already contained in the Bible, the sacraments and the Church. But the Lady responds with another question: “It’s true: everything is already given, but do you really live the Scriptures, live the encounter with the living Jesus in the Eucharist?”… the problem is that we do not live the Gospel. She speaks a simple language which is accessible, and is repeated with boundless love. She makes it clear that She wants to reach everyone. She acts like a mother when the children do not study or who sees them get lost because of  bad company … “You talk a lot, but do not live.” Faith is not a good speech, but life incarnate, and the Virgin Mary tells us: “Be a living sign and pray for the realization of God’s plans for the good of yourself and those you hold dear, for the whole world” . We are all called to be saints. ” Is there is a meeting with you to remember in a special way? “When it is Christmas, and the Virgin visits my family, with St.Joseph and the baby Jesus in her arms. And then I’ll never forget what happened on April 2, 2005. John Paul II had just died when he arrived beaming at the apparition in white robes and gold. “

How does your family live these your “appointments”? “When I’m home, my family always participates in the apparitions. We look to our heavenly Mother reciting the Rosary or praying or meditating on the Scriptures. After the apparition.. I tell what  the Madonna has done and said. “ 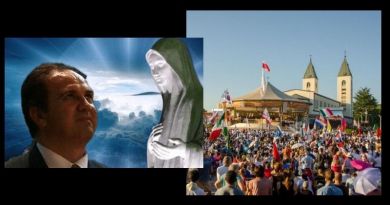 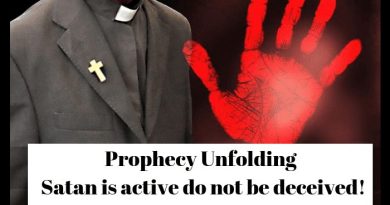 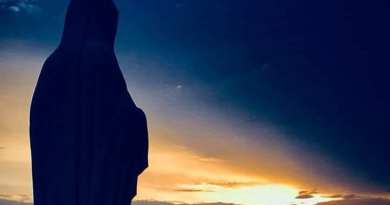 The little-known adventure when Mother Teresa sent her “secret agent” to Medjugorje to ask for three graces from the Queen of Peace – What did Mother Teresa wish for?

(translated by Google translate from Italian)…After the message of the 25th of the month the visionary Marija Pavlovic Lunetti, released