Source: Mother of All People

Up to this point in history, the Catholic Church has proclaimed four “dogmas” or solemnly pronounced doctrines about Mary, the Mother of Jesus. The first Marian dogma is that Mary is the “Mother of God,” that is, the mother of God the Son made man in Jesus Christ (Council of Ephesus, 431). Secondly, the Perpetual Virginity of Mary proclaims that the Mother of Jesus who was virginal before, during, and after the birth of Jesus Christ (Lateran Council, 649). Thirdly, the “Immaculate Conception” was infallibly proclaimed by Blessed Pius IX in 1854, declaring that Mary was conceived without original sin. The fourth Marian dogma proclaims that Mary was assumed body and soul into heaven at the end of her earthly life, known as her “Assumption,” which was infallibly defined by Pope Pius XII, 1950.

The last major doctrine about Mary is her role as the Spiritual Mother of all Peoples, under its three motherly aspects of Co-redemptrix, Mediatrix of all graces, and Advocate as officially taught by the Papal Magisterium of the Catholic Church.

Mary consented to be the Mother of Jesus (cf. Lk 1:38), and by her “fiat” or “yes,” brought Jesus Christ, our divine Redeemer, into the world (cf. Lk 2:7). As the “Mother suffering,” Mary profoundly shared in the suffering of her Son for our Redemption, as was prophesied by Simeon: “…and a sword shall pierce through your own heart, too” (Lk 2:35). On the cross at Calvary, Jesus gave his mother to be our own spiritual mother: “Woman, behold your son…behold, your mother ” (Jn. 19:26-27). Mary’s motherly heart suffered in union with her crucified Son, and she offered her suffering in union with the sufferings of Jesus to the Heavenly Father for the Redemption of the world. Her Immaculate Conception providentially prepared her to uniquely cooperate with her son in the historic work of Redemption.

For this unique role, Mary is referred to in the Church as the “Co-redemptrix” (literally, “the woman with the redeemer”), who as a human being, uniquely participated with and under Jesus, the only divine Redeemer, in the salvation of the world. Pope Saint John Paul II referred to Our Lady as the human Co-redemptrix with Jesus, the divine Redeemer, on multiple occasions; for example: “Crucified spiritually with her crucified son… Mary’s role as Co-redemptrix did not cease with the glorification of her Son.” (1) St. Teresa of Calcutta confirmed the beauty and appropriateness of the Co-redemptrix title for Mary by exclaiming, “Of course, Mary is the Co-redemptrix! She gave Jesus his body, and his body is what saved us.” (2)

Mary, Mediatrix of All Graces

Secondly, Mary is the Mother who spiritually nourishes humanity by distributing the graces of Redemption to us. For this role, the Mother of Jesus has been officially referred to as the “Mediatrix of all graces” by the Papal Magisterium of the last three centuries. By her free consent, Mary mediated Jesus Christ, the divine source of all graces, to the world (cf. Lk. 1:38; Lk. 2:7). As she interceded to Jesus for the first miracle of grace at the wedding of Cana (cf. Jn. 2:1-10), Mary continues in our day, as the Second Vatican Council teaches, “to bring us the gifts of eternal life.” (3) Mary is designated by Jesus at the climax of His redeeming sacrifice to become the Spiritual Mother of all peoples and Mediatrix of all graces, in order to dispense to humanity the saving graces of the Redeemer. Pope Saint John Paul II referred to Mary as the Mediatrix of all graces on numerous occasions, and stated that Our Lady’s role of Mediatrix “is implicit in the term, ‘Mother.’” (4)

Thirdly, Mary is the principal intercessor or “Advocate” for the human race, by bringing the needs of humanity to the throne of her Son, Christ the King. Mary’s title as Advocate, which captures her unique intercessory role to her Son on our behalf, dates back to the 2nd century. (5)

In the Old Testament, the “Queen Mother” of the kings in the line of David had the greatest ability to intercede or “advocate” for the Jewish people to her son, the king (cf. 1 Kings 2:19). In the New Testament, Mary becomes the new “Queen Mother,” who gives birth to the new “King of Kings” (cf. Lk 2:7), and is ultimately crowned as Queen and Advocate, who brings the needs of humanity to her Son, Christ the King (cf. Rev 12:1-2). Our Lady continues her role as Advocate or “Mother Pleading,” today by bringing to the throne of Jesus the most important needs of the Church and the world.

Therefore, Mary is one Spiritual Mother who manifests her intercession and love for humanity in these three maternal aspects as the Co-redemptrix, Mediatrix of all graces, and Advocate.

What then would be the benefit of a solemn proclamation of a “fifth dogma” of Mary as the Spiritual Mother of All Peoples by our present Holy Father?

In 1915, the renowned Cardinal Mercier of Belgium began a petition movement in the Church for the papal definition of Mary’s Spiritual Motherhood. Mercier believed that a solemn definition of Our Lady’s Spiritual Motherhood would release historic graces of peace for the Church and the world. Within two years, hundreds of bishops and hundreds of thousands of Christian faithful sent petitions to the Vatican for this fifth Marian dogma. In the early 1920s, St. Maximilian Kolbe added his strong voice of support for this solemn Marian definition. In 1930, Pope Pius XI formed three commissions to study the possibility of the definition, which produced over 2500 pages of theological support for defining Mary’s Spiritual Motherhood. On December 1, 1950, the world’s leading mariologists came to Rome and petitioned Pope Pius XII for the dogma of Mary’s Universal Mediation, inclusive of her roles as Co-redemptrix and Mediatrix of all graces. Just one month after his definition of the Assumption, based on the rationale that now all the truths about Our Lady’s earthly life have been declared, it is time to solemnly define her heavenly roles of intercession on behalf of humanity.

Since 1993, over 8 million petitions from the People of God have been sent to recent popes in support of this dogmatic proclamation of Mary’s Spiritual Motherhood, as well as the endorsement of over 600 bishops and 70 cardinals. These cardinals, bishops, clergy, and lay faithful all believe, as did Cardinal Mercier, that the proclamation of the dogma of Mary as the Spiritual Mother of All Peoples would lead to a historic release of grace for the world.

The titles of Co-redemptrix, Mediatrix of all graces, and Advocate constitute Our Lady’s spiritual functions as Spiritual Mother of the human race. God never forces his grace upon our free will. Therefore, only when the Pope, as the highest human authority in the world, freely proclaims these Marian titles, will Mary then be able to fully exercise, to fully bring into action these motherly functions of grace for the world. The proclamation of the dogma of Mary as Spiritual Mother of All Peoples by the Holy Father will enable the Mother of Jesus to shower the world with a historic outpouring of grace, redemption, and peace in a new and dynamic way—an event which Marian apparitions like Fatima refer to as the “Triumph of the Immaculate Heart of Mary.”

The Church-approved apparitions of the Lady of All Nations in Amsterdam, Holland (1945-1959; Church approval by the local bishop, May 31, 2002) provide an explicit heavenly confirmation. This confirmation is not only of Our Lady’s desire for a fifth Marian dogma, but also that this dogmatic proclamation is a condition for world peace: “When the dogma, the last dogma in Marian history has been proclaimed, the ‘Lady of All Nations’ will give peace, true peace, to the world”(May 31, 1954 message).

The Lady of All Nations specifically directed the Christian faithful: “You must petition the Holy Father for this dogma” (May 31, 1954 message). Moreover, Our Lady requested the daily praying of the “Prayer of the Lady of All Nations” for the accomplishment of this fifth Marian dogma, which will bring to a new descent of the Holy Spirit, and, in the end, will lead humanity to true peace.

send now your Spirit over the earth.

Let the Holy Spirit live in the hearts of all nations,

that they may be preserved from degeneration, disasters, and war.

May the Lady of All Nations, Mary, Co-redemptrix and Mediatrix(6), be our Advocate.

The Marian messages of Fatima, Amsterdam, and Akita all speak of a conditional global catastrophe and other upcoming trials, for which the graces received through the proclamation of the fifth Marian dogma can serve as a remedy or mitigation.

We, therefore, encourage everyone to respond to Our Lady’s two requests:

Let us each do our part for the Triumph of the Immaculate Heart of Mary, now, at this critical moment of human history. Pray and petition for the fifth Marian Dogma, so that the Spiritual Mother of All Peoples can fully intercede for the historic grace of true peace, through a new descent of the Holy Spirit, for our troubled world.

(6) The original clause “who once was Mary” was changed at the request of the Vatican for pastoral reasons. In obedience, the local bishop has approved the current form, “the Blessed Virgin Mary.” In context of this prayer campaign for the fifth Marian dogma, the above form “Mary, Coredemptrix and Mediatrix” has also been approved by the local bishop. 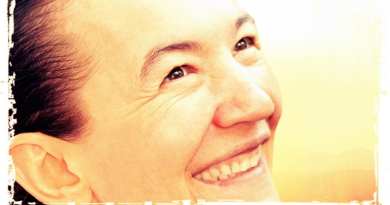 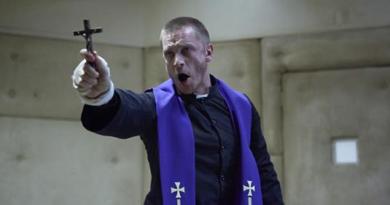 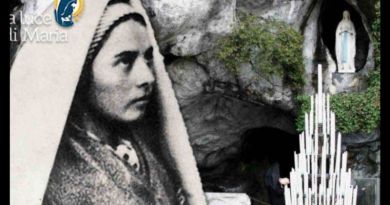