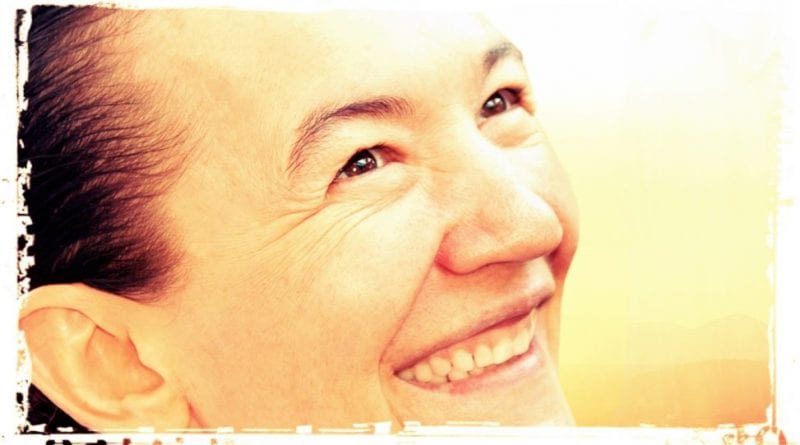 ” Jakov, tell us …” the pilgrims ask . – The Gospa came and took us with her. Vicka was with me, go and ask her, she will tell you about it .. . For her part, Vicka does not have to be prayed twice to recount her “journey into the beyond” : – We did not expect it – she says – the Gospa came to the room while Jakov’s mother was preparing breakfast for us in the kitchen.

She offered us both to go with her to see heaven, purgatory and hell . This surprised us a lot and at first neither Jakov nor I said yes. – Rather, take Vicka with you – Jakov told her – she has many brothers and sisters, while I am the only child of my mother. In fact, he doubted that one could return alive from such an expedition! – From my side – Vicka adds – I said to myself – ” Where will we meet again? And how long will it take? “But in the end seeing that the Gospa’s desire was to take us with us, we accepted. And we found ourselves up there .

“Up there?” – I asked Vicka, – but how did you get there? – As soon as we said yes, the roof opened and we were up there! – – Did you leave with your body? – – Yes, as we are now! The Gospa took Jakov with his left hand and me with his right hand and we left with her. First she showed us heaven. – – Have you entered the sky so easily? – – But no! – Vicka told me – we entered the door. – A door like? – – Mah! A normal door! We saw Saint Peter near the door and the Gospa opened the door …

How was St. Peter?

Saint Peter? How it was? – Mah! How it was on earth! – I mean? – About sixty, seventy, not very tall but not even small, with a little curly gray hair, quite stocky … – Didn’t he open it for you? – No la Gospa opened by itself without a key. He told me it was Saint Peter, he didn’t say anything, we just said goodbye. – Didn’t you seem surprised to see you? – No because? You understand, we were with the Gospa. – Vicka describes the scene as if she was talking about a walk made not later than yesterday, with the family, around. He feels no barrier between “things up there” and those down here. He is perfectly at ease among these realities and is even surprised by some of my questions. Strangely, he does not realize that his experience represents a treasure for humanity and that the language of heaven so familiar to her opens a window on a completely different world for our current society, for us who are “non-visionaries”

Paradise is a great space without limits. There is a light that does not exist on earth. I have seen so many people and everyone is very happy. They sing, they dance … they communicate with each other in a way that is unthinkable for us . They know each other intimately. They are dressed in long tunics and I noticed three different colors. But these colors are not like those of the earth. They look like yellow, gray and red. There are also angels with them.

The Gospa explained everything to us. ” See how happy they are. They don’t miss anything! “- – Vicka can you describe to me this happiness that the blessed live in heaven? – – No I can not describe it, because on earth there are no words to say it. I felt this happiness of the elect, too. I can’t tell you about it, I can only live it in my heart. ” Didn’t you feel like staying up there and never coming back to earth?” – – Yup! he answers with a smile. But you must not think only of yourself! You know our greatest happiness is to make the Gospa happy. We know he wants to keep us on earth for some time to bring his messages. It is a great joy to share your messages! As long as he needs me, I’m ready! When he wants to take me with me I will be ready anyway! It’s his project, not mine …

The blessed could they see you too? – They certainly saw us! We were with them! – As they were? – They were about thirty. They were very, very beautiful. No one was too small or too big. There were no thin or fat or sick people. Everyone was very well. – So why was St. Peter older and dressed as on earth? – Short silence on her part … the question had never occurred to her. – That’s it, I’ll tell you what I’ve seen! – And if your bodies were in heaven with the Gospa there were no more on the earth, in Jakov’s house? – Of course not! Our bodies have disappeared from Jakov’s house. Everyone has been looking for us! It lasted twenty minutes in all. – As a first step, Vicka’s story stops there.

For her, the most important thing is to have begun to enjoy the unspeakable happiness of heaven, this peace unimpeded whose promise does not have to be verified. Strong spirits will certainly “cogitare” and discuss this story in the raw state revealed by Vicka. But in addition to the fact that Jakov represents a second witness, the most obvious sign that Vicka really lived in heaven is that this joy of heaven flows from all his being to those who approach him. Who can count the thousands of people to whom, with his simple smile, he has given hope again? 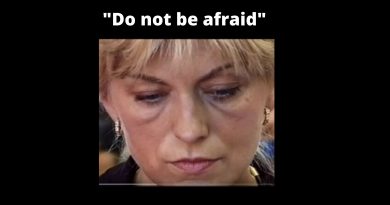 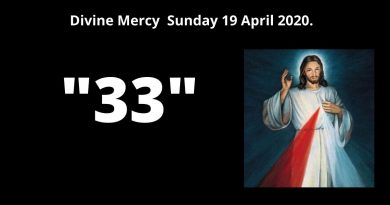 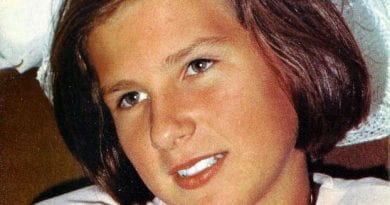 Falling in Love with Our Lady – Practicing the Presence of Mary…”Invite Mary into a living relationship of friendship” – Fr. Daniel Maria Klimek T.O.R.

Fr. Daniel Maria answers the question, “how do I fall in love with Our Lady?” — explaining the practice of

The significance of Holy Monday