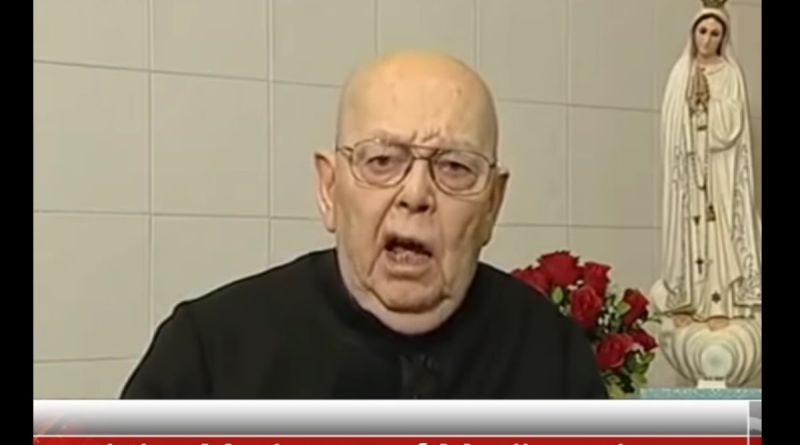 We interviewed Don Gabriele Amorth, who was one of the first to investigate and disseminate the apparitions of the Queen of Peace, which later became known throughout the world. When they started, Don Amorth was not an exorcist; he was the director of a Marian monthly “Mother of God”, he was the organizer of Marian demonstrations, known above all for having promoted, in 1959, the Consecration of Italy to the Immaculate Heart of Mary “. Member of the Pontifical International Marian Academy, he was considered one of the most competent mariologists in Italy.

Question: Don Amorth, when did you begin to be interested in the apparitions of Our Lady in Medjugorje?

Answer: I could answer: immediately. Suffice it to say that I wrote my first article on Medjugorje in October 1981. Then I continued to deal with it more and more intensely, so as to write over a hundred articles and three books in collaboration.

Q. Did you immediately believe in the apparitions?

R .: No, but I immediately saw that these were serious facts, worthy of being investigated. As a professional journalist, specialized in Mariology, I felt obliged to realize the facts. To show her how I immediately saw myself faced with serious and worthy of study episodes, just think that when I wrote that first article of mine, Mgr. Zanic, bishop of Mostar, on which he depends on Medjugorje, was decidedly favorable. Then he became fiercely opposed, as is his successor, whom he himself first requested as Auxiliary Bishop.

Q .: Have you been to Medjugorje many times?

R .: Yes in the early years. All my writings are the result of direct experience. I had learned to know the six young seers; I had made friends with Father Tomislav and later with Father Slavko. These had acquired in me full confidence, so they made me participate in the apparitions, even when every stranger was excluded from them, and they acted as my interpreter to talk to the boys, who at the time still did not know our language. I also questioned the people of the parish and the pilgrims. I studied some extraordinary healings, in particular that of Diana Basile; I followed the medical studies that were done on the visionaries very closely. For me they were exciting years for the many knowledge and friendships I had with Italian and foreign people: journalists, priests, leaders of prayer groups. For a while I was considered one of the leading experts; I received continuous phone calls from Italy and abroad, to give updates and to examine the true news from the false ones. At that time I strengthened my friendship even more with Father René Laurentin, esteemed by all the main living Mariologist, and far more deserving than me to have deepened and spread the facts of Medjugorje. I also do not hide a secret hope: that to evaluate the truth of the apparitions a commission of international experts was assembled, to which I hoped to be called together with Father Laurentin.

D .: Did you know the visionaries well? Which of them do you feel most in tune with?

R .: I spoke to all of them, except for Mirjana, the first to whom the apparitions ceased; I always had the impression of total sincerity; none of them had their heads mounted, in fact they had only reasons for suffering. I also add a curious detail. In the first months, until Msgr. Zanic proved to be favorable to the apparitions, the Communist police behaved very hard towards the visionaries, towards the priests of the parish and towards the pilgrims. When instead Msgr. Zanic became a decisive opponent of the apparitions, the police became much more tolerant. It was a great good. Over the years, my relationship with the boys went out, except for Vicka, the one I later continued to contact. I like to remember that my main contribution to knowing and making known Medjugorje was the translation of a book that will forever remain one of the fundamental documents: “A thousand meetings with Our Lady”. This is the narrative of the first three years of apparitions, resulting from a long series of interviews between the Franciscan Father Janko Bubalo and Vicka. I worked on the translation together with the Croatian Father Massimiliano Kozul, but it was not a simple translation. I also went to Father Bubalo to clarify many passages that were obscure and incomplete.

D .: Many expected that the lucky boys would consecrate themselves to God. Instead five of them, so except Vicka, got married. Wasn’t it a disappointment?

R .: In my opinion they did very well in getting married, since they felt inclined to marriage. Ivan’s experience in the seminary was a failure. The boys often asked Madonna what they should do. And Our Lady invariably replied: “You are free. Pray and decide with freedom”. The Lord wants everyone to make us saints: but for this reason it is not necessary to live a consecrated life. In every state of life one can sanctify oneself and everyone does well to follow his inclinations. The Madonna, continuing to appear even to married boys, clearly showed that their marriage did not constitute an obstacle to relations with her and with the Lord.

D .: You have repeatedly stated that you see a continuation of Fatima in Medjugorje. How do you explain this relationship?

R .: In my opinion the relationship is very close. The apparitions of Fatima constitute the great message of Our Lady for our century. At the end of the First World War, he said that if the Virgin had not followed what was recommended, a worse war would begin under the pontificate of Pius XI. And there has been. Then he went on to ask for the consecration of Russia to his Immaculate Heart, if not … It was perhaps done in 1984: late, when Russia had already spread its errors around the world. Then there was the prophecy of the third secret. I do not stop there, but I only say that it has not yet been realized: there is no sign of conversion of Russia, no sign of sure peace, no sign of the final triumph of the Immaculate Heart of Mary.

In these years, especially before the journeys to Fatima of this Pontiff, the message of Fatima had been almost set aside; the calls of the Madonna had remained unfulfilled; meanwhile the general situation of the world got worse, with a continuous growth of evil: decline of faith, abortion, divorce, dominant pornography, course to the various forms of occultism, above all magic, spiritism, satanic sects. A new push was essential. This came from Medjugorje, and then from other Marian apparitions throughout the world. But Medjugorje is the pilot appearance. Like Fatima, the message focuses on the return to Christian life, to prayer, to sacrifice (there are many forms of fasting!). It bets decisively, as at Fatima, on peace and, as at Fatima, contains dangers of war. I believe that with Medjugorje the message of Fatima has regained vigor and there is no doubt that the pilgrimages to Medjugorje exceed and integrate pilgrimages to Fatima, and have the same goals.

D .: Do you expect a clarification from the Church on the occasion of the twenty years? Is the theological commission still operating?

R .: I really don’t expect anything and the theological commission sleeps; in my wall it is completely useless. I believe that the Yugoslav episcopate has already said the last word when it recognized Medjugorje as a place of international pilgrimage, with the commitment that pilgrims find religious assistance there (Masses, confessions, preaching) in their languages. I want to be clear. It is necessary to distinguish between the charismatic fact (the apparitions) and the cultural fact, namely the rush of pilgrims. At one time the ecclesiastical authority did not rule on the charismatic fact, except in the case of cheating. And in my opinion a pronouncement is not necessary which, besides everything, does not commit itself to being believed. If Lourdes and Fatima had not been approved, they would have the same influx. I admire the example of the Vicariate of Rome, regarding the Madonna delle Tre Fontane; it is a behavior that copies the methods of the past. A commission has never been convened to verify whether the Madonna really appeared or not at Cornacchiola. People went to the cave to pray insistently, so it was considered a place of worship: entrusted to the Conventual Franciscans, the Vicar took care that the pilgrims received religious assistance, Mass, confession, preaching. Bishops and cardinals celebrated there, with the sole concern of praying and praying.

D.:How do you see the future of Medjugorje?

R .: I see it in increasing development. Not only the shelters, such as pensions and hotels, have multiplied; but stable social works have also multiplied, and their construction is growing. Moreover, the good that derives from the Medjugorje pilgrims is a fact that I have observed throughout these twenty years. Conversions, healings, liberations from evil evils, do not count and I have many testimonies. Because I too am leading a prayer group in Rome where, on the last Saturday of each month, we live an afternoon as we live in Medjugorje: Eucharistic adoration, explanation of Our Lady’s last message (which I always link to a passage of the Gospel), rosary, Holy Mass, recitation of the Creed with the seven Pater, characteristic Ave Gloria, final prayer. Always 700 to 750 people participate. After my explanation of the message, space is left for testimony or questions. Well, I have always noticed this characteristic of those who go on a pilgrimage to Medjugorje, everyone receives what they need: a particular inspiration, a confession that gives a turning point to life, a sign now almost insignificant and sometimes miraculous, but always in conformity with the need the person.

Many thanks, Don Amorth! 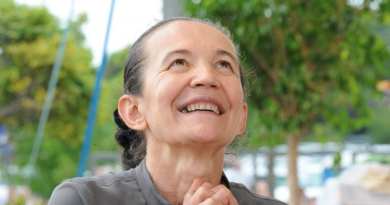 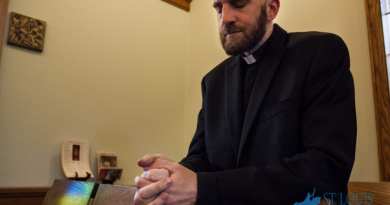 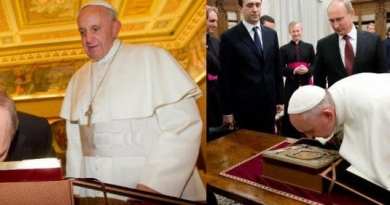 Source: The British Journal of Photography The work he is making as part of his MA in photography at the