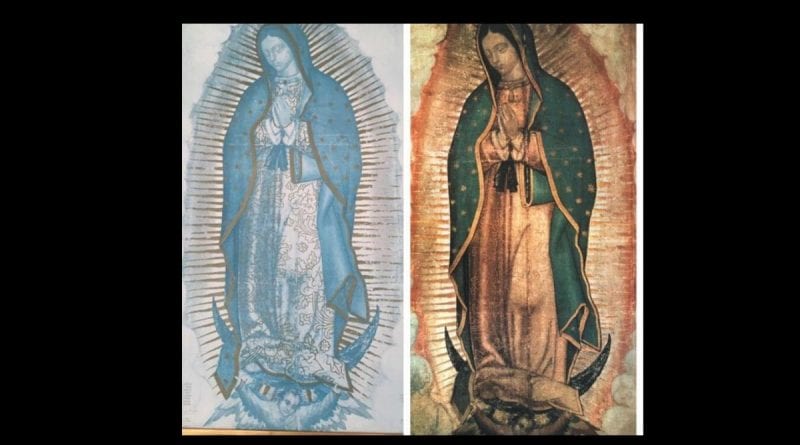 Sister Emmanuel Maillard of Medjugorje , in her bulletin, tells us of a very significant fact.

The Virgin of Guadalupe challenges us! On December 12th, we celebrated it with joy! – writes the sister known throughout the world who carries with her the spirit of Medjugorje.

She helps us prepare for Christmas, as she is a pregnant Virgin, ready to give birth to her Child.

An amazing phenomenon happened in Argentina, and I had the grace to admire it with my own eyes during my mission last month.

In the Marian Shrine of St. Nicholas, a replica of Juan Diego’s Tilma was installed, the cloak he wore when he saw the Madonna and which is still miraculously preserved uncorrupted in Mexico City.

This reproduction of very high quality, life-size, blessed by the Archbishop of Mexico City, then signed and certified by the Basilica of Mexico City from where it comes, and offered to Monsignor Domingo Castagna (then bishop of San Nicola) changed color.

The green color of the Tilma has become sky blue.

This change of color has a particular significance, having occurred just before the referendum in favor of life and against abortion, held on 8 August 2018.

And here is the green that covers the Virgin of Guadalupe has turned blue sky!

But there’s more: this reproduction in the church of San Nicola is not the only one to have changed color. On another reproduction, the one placed in the “House of Mary” in Lujan, where retreats are preached, the same phenomenon occurred.

This sign is very significant! It is no coincidence that the Virgin of Guadalupe, patroness of the Americas and symbol of motherhood, clearly shows her love and her respect for human life from conception!

As the world promotes abortion with more and more violence, while many and many women are verbally raped by political speeches that oppose God’s plan for humanity, our Heavenly Mother intervenes again, in the humble silence of a image that will speak to the hearts of those who will be able to read the signs of the times, believers or non-believers. 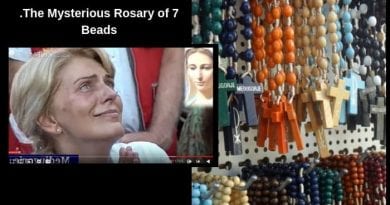 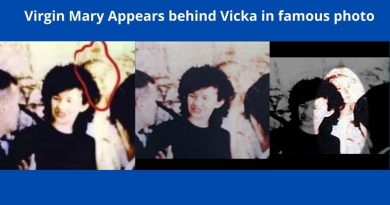 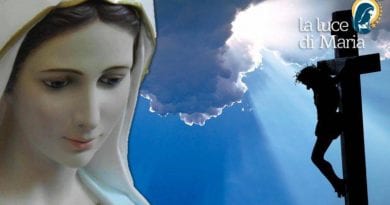 “I found it to be a great book; a fascinating, fast-paced thriller, written in a strong voice, filled with rich

On Sunday February 14 the world celebrated St Valentine’s Day. It is the celebration of love and affection. Many declarations