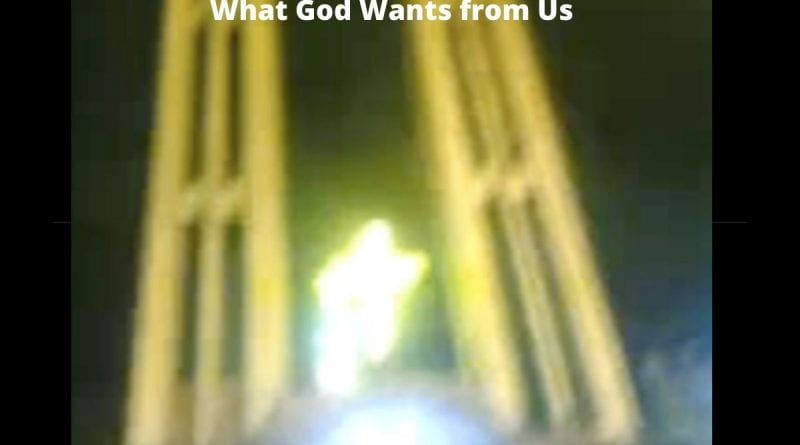 There have been several appearances in Cairo of the Virgin Mary, the last on December 11th 2009

On 11 December 2009 at the Cario, in the area of ​​Al Warraq, an apparition of the Virgin Mary took place . It has been documented with photos and videos from a cheering crowd.

The apparition of the Virgin lasted for three hours and it seems absurd that the media all over the world have snubbed an event so striking as to involve thousands of people for three hours.

To remove any doubt about the possibility that it was an organized party (with related plays of light), in the Coptic Orthodox Church dedicated to the Virgin Mary and to St. Michael the Archangel in the poor quarter of Al Warraq in Cairo, the official statement of the Bishop of Giza , Anba Theodosius, who states:

“The diocese of Giza announces that the Virgin Mary appeared in transfiguration at the Church dedicated to her in Warraq al-Hadar, Giza, in the early hours of Friday, December 11, 2009 at 01.00 in the morning.

The Holy Virgin appeared in full-length with bright garments, above the central dome of the church, with a very white dress and a royal blue belt. He had a crown on his head above which appeared the cross placed on the central dome. Even the crosses on the domes of the church and the tower were illuminated with light.

The Holy Virgin moved between the domes and the gate of the church between the two twin towers. Local residents saw it. The apparition lasted from 1.00 in the morning until 4.00 in the morning on Friday and was taken up by cameras and cell phones. Around 3,000 people from the neighborhood and surrounding areas and visitors flocked to the street in front of the church to see the apparition.

Since Friday, the large crowd gathering near the church has been able to observe luminous doves flying over the church at various hours of the night and stars appearing from nowhere in the sky, traveling 200 meters and then disappearing. The great crowd gathered around the church does not stop singing praises and invocations to the Holy Virgin.

This is a great blessing for the Church and for all the inhabitants of Egypt.

May his blessing and intercession do good to us all. “

To be excluded categorically therefore, as one might have thought by observing the videos so striking and the air of celebration, that it was an event organized by the local diocese.

The reconstruction of the appearance of Al Warraq

The appearance of Al Warraq coincided with the beginning of the Coptic month of Kiahk, better known as “the month of Mary” , whose celebrations ended on January 7th 2010.

The first to notice the apparition was a Muslim, Hassan, who was sitting in his bar at around 8.30 pm when he saw a strong light coming from the church. Other people from the street also noticed the light and saw a dove circling above the church. Then at 1.00 at night the apparition showed itself in full figure moving to various points of the roofs of the church. There was no lack of miraculous healings (ed. Even though perhaps the most miraculous thing was to see people of different religions come together in celebration, animated by hope, including that of a woman who remained blind to one eye for an advanced retinopathy due to the diabetes.

Also in this case, during the night or in the days immediately following, as stated in part also in the official statement of the diocese of Giza, a whole series of events were also associated with the previous apparitions.

On the other hand, the area is not new to divine manifestations of this magnitude. Suffice it to say that on 2 April 1968 another district of Cairo in Zeitun , an hour and a half after sunset, the Madonna appeared dressed in white full-length on the domes of the Church in the neighborhood. The first to see it were Muslim mechanics and passers-by who at the time thought that the girl wanted to jump off the roofs of the church and shouted to him to pay attention and wait.

Since these were domes, it would not have been easy for a human being to even walk in that position and it was thus that some of the most witty realized that it was not a suicide and began to scream ” the Virgin Mary , the Virgin Mary “. The apparition then shifted remaining always on the dome and bowed and then knelt before the cross. Traffic in the neighborhood collapsed immediately and a large crowd gathered in front of the church. She blessed the crowd.

The apparitions in Zeitun, as well as the miracles connected to them, followed one another until May 28, 1972 and were witnessed by millions of people, managing to gather up to 250,000 Christians, Jews, Muslims and non-believers in a single night .

Between August and November 1982 the Virgin appeared on the church dedicated to her in the city of Edfu .

It was then the turn of Shentena Al-Hagar between August and September 1997 where the appearance of the Madonna was preceded by the sighting of red lights and silver-white objects that flew over the roof of the local church.

And again between August 2000 and January 2001 in Assiut , in Upper Egypt always in the same way.

On 12 July 2002, in the Diocese of Giza in Omrania Gharbia , phenomena of luminous figures and doves of light were witnessed around the Orthodox Church dedicated to the Virgin.

What happened on Friday, December 11th in the neighborhood of Al Warraq, has deeper roots in time. Appearances not to single seers, but to whole crowds, often extended for months or years and almost always documented also by photographic material. 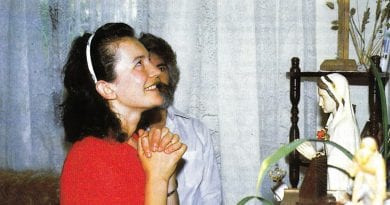 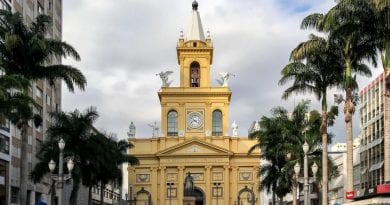 Later this month, U.S. intelligence agencies will present to Congress a highly-anticipated unclassified report about what they know about UFOs,

A sweet song of adoration and thanksgiving to Jesus, for the infamous humiliations he suffered … for the blood he

Rare: Little Know Words from Fatima Seer Jacinta: “The sins of the world are very great…If men only knew what eternity is, they would do everything in their power to change their lives.”