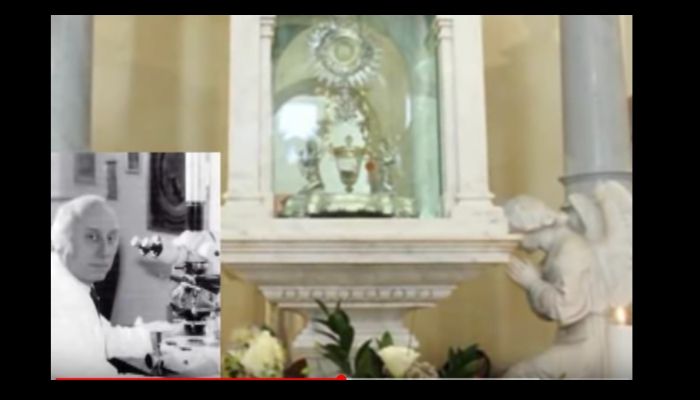 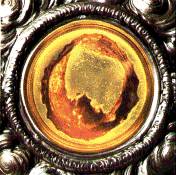 Ancient Anxanum, the city of the Frentanese, has contained for over twelve centuries the first and greatest Eucharistic Miracle of the Catholic Church. This wondrous Event took place in the 8th century A.D. in the little Church of St. Legontian, as a divine response to a Basilian monk’s doubt about Jesus’ Real Presence in the Eucharist.

The Host-Flesh, as can be very distinctly observed today, has the same dimensions as the large host used today in the Latin church; it is light brown and appears rose-colored when lighted from the back.

The Blood is coagulated and has an earthy color resembling the yellow of ochre.

In 1970-’71 and taken up again partly in 1981 there took place a scientific investigation by the most illustrious scientist Prof. Odoardo Linoli, eminent Professor in Anatomy and Pathological Histology and in Chemistry and Clinical Microscopy. He was assisted by Prof. Ruggero Bertelli of the University of Siena.

The analyses were conducted with absolute and unquestionable scientific precision and they were documented with a series of microscopic photographs.
These analyses sustained the following conclusions: 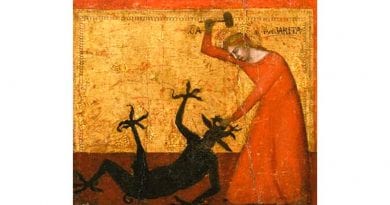 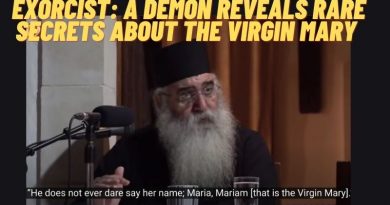 Thursday of the Third week of Lent Jesus was driving out a demon that was mute, and when the demon

﻿ The following is Our Lady’s message given through Mirjana: “Dear children, great are the works that the Heavenly Father