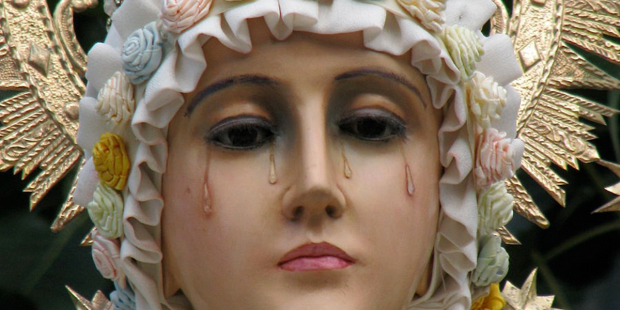 You’ve heard the story–two shepherd children were visited by the Mother of God in 1846. The message she gave them was so terrifying even the Catholic Church has attempted to suppress it. And yet this is an approved apparition of the Church.

The unknown Lady now spoke to the children. “We were drinking her words”, they would say later, adding, “she wept all the time she spoke to us”.
“Come near, my children, be not afraid; I am here to tell you great news. 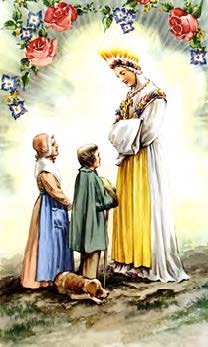 “If my people will not submit, I shall be forced to let fall the arm of my Son. It is so strong, so heavy, that I can no longer withhold it.
“For how long a time do I suffer for you! If I would not have my Son abandon you, I am compelled to pray to him without ceasing; and as to you, you take not heed of it.
“However much you pray, however much you do, you will never recompense the pains I have taken for you.
“Six days I have given you to labor, the seventh I have kept for myself; and they will not give it to me. It is this which makes the arm of my Son so heavy.
“Those who drive the carts cannot swear without introducing the name of my Son. These are the two things which make the arm of my Son so heavy.
“If the harvest is spoilt, it is all on your account. I gave you warning last year with the potatoes (‘pommes de terre’) but you did not heed it. On the contrary, when you found the potatoes spoilt, you swore, you took the name of my Son in vain. They will continue to decay, so that by Christmas there will be none left.”
The French expression “pommes de terre” intrigued Melanie. In the local dialect the word for potatoes was “las truffas”, whereas “pommes” for Melanie meant the fruit of the apple tree. Hence she instinctively turned towards Maximin to ask for an explanation, but the Beautiful Lady forestalled her.
“Ah, my children, you do not understand? Well, wait, I shall say it otherwise”.
And she continued her discourse in the local dialect of their region.
“If you have wheat, it is no good to sow it; all you sow the insects will eat, and what comes up will fall into dust when you thresh it.”
“There will come a great famine. Before the famine comes, the children under seven years of age will be seized with trembling and will die in the hands of those who hold them; the others will do penance by the famine. The walnuts will become bad, and the grapes will rot.”
Here the Beautiful Lady addressed the children separately, confiding to each a secret. She spoke first to Maximin, and though the little shepherd did not perceive that her tone of voice had changed, Melanie at his side could not hear a word, though she still saw the Beautiful Lady’s lips moving. Then came Melanie’s turn to receive her secret under like conditions. Both secrets were given in French.
Again addressing the two children in the idiom familiar to them, the Lady continued: “If they are converted, the stones and rocks will change into mounds of wheat, and the potatoes will be self-sown in the land.
“Do you say your prayers well, my children?”, she asked the shepherds. Both answered with complete frankness: “Not very well, Madam”. “Ah, my children”, she exhorted them, “you must be sure to say them well morning and evening. When you cannot do better, say at least an Our Father and a Hail Mary; but when you have time, say more.”
“There are none who go to Mass except a few aged women. The rest work on Sunday all summer; then in the winter, when they know not what to do, they go to Mass only to mock at religion. During Lent, they go to the meat-market like dogs.”
“Have you never seen wheat that is spoilt, my children?”, the Beautiful Lady then asked them. “No, Madam”, they replied.

“But you, my child”, she insisted, addressing the little boy in particular, “you must surely have seen some once when you were at the farm of Coin with your father. (Coin was a hamlet near the town of Corps). The owner of the field told your father to go and see his ruined wheat. You went together. You took two or three ears of wheat into your hands and rubbed them, and they fell into dust. Then you continued home. When you were still half an hour’s distance from Corps, your father gave you a piece of bread and said to you: ‘Here, my child, eat some bread this year at least; I don’t know who will eat any next year, if the wheat goes on like that’”.
Confronted with such precise details, Maximin eagerly replied: “Oh yes, Madam, I remember now; just at this moment I did not remember”.
Then the Lady, again speaking French as at the beginning of her discourse and when giving the secrets, said to them: “Well, my children, you will make this known to all my people.”
Now she turned slightly to her left, passed in front of the children, crossed the brook Sezia, stepping on stones emerging from it, and when she was about ten feet from the opposite bank repeated her final request, without turning around or stopping: “Well, my children, you will make this well known to all my people.” These were her last words.
Meanwhile the two witnesses were still standing motionless at the spot where the conversation had taken place, when suddenly they realized that the heavenly Visitor was already some steps away from them. In their eagerness to join her again, they ran across the brook and were with her in a moment. Thus, in the company of Maximin and Melanie, the Lady moved along, gliding over the tips of the grass without touching it, until she reached the top of the hillock where the children, after their sleep, had gone to look after their cows. Melanie preceded her by a few steps, and Maximin was at her right.
On reaching the summit the Lady paused for a few seconds, then slowly rose up to a height of a meter and a half. She remained suspended in the air for a moment, raised her eyes to Heaven, then glanced in the direction of the southeast. At that moment, Melanie, who had been standing at the left of the Lady, came in front in order to see her better. Only then did she notice that the celestial Visitor had ceased weeping, although her features remained very sad.
The radiant vision now began to disappear. “We saw her head no more, then the rest of the body no more; she seemed to melt away. There remained a great light”, related Maximin, “as well as the roses at her feet which I tried to catch with my hands; but there was nothing more”. “We looked for a long time”, added Melanie, “to see if we could not have another glimpse of her”, but the Beautiful Lady had disappeared forever.
The little shepherdess then remarked to her companion: “Perhaps it was a great Saint”. “If we had known it was a great Saint”, said Maximin, “we would have asked her to take us with her”.
Share This Post: 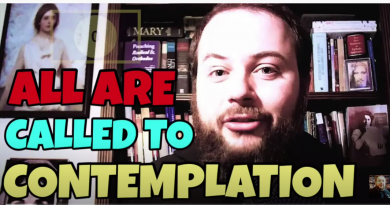 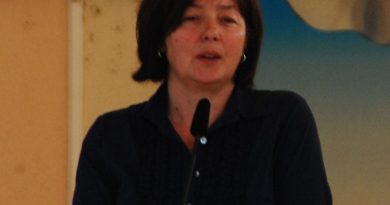 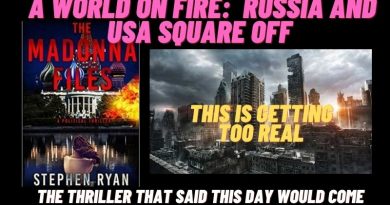 . October 15 is the day dedicated to children never born . A day set up to celebrate those children who have never been