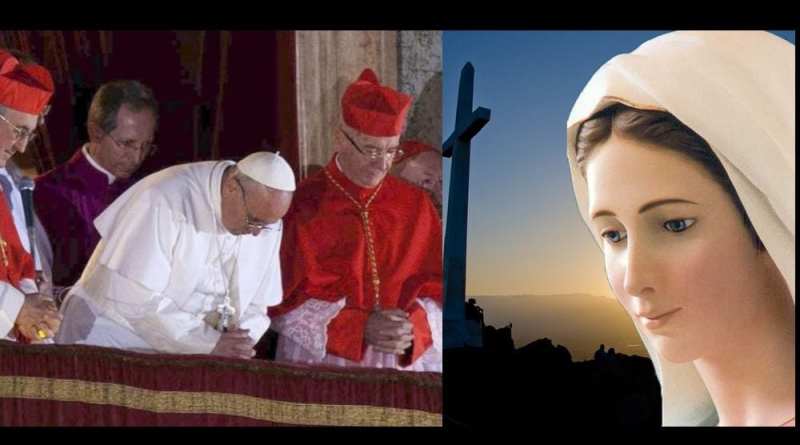 “Thus the visions of the future of the Good Pope seem to cross with the secrets of the apparitions of the Madonna to the visionaries of Medjugorje. A slap in the face of those who question its authenticity.“

The prophecy of John XXIII

…. “Then the Holy Barefoot will descend from the mountain and shake the kingdom before the tomb of the Barefoot, blessed by the Blessed Virgin. Listen to his word. Mary Most Holy, daughter and mother of God, lady of the future time, summon your children from the countryside to bring down the two Babylonians “

But only a few of us know that also the Good Pope, John XXIII, anticipated the events of the mankind up to 2033. This is the date, at least, up to which reach his visions about the future, in the volume – published 40 years ago and currently out of print – “Pope John’s prophecies” (Mediterranean Editions, 1976), a columnist in religious and esoteric matters, Pier Carpi, who died in 2000.

In the introduction,  the author tells how he has come mysteriously into possession of  Pope Angelo Roncalli’s original diary containing prophecies allegedly dating back to the time when he was an apostolic nuncio in Turkey. Some of the prophecies describe the Pontiffs who would have followed him till 2033. Among them, there was Pope Benedict XVI – Benedict, Benedict, Benedict – and Pope Francis, already announced in a prophecy in which he talks about Pope Benedict XVI: Thou shalt make thee barefoot and you walk with the barefoot saint.

With these words, John XXIII,the Good Pope, would have precognized the Pontificate of Pope Jorge Mario Bergoglio.

The visions on the future of the Good Pope extend to the year 2033.

He will come down from the mountain …

We know that the Bergoglio family is of Piedmontese origin, in fact. To write it is Emanuela Barbara in the online newspaper “In Terris”. And taking the name of the Barefoot Saint of Assisi, Francesco certainly shook an ecclesiastical system that had become concrete.

The earth will destroy the cement and of earth it will be, O Queen, your new Church.

And on earth the wheat, for the hunger of your peoples, flower on its new altar. Here, this Holy Father, Vicar of Christ, tries to re-establish the Church on the authentic and original values ​​of Christianity, of faith in Jesus, the Emmanuel, the Savior. It witnesses to and preaches the privileged love for the humble, undermines a conception of power as a privilege and honor. And so the Church resurrects in the simplicity of Gospel values ​​and rediscovers its unity.

The two Babylonians are destroyed, the separation between the Christian Church of the East and of the West will be healed. This is the most beautiful fruit to offer to the Virgin Mary, like a flower that is born from the sowing of Christian love.

And let’s be the Mother, how unique you are.

Finally, the Christian churches will be united into one. After centuries of separation, there will be only one Church. The meeting in Cuba of Pope Francis with the Patriarch of Moscow and all of Russia Kirill is the sign of the coming fulfillment of this time of Grace of unity.

John XXIII anticipated the resignation of Benedict XVI, the “double pontificate” with Francis, as brothers in Jesus Christ, and even that the Pope emeritus will not be buried in the Vatican, but in Germany, and will be remembered as a Doctor of the Church.

We read, in fact: Your kingdom will be short and great, Father, it will be short, but it will take you far away, to the distant land where you were born and where you will be buried.And then: And there will be another Father, before your burial, to pray far away for you, for the wounds of the Mother. And again: Time for peace, then, and on the tall stone will be the name of Alberto. Joseph Ratzinger is German, like Albertus Magnus, also a philosopher and theologian, protector of scientists. Benedict XVI was the proponent of dialogue and the “new alliance” between science and faith. There are many analogies between the late Middle Ages Church Father and the Pontiff of the “great refusal” in the third millennium.Even Albert the Great spent the last years of his life in isolation. And he was ordained bishop in Regensburg, where Benedict XVI delivered the famous lectio magistralis on faith, reason and rationality.

The pontificate of Francis will also be brief, according to the prophecies of the Good Pope.

Two brothers and no one will be a true Father. The Mother will be a widow. And the time of Christ is approaching. Before the last light, the shepherds will have recognized the sign.And many Fathers, will have the Mother, and all brothers. Before the end of time, apostolic collegiality is accomplished, which is Jesus’ mandate to the disciples. Peter was and is primus inter pares, the Pope is bishop among the bishops.

And it will be God’s time on earth.

The time of truth, which is simpler than everyone has said, have written. According to the prophecies of John XXIII, in 2033, the time of universal judgment should be fulfilled. A judgment of mercy, love and forgiveness: It will be a good judgment. Our Father, who art in heaven, your kingdom is coming. Your will is done in heaven and on earth. The Savior’s age is twenty centuries older. Amen.

Thus the visions of the future of the Good Pope seem to cross with the secrets of the apparitions of the Madonna to the visionaries of Medjugorje. A slap in the face of those who question its authenticity. 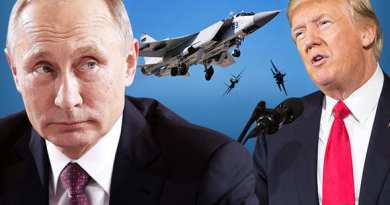 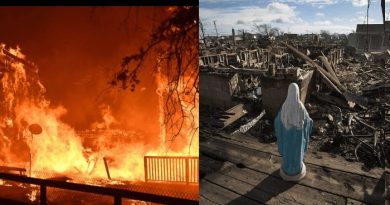 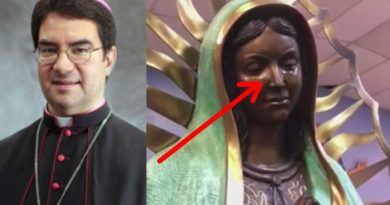 Miracle Mystery: “We Have Not Discerned Natural Causes”: Bishop Issues Incredible Report on Weeping Statue “I remind you that the Church believes in the existence of fallen angels, who at times try to trick us.”

St. Rita of Cascia by Msgr. Paul Guerin, 1882.Saint Rita was born in Italy in the late 14th

Is the Final Confrontational unfolding? Sr. Lucia: “Satan is preparing the anti-creation” THE FATIMA PROPHECY