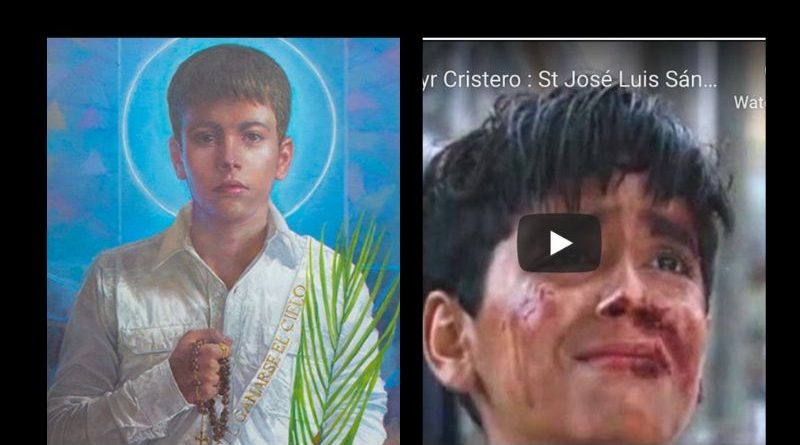 Dear Lord,
Help me to be courageous and steadfast in my devotion to you. Help me to identify causes and injustices in my day that are worth defending and standing up for. Give me perseverance and a desire to help others at any cost. Help me to revere Christ as the king of my life.
Saint José Sánchez del Rio, pray for us.
Amen.

The Saint you should tell your sons about.

Today is the feast of St. Jose Sanchez del Rio.

He was killed by the Mexican government on this day in 1928, at age 14, for demanding the right to practice his Catholic faith.

He was captured while serving with the Cristero rebels who were fighting for an end to the anti-Catholic laws of President Plutarco Calles, that had led to the closure of most churches in the country and the murder of many priests, religious, and lay Catholics.

Before being killed, Jose was tortured. The soles of his feet were cut off in an unsuccessful attempt to get him to deny his faith. He was then forced to walk on those same bare feet to the town cemetery.

With his parents watching he stood by his open grave and was offered one more chance to save his life. He cried out “Viva Cristo Rey!” (Long live Christ the King!) before being shot to death.