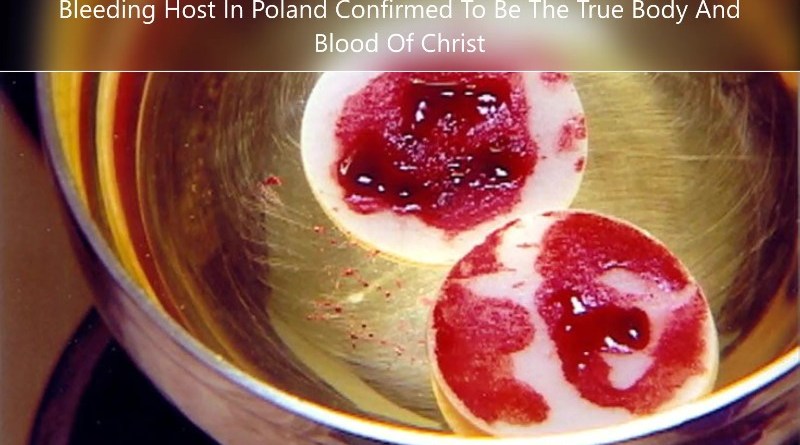 In Poland, a consecrated host fell on the floor and picked up and placed in a container with water, according to the report by Bishop Zbigniew Kiernikowski of Legnica on Sunday. The falling of the host and it’s preservation occurred on the Christmas day of 2013, after the host was conserved in a container with water by the Parish Priest, it gradually began to turn to change color, possessing red-bloody stains.

“In February 2014, a tiny red fragment of the Host was separated and put on a corporal. The Commission ordered to take samples in order to conduct the thorough tests by the relevant research institutes,” said Bishop Kiernikowski The bleeding host had for sometimes now been attributed to have “the hallmarks of a Eucharistic miracle”

The final medical statement by the Department of Forensic Medicine found that “in the histopathological image, the fragments (of the Host) were found containing the fragmented parts of the cross-striated muscle. It is most similar to the heart muscle. Tests also determined the tissue to be of human origin, and found that it bore signs of distress.”

Bishop Kiernikowski said he believe that the Bleeding host has “a Eucharistic miracle”, he told reporters that he took this case to the Vatican’s Congregation for the Doctrine of the Faith. And the Vatican in April approved the findings and reports of the case and recommended the parish priest, Fr. Andrzej Ziombrze “to prepare a suitable place” for the Host so that the faithful could venerate it.

“I hope that this will serve to deepen the cult of the Eucharist and will have deep impact on the lives of people facing the Host,” Bishop Kiernikowski said.

May The Name of the LORD be Praised. Share This Story if you Believe in Miracles, 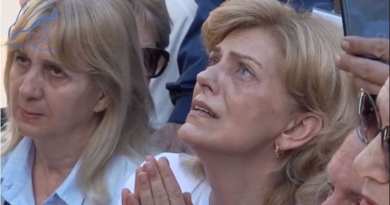 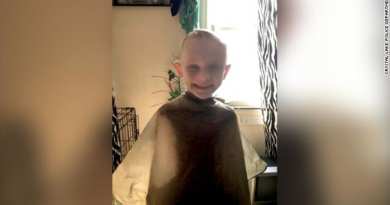 March 25, 2020 “Dear children! I am with you all these years to lead you to the way of salvation.

November 10, 2020 Mary’s Pearl from Medjugorje: “Your home is in Heaven” …When Our Lady spoke to us about eternal life. “Only in prayer will you be close to me and my Son and you will see how short this life is.”

Mary’s Pearl November 14, 2020 Recent Urgent Message: “God is sending me to save you and the earth on which you live.”

SOURCE: EXPRESS.COM.UK THE END OF THE WORLD is upon us, as Coronavirus, an apocalyptic locust plague and the conflict between