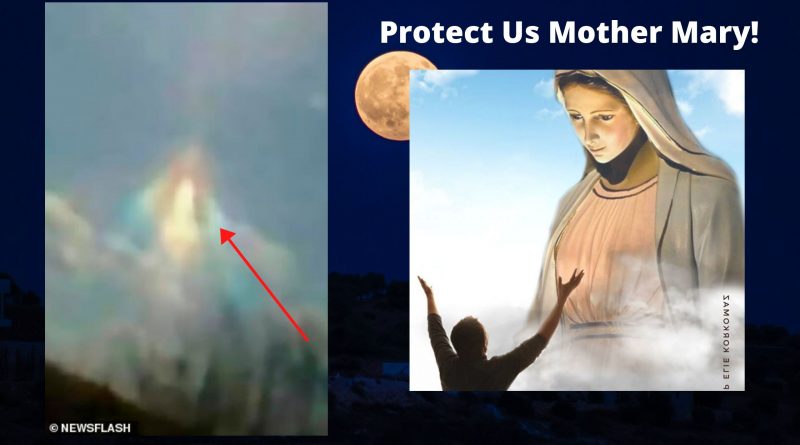 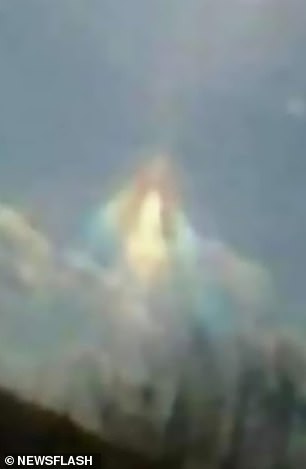 Netizens in Argentina have thanked the Virgin Mary for protecting them after claiming this image of her appeared in the sky amid the Coronavirus outbreak.

The ‘figure’ was taken at around 5pm on Wednesday in the city of San Carlos, in the northeastern Argentine province of Corrientes and was later spread on social media and messaging services.

An unnamed resident whose daughter took the picture said ‘in the sky, a rainbow started to be seen, and then some drops started to create the figure (of the Virgin) in the sky surrounding the sun’.

Local media reported that some residents compared the figure seen in the sky with the Virgin of Itati, the patron saint of the province of Corrientes.

While netizen Susy Jimenez seemingly saw the figure as the Virgin Mary, writing: ‘Thanks Mother for protecting us, for interceding for God, and for your mercy for the people.’

Reports state the figure was also seen from the nearby town of Candelaria. San Carlos is said to be one of the oldest Jesuit towns in the province.

Nancy Cervantes Saez commented ‘and there are a lot of stories… I do know we are very sensitive, aren’t we asking for a bit of hope?’, connecting the incident with coronavirus pandemic and the beginning of the quarantine in Argentina.

But ‘Ricardo Busto’ added: ‘My cousin says she sees a penis’.

Argentina has had 589 confirmed cases of Covid-19, with 12 deaths, according to the Johns Hopkins coronavirus tracker.