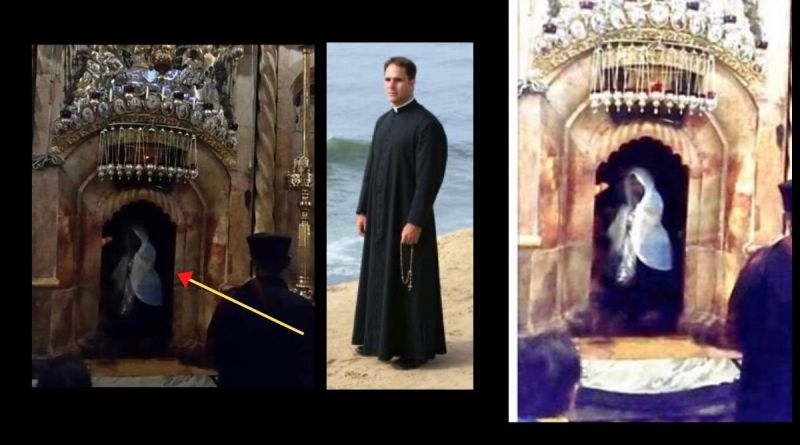 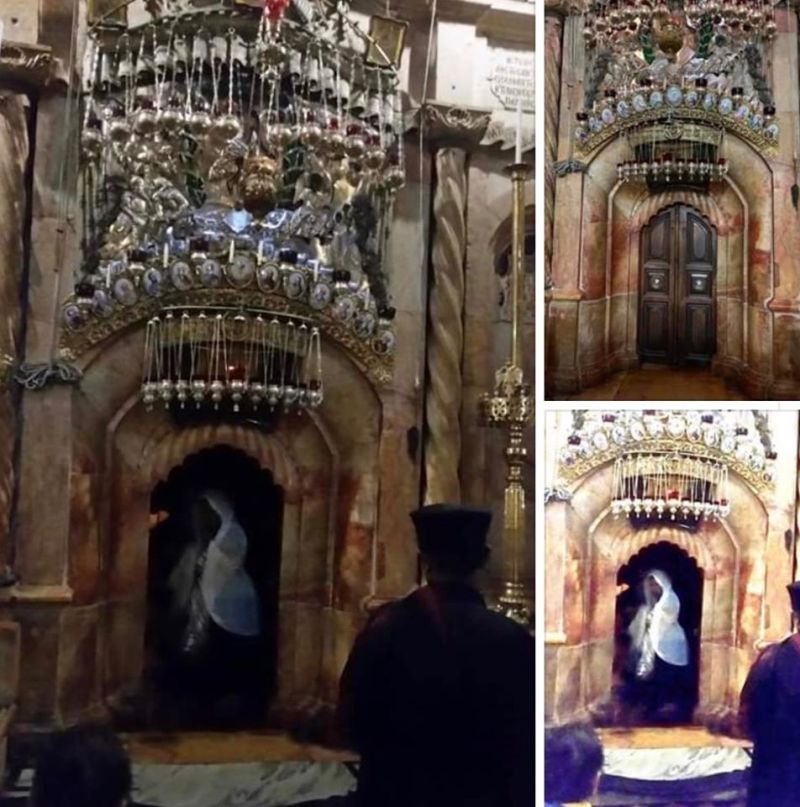 Want to see something absolutely incredible? Last year, a group of pilgrims (including Fr. Calloway and Jim Caviezel) went with 206 Tours to the Holy Land.

On May 4, 2019, the large group of pilgrims made the Stations of the Cross very early and arrived at the Holy Sepulchre (tomb of Jesus Christ) a little after 6:00am. Before the doors to the Holy Sepulchre were open for the priests to enter and celebrate the Holy Sacrifice of the Mass, one of the pilgrims took a photo of the front of the tomb.

The doors to the tomb were shut. Father Calloway was standing very close to the photographer who took the pic and testifies that the doors were shut. Look at what came out in the photo!

In the montage of pics, the upper right shows what everyone was seeing that morning (the closed doors to the tomb). On the left is what came out in one of the photos taken that morning! On the lower right is an enhanced view of the miraculous photo.

Interestingly, the mystic Blessed Anne Catherine Emmerich described the appearance of the risen Lord to his mother in this way: “I saw the risen Lord appearing to His Blessed Mother on Mount Calvary. He was transcendently beautiful and glorious, His manner full of earnestness.

His garment, which was like a white mantle thrown about His limbs, floated in the breeze behind Him as He walked. It glistened blue and white, like smoke curling in the sunshine.”

Believe! Jesus Christ is risen from the dead! He is the Son of God. He is the Savior of the world!

Thanks to John Lau for arranging montage 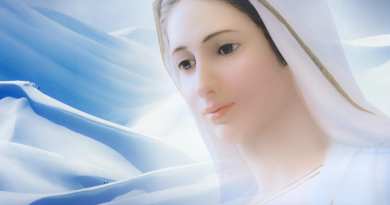 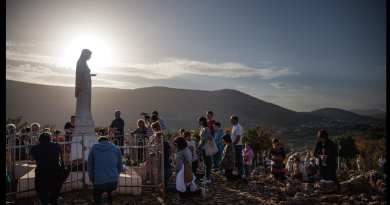 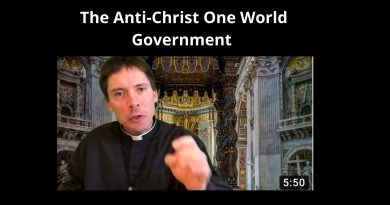 “The US has declared economic war on Russia,” Russian Prime Minister Dmitry Medvedev said on August 10 in remarks that set