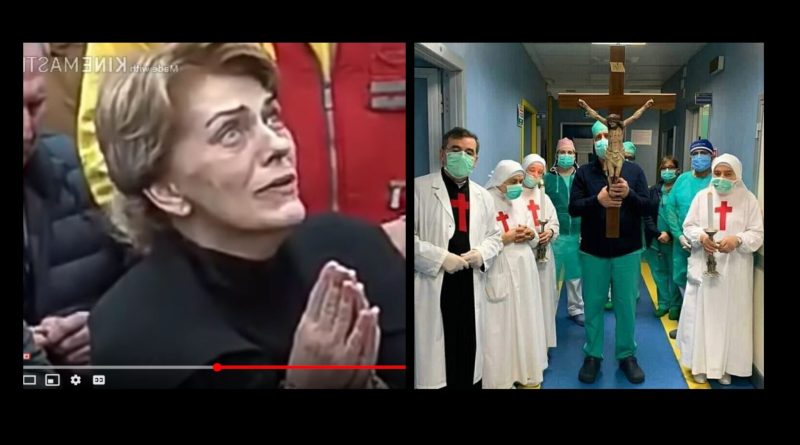 AS Covid-19 threatens the world, allow me to publish the following interview of the visionaries of Medjugorje way back in the 1980’s which the Blessed Mother then described as still within “the time of grace.” I hope what’s said in the interview would give strength in these times of tribulation.

Visionary Mirjana, rather ominously, had said: “Our Lady’s messages here, prepare us for what is to come. She calls us to conversion now which means complete surrender to God. If we do that, we are not afraid, not even of death.”

Then seer Ivanka stressed: “Nothing should frighten us except disobeying God’s Will.”

Agreed visionary Vicka: “People should not be afraid if they are prepared. If we are afraid of these kinds of things, we don’t have confidence in God. Fear of this kind does not come from God. It can only come from satan who wants to disturb us, so that we close ourselves to God and are not able to pray. With God, you can only have confidence – and strength to go through any troubles. The best preparation is to pray every day, go to Mass, and read the Bible. With prayer and penance the chastisements can be lessened. I can only say: prepare. For all eternity, you will thank God if you do.”

Then Marija, at that time, had this to add: “This is a time of great grace and mercy. Now is the time to listen to these messages and to change our lives. Those who do will never be able to thank God enough.”

Also in the 1980’s the Bishop of Mostar, citing testimonies of the visionaries in the Medjugorje apparitions, wrote to the Pope as follows:

“The ninth and tenth secrets (reveaed to some of the six visionaires at that time) are grave matters. They are a chastisement for the sins of the world. The punishment is inevitable because we cannot expect the conversion of the entire world. The chastisement can be mitigated by prayers and penance. It cannot be suppressed. After the first warning, the others will follow within a rather brief period of time. So it is that people will have time for conversion. This time is a period of grace and conversion. After the visible sign, those who are still alive will have little time for conversion. For that reason, the Blessed Virgin calls for urgent conversion and reconciliation. The invitation to prayer and penance is destined to ward off evil and war and above all to save souls. We are close to the events predicted by the Blessed Virgin. Convert yourselves as quickly as possible. Open your hearts to God. This is a message to all mankind.”

AND SO WE SHOULD GO ON with our Oratio Imperata not only in churches but also in our homes, in our bid to be spared from the worst of Covid-19. This, despite our seemingly authoritarian government, one which is usually inhospitable to ugly truths.

Authoritarianism courts the danger of stepping into authoritarian blindness, especially in situations such as Covid-19, wherein constituents held by some fear tend to censor any truth that can displease the highest authority.

This seems to be what had happened in China in the early days of Covid-19, when a doctor who first unraveled the strange disease was told by the police to shut up and accused of sowing disorder. Until it was too late. Xi Jin Ping, with all his might and technological spywares all over his country, had to accept the need to lock down 50 million people in his country.

Such authoritarian trap is not new. On August 4, 1958, amid reports from all over China of unprecedented grain, rice, and peanut production, Chairman Mao Zedong felt himself on high heavens, thinking of how to make use of the excess, to the point that he advised Chinese folk to eat five meals a day. His government signed export agreements to bring out the reported food surplus in exchange for machinery or currency. The fact was that the surplus reports he got were designed to please him and had no backing in reality. What resulted was a collapse in food production and hunger across China.

Mao was fed lies, because the Chinese people were conditioned to report lies if only to satisfy him.

Who was it who said: “Without the pain to warn the brain, the hand stays on the hot stove, unaware of the damage to the flesh until it’s too late.” 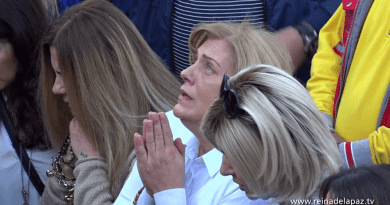 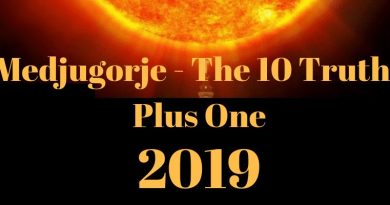 The Day Our Lady was very sad in Medjugorje – leaves with warning for unbelievers: “My motherly heart suffers tremendously … Too many people are walking to their eternal perdition.”…

Going Viral: “I never dreamed that I would have to face the prospect of not living in the United States of America, at least not the one I have known all my life”…please read

I never dreamed that I would have to face the prospect of not living in the United States of America,

Source it.aleteia.org My great grace was that of having been named exorcist by Cardinal Poletti as a helper of Father Candido