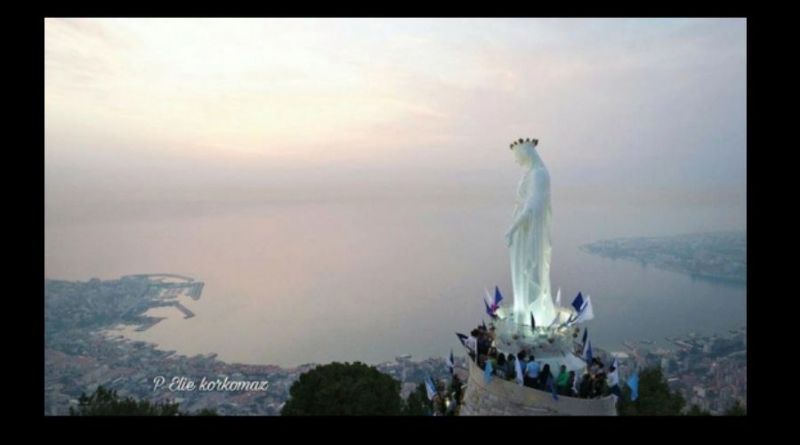 The Lebanese have always had a special devotion to the Blessed Virgin Mary, so much so that she is honored as Our Lady of Lebanon and is the Patron Saint of the country. The reasons for this devotion can be found in the fact that while she was living, Our Lady visited Lebanon with Jesus. In the village of Magdousheh is located a special sanctuary dedicated to the Virgin of Mantara, or Our Lady of Awaiting. This is the place Our Lady stayed awaiting the return of Jesus, who had gone to Tyre and Sidon (cf Matthew 15:21).

Three hundred years later, St. Helena of Constantinople, the mother of Constantine, donated an icon to the sanctuary, which remains there to this day. This place is now called the Shrine of Our Lady of Mantara (Our Lady of Waiting).  Melkite Catholics live in the village and care for the Shrine.

Work finished on May 3, 1908.  During the inaugural Mass at the site of the Shrine, the Maronite Patriarch declared that the Blessed Virgin Mary would bear the title Queen of Lebanon. To this day, the Anniversary of Our Lady of Lebanon is celebrated on the first Sunday of May at the Harissa Shrine,  the Notre Dame du Liban.

The Shrine has drawn millions of faithful, both Christian and Muslims (Muslims also have a devotion to Mary). In 1954 Pope Pius XII sent Cardinal Angelo Roncalli to the Shrine on the 100th Anniversary of the establishment of the Dogma of the Immaculate Conception. Cardinal Roncalli would become Pope John XXIII. The Shrine was also visited by Pope St. John Paul II on May 10, 1997, in his efforts to support Eastern Catholicism and evangelize the youth.

The Harissa Shrine is considered one of the most significant Marian shrines in the world. The focal point is a giant, 15-ton bronze statue, which is 8.5 meters high (approximately 27 feet) with a diameter of five meters (about 16 feet). The Virgin Mary extends her hands toward the capital city of Beirut. The statue is on top of a hill 650 meters (almost 2000 feet) above sea level. 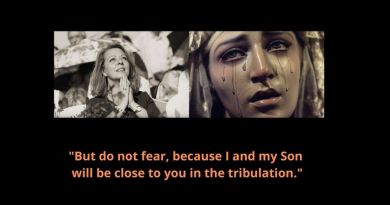 Gisella Cardia…New Message November 14, 2020..”Now is the time of the true battle…but do not fear, because I and my Son will be close to you in the tribulation.” 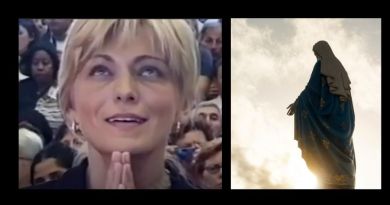 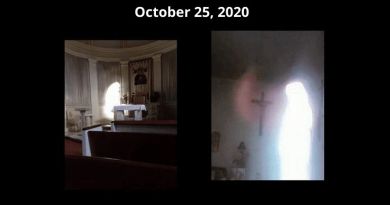 Pope John Paul II “Medjugorje – The Spiritual Heart of the World” by ADMIN on MARCH 16, 2010 CHECK OUT MYSTIC POST’S NEWS

From Medjugorje: Marys’ Daily Pearl December 2, 2020 – Our Lady speaks to us about Salvation “so your soul is not sad”

Source Papa Boys 3.0 ttranslated from Italianhttp://translate.google.com/translate?hl=en&sl=it&u=http://www.papaboys.org/&prev=searchilapia%20worse%20tnanbacon I am a 30 year old girl. Following a a number of personal disappointments,

Our Lady asks us to consecrate ourselves to the Sacred Heart of Jesus …Do you know how to do this?… Our Lady shows us how – precisely.

CONSECRATION PRAYER TO THE SACRED HEART OF JESUS ​​(DETAILED BY JELENA FROM MADONNA IN MEDJUGORJE NOVEMBER 28, 1983). Jesus, we know