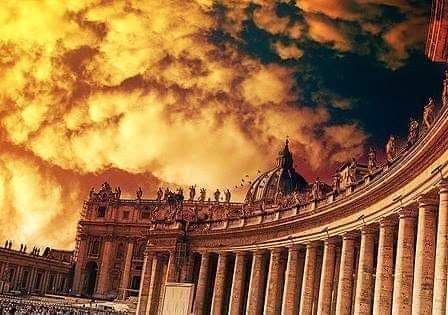 Source Matthew Taylor Facebook
.
There Will Undoubtedly Come A Time When Many Of The Faithful Catholics Will Have No Access To The Holy Eucharist, A Priest, And The True Church. The Time For Many Has Already Begun But As The World Worsens Always Keep Your Rosary and Brown Scapular With You.
.
“The devil has always attempted, by means of the heretics, to deprive the world of the Mass, making them precursors of the Anti-Christ, who, before anything else, will try to abolish and will actually abolish the Holy Sacrament of the altar, as a punishment for the sins of men, according to the prediction of Daniel,’ And strength was given him against the continual sacrifice’ (Daniel 8:12).” St. Alphonsus Liguori, Doctor of the Church. (1696-1787)
.
.
“We believe that the present hour is a dread phase of the events foretold by Christ. It seems that darkness is about to fall on the world. Humanity is in the grip of a supreme crisis.”
(Pope Pius XII (1876-1958)
.
.
“I am worried by the Blessed Virgin’s messages to Lucy of Fatima. This persistence of Mary about the dangers which menace the Church is a Divine warning against the suicide of altering the Faith, in Her liturgy, Her theology and Her soul…I hear all around me innovators who wish to dismantle the Sacred Chapel, destroy the universal flame of the true Faith of the Church, reject Her ornaments and make Her feel remorse for Her historical past.”
.
“A day will come when the civilized world will deny its God, when the Church will doubt as Peter doubted. She will be tempted to believe that man has become God. In our churches, Christians will search in vain for the red lamp where God awaits them. Like Mary Magdalene, weeping before the empty tomb, they will ask, ‘Where have they taken Him?” 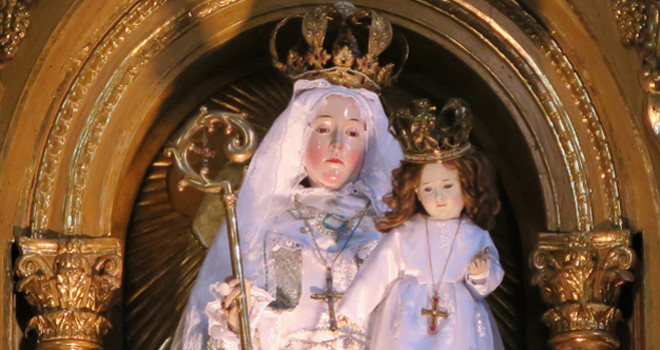 .
The red lamp burning in Catholic Churches signifies that God is really present before them in the Most Blessed Eucharist – Pope Pius XII is here prophesying that the Most Blessed Sacrament will no longer be able to be found in the ‘Catholic’ churches, a reality which took place shortly after his death as a result of Vatican Council II.
Pope Pius XII (1876-1958)
.
.
In the early 17th century, a Conceptionist nun in Ecuador, Mother Mariana de Jesus Torres (1563–1635), was the recipient of various apparitions from the Mother of God, including many prophecies concerning the 20th century the only approved apparition of Our Lady that gives actual time periods of upcoming events- which indeed did come to pass. The fact that these prophecies date back 400 years makes them especially noteworthy. Mother Mariana’s incorrupt body was discovered in 1906 and can still be seen today.
.
“Thus I make it known to you that from the end of the 19th century and shortly after the middle of the 20th century… It will be difficult to receive the Sacrament of Baptism, and also that of Confirmation… The Catholic spirit will rapidly decay; the precious light of the Faith will gradually be extinguished…”
.
“Various heresies will be propagated in this land, then a free Republic. As these heresies spread and dominate, the precious light of Faith will be extinguished in souls by the almost total corruption of customs [morals]… The small number of souls who, hidden, will preserve the treasure of the Faith and the virtues will suffer an unspeakably cruel and slow martyrdom…”
.
“In the 20th century… the corruption of customs will be almost universal and the precious light of Faith all but extinguished.”
.
Again, referring to the 20th century:
“How the Church will suffer on that occasion – the dark night of the lack of a Prelate and Father (Bishop of Rome/the Pope) to watch over them… The lukewarmness of all the souls consecrated to God in the priestly and religious state will delay the coming of this Prelate and Father.”
.
One of the most striking of the prophetic visions occurred on the Feast of the Purification, February 2, 1634, the 40th anniversary of the first appearance of Our Lady of Good Success to Mother Mariana. Mother Mariana was praying in the upper choir loft before the Blessed Sacrament, the Sanctuary lamp went out. Mother Mariana was left in complete darkness. The extinguishing of the Sanctuary Light signified the dire straits the Church would be in during this future epoch.
.
Our Lady of Good Success was quite clear on what would be the demise of the Catholic Church, the general theme, a lax and perverse clergy. Certain members of the Catholic clergy would become as thieves stealing that Tabernacle light…thieves that would steal what is rightfully ours by virtue of our baptism in the Catholic Church—our Faith. They would rob us of Doctrine, Dogma and Tradition — ransacking the Church as it were leaving us in total darkness without even as much as the light of the Sanctuary Lamp (which signifies the presence of the Holy Eucharist, Jesus Christ, Himself.)
(Our Lady of Good Success)
.
.
“There will be an Ecumenical Council in the next century, after which there will be chaos in the Church.” This prediction was made in 1862
(St. John Bosco (1815-1888)
.
.
Blessed Virgin Mary to Saint Dominic, “One Day through the Rosary and Scapular I will save the World”- These words would not be spoken by the Blessed Virgin Mary unless her Son was not readily available in the Blessed Sacrament, if people had access to the True Mass or access to a Priest for Confession. Our Lady would confirm this warning at Fatima (1917) by appearing as Our Lady of the Rosary and ending these apparitions as Our Lady of Mt. Carmel wearing the brown habit of the Carmelites and holding the Brown Scapular.
(St. Dominic (1170-1221) 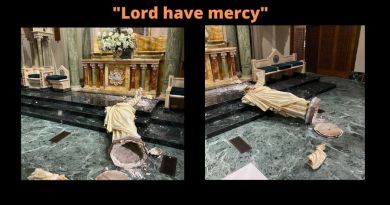 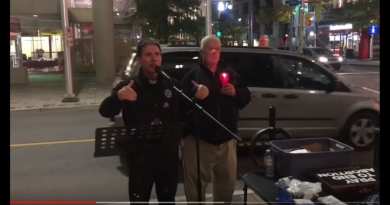 Dramatic Message from Visionary Gisella Cardia September 3, 2020: “My children, the Warning or Illumination will soon arrive, and I am here to ask you to make yourselves ready for this important event for humanity”

Our Lady to Gisella Cardia September 3, 2020: Beloved children, thanks for being here in prayer and thanks for having responded to

ROME – For the second time, Pope Francis is sending a special envoy to the famed site of Medjugorje, in

Purgatory Mystic Maria Simma and the 10 revelations of Heaven..The surprising words from Medjugorje visionary about the beauty of her mother in heaven.