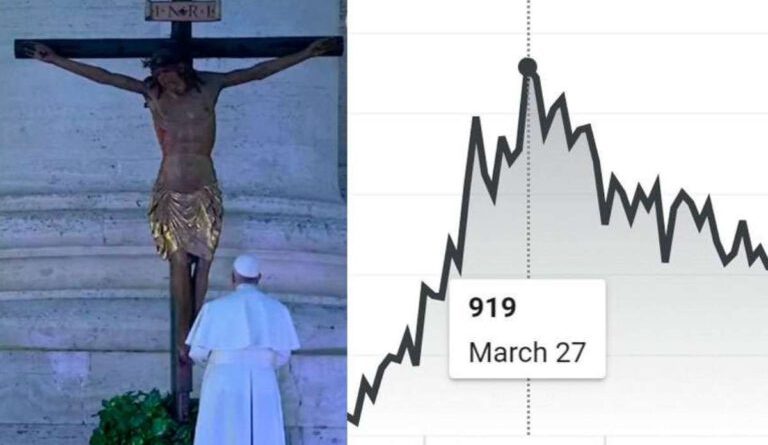 The images of Pope Francis walking in a deserted San Pietro square to pray the Crucifix of San Marcello al Corso against the coronavirus pandemic will remain indelible in the hearts and minds of the faithful around the world.

Perhaps, however, it may not be just the emotion of that moment to leave a mark. In fact, the numbers suggest something highly extraordinary . Looking at the progress of the coronavirus epidemic in Italy, and the prayer of Pope Francis on March 27, we find a surprising correspondence to say the least.

The Pope’s prayer and the end of the infections: was it a miracle?

The date of the Pope’s prayer, followed only on Italian TV by 17 million people, corresponds plastically to the peak of the infections and to the beginning of the descent of the deaths due to the coronavirus. Could there therefore have been a miracle again, a scientifically inexplicable relationship between “miraculous Christ” that stopped the epidemic in 1522 and the fall of the 2020 pandemic infections?

The issue was noticed and spread by the online newspaper Aci Prensa, after a priest from the archdiocese of Milwaukee, in the United States, showed everyone the incredibly exact correspondence. Analyzing the balance of coronavirus victims in Italy, in fact, the priest realized that March 27, the date of the Pope’s prayer in St. Peter’s Square, is also the date of the moment when the infections began to descend, as shown blatantly the graph. 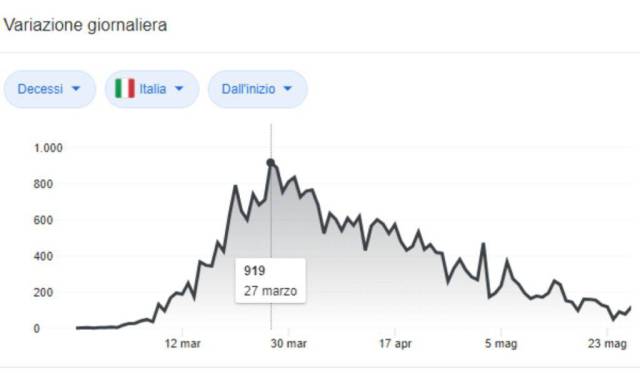 The urbi et orbi blessing and those surprising facts

On that day, the Pope, presiding in front of a deserted St. Peter’s Square, an extraordinary moment of prayer in the presence of the ” Miraculous Christ “, imparted the blessing of Urbi et Orbi and prayed before the image of the crucified Lord, to whom the end of the epidemic of 1522.

That same date of March 27 corresponds to the day in which there was the greatest number of victims in Italy , 919. A number that had been rising inexorably since the beginning of the health emergency. After that, there was prayer in the evening, and the numbers of deaths by contagion began to fall inexorably, to reach today.

The Pope’s prayer in St. Peter’s square and the end of the coronavirus

In fact, these days in Italy the restrictive measures have been revoked, and even the Masses with the people have been made possible again, with all the health recommendations required and due. 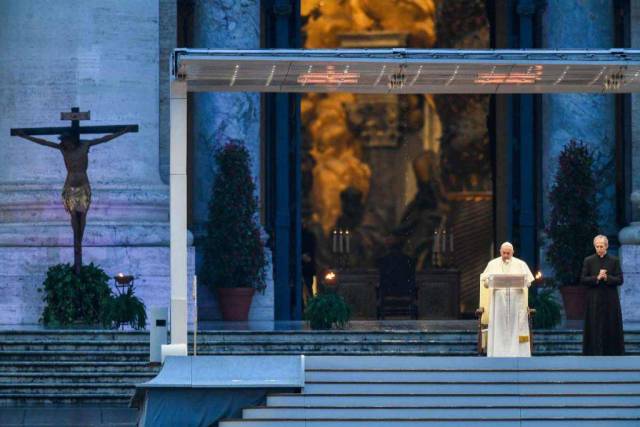 In St. Peter’s Square, the Pope wanted to give the Urbi et Orbi blessing in front of a completely deserted St. Peter’s square – photo Getty Images

Furthermore, before that extraordinary day of prayer, the Pope had also prayed before the Marian image of the Salus Populi Romani . While in that deserted San Pietro square Francesco reflected on the passage of the Gospel in which Christ calms the storm on the Sea of ​​Galilee.

“We found ourselves afraid and lost. Like the disciples of the Gospel, we were taken aback by an unexpected and furious storm. We realized that we were on the same boat, all fragile, disoriented , but at the same time important and necessary, all called to row together, all in need of comforting each other, “said the Pope on that occasion.

“We are all on this boat. As those disciples , who speak with one voice and in anguish say: ‘We are lost’, so we too have realized that we cannot go forward each on his own, but only together “. 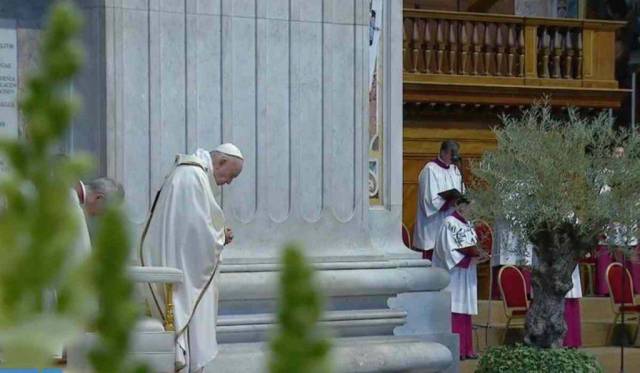 Pope Francis for Easter Mass in St. Peter’s Basilica decided not to pronounce Resurrexit because of the current situation due to the pandemic – sourceweb

The Pope’s prayer for humanity terrified of anguish

The Pope prayed at that time for “ordinary people, usually forgotten, who do not appear in the headlines and magazines or on the big catwalks of the last show but, without a doubt, are writing today the decisive events in our history: doctors , nurses and nurses, supermarket workers, cleaners, carers, transporters, law enforcement, volunteers, priests , religious and many but many others who have understood that no one is saved alone “.

And also for “politicians and administrators, who carry the weight of choices”. Then for “the sick and dying, oppressed by loneliness”, “doctors and health workers, exhausted by fatigue”. Finally, the Pope invoked God for “humanity , terrified of fear and anguish”.

Jesus does not care about man

The disciples in the stormy sea “think that Jesus is not interested in them, that he does not care about them”, explained Francis, reporting on what is happening today. “Among us, in our families, one of the things that hurts the most is when we hear ourselves say: ‘Don’t you care about me?’. It is a phrase that hurts and unleashes storms in the heart. It will also have shaken Jesus. Because no one cares more than he cares about us. “ But Jesus, “once invoked, saves his disheartened disciples,” he explained.

The same happened in St. Peter’s Square . “The storm unmasks our vulnerability and leaves uncovered those false and superfluous certainties with which we have built our agendas, our projects, our habits and priorities,” said the Pope.

The pandemic has exposed tricks and stereotypes

With the pandemic, that is, “the trick of those stereotypes with which we masked our egos always worried about their own image has fallen; and once again, that (blessed) common belonging to which we cannot escape has remained discovered: belonging as brothers ”.

“Lord your Word tonight affects us and concerns us, everyone. In this world of ours, which you love more than we do, we went forward at full speed, feeling strong and capable in everything “, said the Pope.” While we are in a rough sea, we implore you: ‘ Wake up Lord! Save us from the storm! ‘”. “It is time to reset the course of life towards you, Lord, and towards others”. 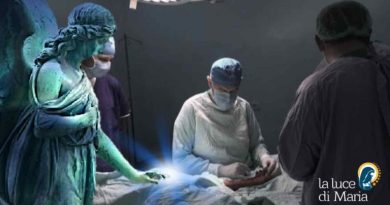 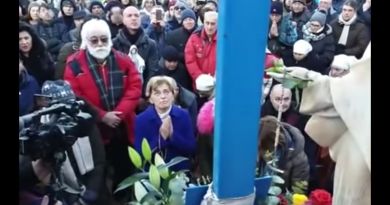 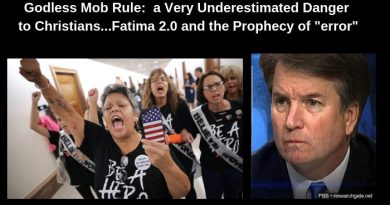 Gisella – My Pain is Profound Our Lady to Gisella Cardia on October 13th, 2020: Dear children, thank you for being here

(CNN)President Donald Trump intends to choose Amy Coney Barrett to be the new Supreme Court justice, according to multiple senior Republican sources with

Dazzlingly beautiful woman with lavish lifestyle gives everything up to follow Jesus – Sins are revealed to her by Jesus – Spends eight days in confession – The Remarkable life of St. Margaret of Cortona

Source:Debka File A new Russian threat was received in Israel on Wednesday, Dec. 26: Any more air strikes and Syria’s