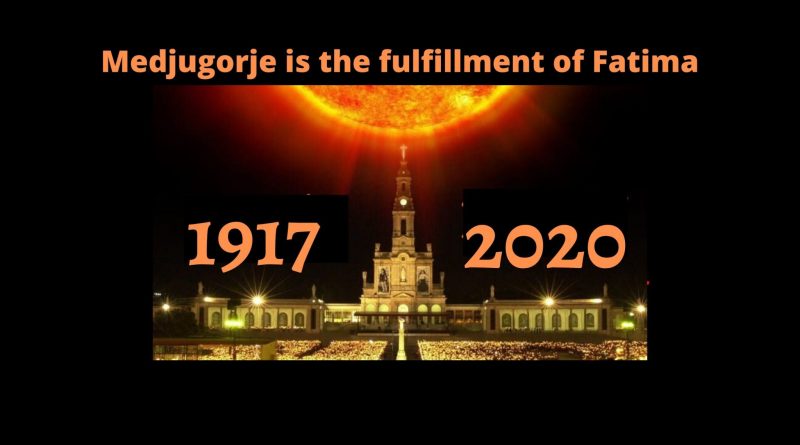 Our Lady said in Medjugorje on August 25, 1991: “…I invite you to renunciation for nine days so that with your help everything I wanted to realize through the secrets I began in Fatima may be fulfilled…”

The video below illustrates, in a powerful way, how the Virgin Mary’s prophecies have been so precise, so accurate. First at Fatima Our Lady said “Russia would error”.  This  was manifested in the form of Communist atheism.  Then at Medjugorje Our Lady said that “Russia would come to glorify God” and with the Christian revival in Russia taking place today we see that prophecy unfolding.   It is essential to note that Russia’s spiritual revival began only after Pope John Paul II successfully consecrated Russia to Our Lady in March of 1984

Powerful Video: The Great Prophecy – From Fatima to Medjugorje

“Those who see Heaven”

From BBC: “Russian President Vladimir Putin wants marriage to be defined as the union of a man and woman in a revised constitution, ruling out gay marriage.It is among several constitutional amendments proposed by Mr Putin, which are set to be put to a public vote.The package includes a proclamation of Russians’ faith in God and a ban on giving away any Russian territory.”

In March of 1984  Catholic Church says without hesitation that Pope John Paul II successfully completed the Consecration of Russia to Our Lady’s heart fulfilling the Blessed Mother’s wishes. Of course, not all agree. But suddenly does the mysterious rise of Christianity in Russia point to evidence that the prophecy of Fatima is unfolding and that the consecration of Russia did occur?

The Queen of Peace at Medjugorje says her appearance at Medjugorje is the fulfillment of Fatima. This fact is fairly well known by those who follow Medjugorje but less well known is Medjugorje’s  mysterious Russian Prophecy. And it is this Russian prophecy that directly connects Medjugorje to Fatima.  At Fatima and Medjugorje the only country specifically mentioned in the Marian apparitions is “Russia” . This is not an insignificant fact.

The rising tensions between Russia and the West will continue to dominate the news headlines . The origins of this conflict between the United States and Russia seemed to have come out of nowhere. But the Queen of Peace’s prophecy predicted in a stunningly accurate way the dramatic world events of today.

In October of 1981, the Soviet Union was still very much an atheist state – at war with Christianity.  The Pope was a real threat to the totalitarian regime. So much so that the Soviet Union planned to kill Pope John Paul II.   The assassination attempt occurred on May 13, 1981, an anniversary date of the first appearance of the Virgin Mary at Fatima.

One month after the attempt on the Pope’s life,  the Virgin Mary began to appear at Medjugorje.

Then, according to the Vatican’s most famous Mariologist, Rene Laurentine,  in October of 1981 the Queen of Peace, in a message that can only be described as “prophetic” in nature said that “Russia would come to glorify God the most”… and that the West would  make modern progress but would turn away from God.

“Russia will come to glorify God the most” is this “The Great Prophecy” of Medjugorje?

Is it time for the debate, of whether or not the consecration of Russia took place, to end? The evidence seems overwhelming. The conversion of Russia is the most powerful event in the world today and being ignored by the mainstream media. Russia is converting and this mysterious Christian revival is at the heart of why USA and the west are so hostile towards Russia.

Russia’s Christian revival and how this event conflicts with the west’s aggressive efforts to push God out of our civilization is THE sign of the times and perhaps evidence that the tipping point is near.

BBC and the Medjugorje Prophecy of Russia

How Fatima and Medjugorje are connected

1. Pope John Paul II, in the book “Why He Is a Saint” we received confirmation that the Pope considered Medjugorje the fulfillment of Fatima, explaining in 1984: “Medjugorje is the continuation of Fatima, it’s the completion of Fatima.”

2. Bishop of Fatima: “The message of Fatima applies to Russia. Fatima and Russia are one.”

3. “Russia will come to glorify God the most; the West has made civilization progress, but without God and act as if they are their own creator.” – The Virgin Mary at Medjugorje 1981

4.  In regard to the Fatima apparitions, the Queen of Peace who visits Medjugorje says, August 25, 1991″Dear Children! Today also I invite you to prayer, now as never before when my plan has begun to be realized. satan is strong and wants to sweep away my plans of peace and joy and make you think that my Son is not strong in His decisions. Therefore, I call all of you, dear children, to pray and fast still more firmly. I invite you to self-renunciation for nine days so that, with your help, everything that I desire to realize through the secrets I began in Fatima, may be fulfilled. I call you, dear children, to now grasp the importance of my coming and the seriousness of the situation. I want to save all souls and present them to God. Therefore, let us pray that everything I have begun be fully realized. Thank you for having responded to my call.”

5.  Fatima Secrets  When you shall see a night illuminated by an nknown light know that this is the great sign that God gives you that He is going to punish the world for its many crimes by means of war, hunger, and persecution of the Church and the Holy Father. ‘To prevent this, I shall come to ask for the consecration of Russia to my Immaculate Heart and the Communion of Reparation on the First Saturdays.’ ‘If my requests are heeded, Russia will be converted, and there will be peace; if not, she will spread her errors throughout the world, causing wars and persecutions of the Church. The good will be martyred, the Holy Father will consecrate Russia to me, and she will be converted, and a period of peace will be granted to the world.

6. Mirjana For years it has been claimed that the Pope once described Medjugorje as the “fulfillment and continuation of Fatima.” Have the seers ever been told anything like that, we asked?Yes, replied Mirjana. “It was said to Marija [another seer]. Our Lady told her, ‘What I have started at Fatima I will finish at Medjugorje.’” In fact if she ever visits another major Marian shrine, said Mirjana, it will be Fatima because “it is so simple.”

7. Bishop Hnilica, a close ally of both St. John Paul II and Mother Teresa,  was told by Fatima seer Sister Lucia that the Blessed Mother spoke of Russia at least 22 times. “One day, on returning from Fatima where I had met Sister Lucia, I recounted to Mother Teresa what this famous seer had told me. I paused on a detail which had struck me, namely, that the Virgin of Fatima, in various apparitions, the official ones in 1917, and the private ones before Sister Lucia in the years that followed, had expressed an interest in Russia a good 22 times. 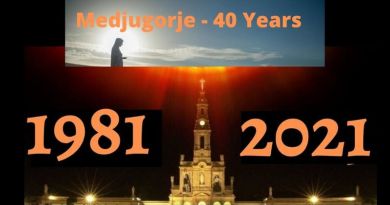 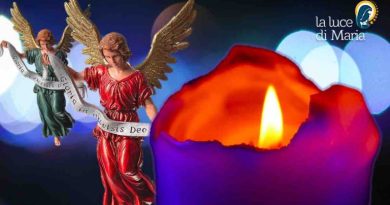 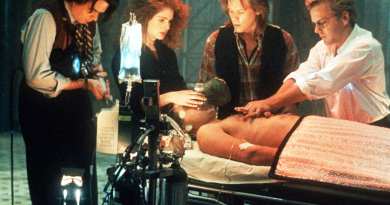 2 thoughts on “May 13, 2020 The Fatima Anniversary and Medjugorje.- Today we see “The Great Prophecy” unfolding.”

From Variety.com When William Friedkin shot “The Exorcist” in 1973, he had never seen an exorcism, though even at the time he

Medjugorje: Our Lady Recently Warned of Serious Times – Now USA has Covid-19, riots across America, threats of civil war – Will they get worse:? – Never Has Our Lady Urged Us to Pray the Rosary in Three Sequential Messages …