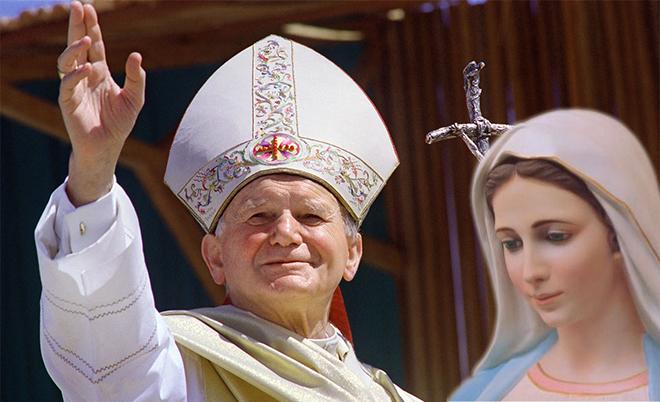 St. John Paul II is known to have  had a great Marian devotion.  It all began at an early age. When at nine years of age he lost his mom, dad took him to the Częstochowa shrine, and said to him:  “Our Lady will take care of you until you reunite with your mother in Heaven.” And she supported him, accompanied him and protected every day of his life. “

He recognized himself as his son, addressed to her in every situation and for every need. He recognized that Mary is She who brings us closer to Jesus who is Way, Truth and Life. He said that “Christ takes us to His Mother. On Calvary, he indicated it to the disciple John, now he indicates it to all those who seek to know and love him “.

Five years after being elected Pope, on June 13, 1983 he returned to that Shrine, to participate in the national feast of thanksgiving and entrustment. He wanted to entrust his people, the political efforts, values ​​and attitudes of the new Poland.  And he returned to renewing his entrustment to her, saying to her:  «O Mother of Jasna Gora, I came here, to say to you once again:” Totus tuus “! I am, oh Mother, all yours, and all that is mine is yours! » On that occasion, as an ex-voto, as a visible sign of the grace and protection received, he left the band of his cassock pierced by the bullet that had struck him 2 years earlier. 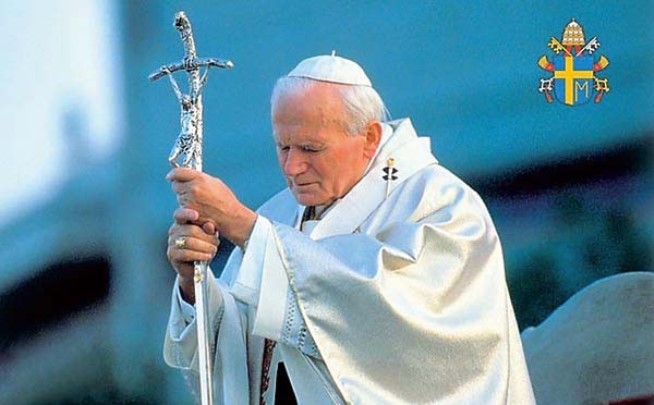 In April 2003, on the occasion of the preparation for the World Youth Day, she entrusted the young people to Our Lady, saying to her:   «I like to see the young people of the world entrusted to you, O Mary. You, Mother of divine grace, make them shine with the beauty of Christ !. O Maria, help them respond to their vocation. Guide them to the knowledge of true love and bless their affections. Support them in the moment of suffering. With them, I too entrust myself to you once again and with affectionate affection I repeat to you: Totus tuus ego sum! I am all yours ! ».

Mirjana, in her book “My Heart will triumph” , tells of her conversation with the Pope in Castel Gandolfo, and says that she was eager to know everything about the apparitions in Medjugorje. He had a joyful face when he listened to the description of the Madonna, and said to the visionary:   “We must take care of Medjugorje, because it is hope for the whole world”.

The visionary writes again in the book:  “A priest confided to me that the Pope had been interested in Medjugorje, from the beginning, because, even before the apparitions began, he had prayed to Our Lady to appear again on earth. «I cannot do it alone, Mother – he prayed – … I need your help, dear Mother» . According to that priest, the Pope, when he learned that the Madonna had appeared in a small town in a communist country, immediately thought that Medjugorje had been an answer to his prayers “. (“My Heart will triumph” page 204). 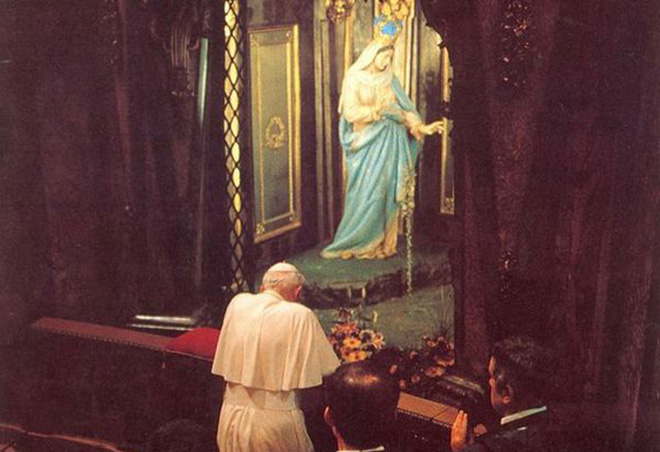 IN MEDJUGORJE WITH THE HEART

For Pope Woityla the trip to Medjugrje was not possible, but before the Madonna of Czestochowa he said:

“May this visit make up for my absence in all the places where I have been invited and where I have not been able to arrive.”

Medjugorje was one of those places where he had been invited several times, but above all he wanted to go. In the Message of October 22, 1985, Our Lady said:   “ You still do not understand the great love that I have for you and that I offer you. Hurry to understand it! When the apparitions end, it may be late . 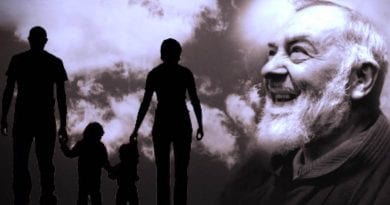 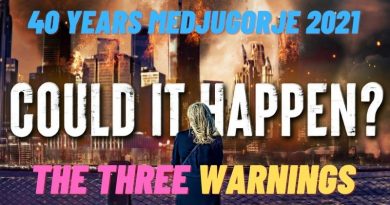 Message: January 25, 2018 “Dear children! May this time be for you a time of prayer, so that the Holy

MEDJUGORJE: DEAR EARTH, IT HAS BEGUN *SECRETS* “I DO SEE INDICATIONS THAT THE EVENTS ARE ALREADY IN MOTION”.

The current difficulties gripping mankind, the war in Europe, the lingering effects of the pandemic, out of control inflation, Gun