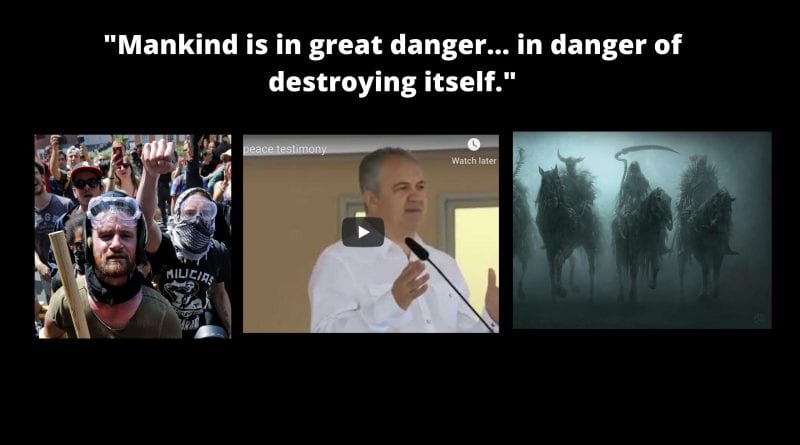 “Dear children, I know that I am present in your lives and in your hearts. I feel your love, I hear your prayers and direct them to my Son. But, my children, according to motherly love, I desire to be in the lives of all of my children. I desire to gather all of my children around me, beneath my motherly mantle. This is why I am inviting you and calling you, apostles of my love, to help me.

My children, my Son pronounced the words of the ‘Our Father’-Our Father, [you] who are everywhere and in our hearts-because He desires to teach you to pray with words and feelings. He desires for you to always be better, to live merciful love which is prayer and limitless sacrifice for others.

My children, give to my Son love for your neighbors, give words of consolation, compassion and acts of justice to your neighbors. Everything that you give to others, apostles of my love, my Son accepts as a gift. I am also with you, because my Son desires for my love, as a ray of light, to bring your souls to life; for me to help you in the search for peace and eternal happiness. Therefore, my children, love one another, be united through my Son, be children of God who all together, with full, open and pure heart, pronounce the ‘Our Father’. And do not be afraid! Thank you. ” 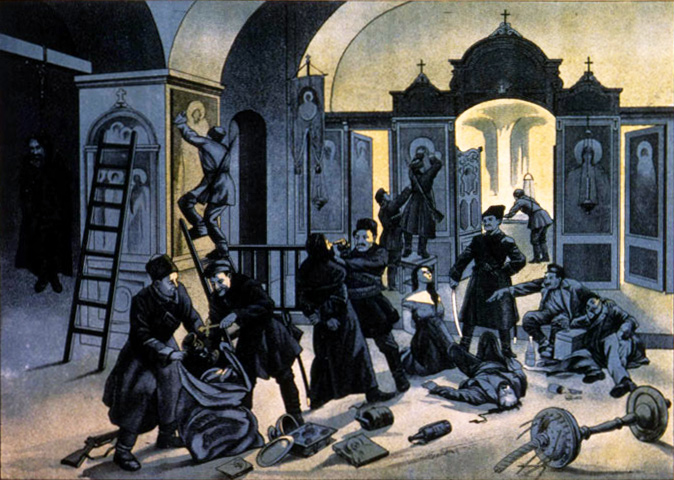 “But if I were asked today to formulate as concisely as possible the main cause of the ruinous Revolution that swallowed up some sixty million of our people, I could not put it more accurately than to repeat: Men have forgotten God; that’s why all this has happened.” – Aleksandr Solzhenitsyn

The prophetic words of Aleksandr Solzhenitsyn resonate like thunder across the history of man. “Men have forgotten God; that’s why all this has happened.” Thus summarized the Nobel laureate, Orthodox Christian author, and Russian dissident the main reason why the communist revolution was able to enslave, terrorize, and murder tens of millions of innocent people. An atheistic mentality and a long process of secularization gradually alienated the people from God and His moral laws. This lead them away from truth and authentic liberty and facilitated the rise of tyranny.

Tragically that same process is now at work in America and many other parts of the world. Too many unfortunately refuse to see it or believe it.

America has long been a beacon of freedom for millions of souls who came here seeking liberty and opportunity. It achieved this unique place in history by recognizing the authority of God and His moral laws and declaring that men have the unalienable rights to life, liberty, and the pursuit of happiness. Founded by faithful and God-fearing men who despised government tyranny and sought religious freedom and individual liberty, America incorporated these universally true principles in its Declaration of Independence and Constitution. These ideals eventually became the bedrock upon which all our laws, government, and institutions were originally built.

all rights came from God alone, not governments

America’s Founding Fathers understood and proclaimed that all rights came from God alone, not governments. They insisted that government must always serve man and that man was created by God to be free. Their deep faith and reverence of the Almighty inspired and guided their actions and motivated their decisions. It is this belief and trust in God’s authority and wisdom that ultimately transformed America from a tiny British colony with a handful of refugees, to the mighty economic and military superpower and an oasis of freedom, opportunity, and prosperity for tens of millions of immigrants.

The Founding Fathers, like Solzhenitsyn, understood the dependence of freedom on morality. A virtuous and faithful people who placed God at the center of their lives and the foundations of their institutions helped America become that shining city on a hill “whose beacon light guides freedom-loving people everywhere”, said President Ronald Reagan. “We’ve staked the whole future of American civilization not on the power of government, far from it. We have staked the future of all our political institutions upon the capacity of each and all of us…to govern ourselves according to commandments of God. The future and success of America is not in this Constitution, but in the laws of God upon which the Constitution is founded,” wrote James Madison.

Our Constitution was made only for a moral and religious people.

This same theme is found throughout the writings of the Founders. John Adams clearly understood that our “Constitution was made only for a moral and religious people. It is wholly inadequate to the government of any other.” “He who is void of virtuous attachments in private life is, or very soon will be, void of all regard for his country,” observed Samuel Adams. Patrick Henry wrote that “virtue, morality, and religion … is the armor that renders us invincible[.] … [I]f we lose these, we are conquered, fallen indeed[.] … [S]o long as our manners and principles remain sound, there is no danger.”

Solzhenitsyn warned that by forgetting God, America and the West faced a “calamity of a despiritualized and irreligious humanistic consciousness” that would weaken their foundations and make them vulnerable to moral decay and internal collapse. Only by turning back to God from the self-centered and atheistic humanism where “man is the touchstone [measure] in judging and evaluating everything on earth” would the West have any hope of escaping the destruction toward which it inevitably moves.

Unfortunately America did not heed Solzhenitsyn’s warnings. In the last several decades America has been rapidly transformed from a God-fearing and worshiping nation, into a secularist and atheistic society, where communist and atheistic ideals are glorified and promoted, while Judeo-Christian values and morality are attacked, ridiculed, and increasingly eradicated from the public and social consciousness of our nation. Under the decades-long assault and militant radicalism of many so-called “liberal” and “progressive” elites, God and His moral laws have been progressively erased from our public and educational institutions, to be replaced with all manner of delusion, perversion, corruption, violence, decadence, and insanity.

Those people who will not be governed by God will be ruled by tyrants. 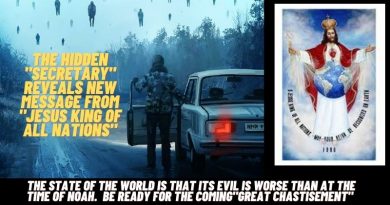 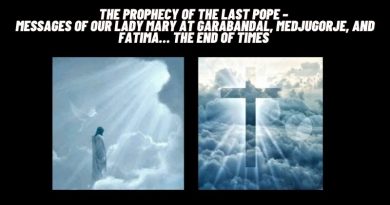 One thought on ““A world on fire” Ivan’s Urgent Call for Peace! – “Mankind is in great danger…and it is in danger of destroying itself.””

Professor Max Miravalli, thank you so much for all your lnspiring Videos and Talks, that reach a Worldwide Audience. Do