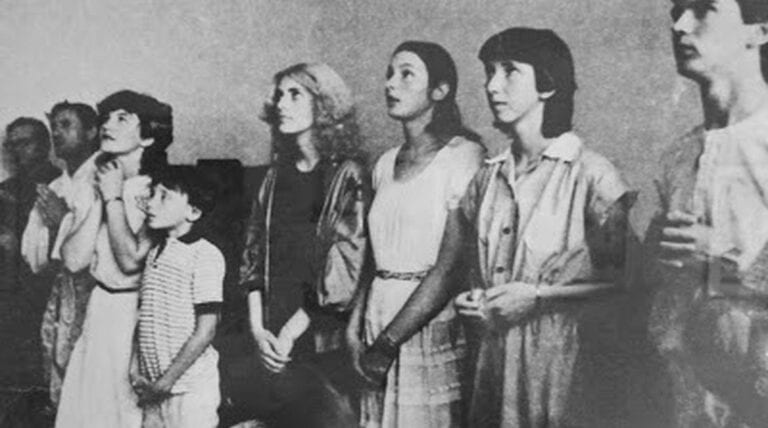 What happened in Medjugorje on June 26, 1981?
When the vision began on June 26, 1981, Vicka sprayed holy water on the apparition saying “ If you are Our Lady, stay with us. If you are not, go away . ” Vicka did not spare on the water, but emptied the entire bottle on the apparition.According to the visionaries, the Virgin Mary smiled splendidly . The intended  smile as if to indicate her pleasure for this little test.

The heat was intense, and crowds of people made it even worse. Mirjana and Ivanka even fainted and had to be isolated and revived.The apparition was long, lasting about 30 minutes.

The visionaries asked the Virgin a series of questions, including why she had come to their village.Mirjana asked Our Lady “Who are you?” The Virgin replied: “I am the Blessed Virgin Mary””Why are you appearing to us? We are no better than everyone else, ”said one of the visionaries.

“I don’t necessarily choose the best,” replied the Virgin ironically.
“I came because there are many true believers here. I came to convert and reconcile the whole world .. “added the Virgin Mary.

It must be remembered that Ivanka’s mother had died a month earlier and Our Lady , during that apparition, told her that she was in paradise with her and that she was very happy. Ivanka still wanted to know more.

Vicka said that “Since her mom had died in the hospital and nobody was with her at the time, Ivanka wondered if she had left a message for her children.Our Lady replied: “Obey your grandmother and help her because she is old”

Mirjana also wanted to know about her grandfather who had recently died .”He’s fine,” replied the Virgin
By now, on the third day, the news of the apparitions of Medjugorje had spread far beyond the village, and in the afternoon about 3,000 people were gathered on the hill.
The visionaries also asked for a sign for those who did not see the Virgin Mary to prove that it was really the Gospa (which means Madonna in Croatian) that appeared:”Blessed are those who have not seen and believe,” he replied.
“Will you come back?” Asked the visionaries”Yes, in the same place as yesterday,” she replied.
Marija also reports asking “Is there life on other planets?” to which Our Lady replied:”This does not concern you”

An incredible testimony
That day they came not only from the surrounding villages and towns, but also from great distances. They were rewarded by seeing a bright light that illuminated the country and the whole area.

Among the followers was 12-year-old Jozo Ostojic, well known in the area for recently setting a new regional record for the 100m race.

Then he too became a witness of the extraordinary speed with which the visionaries rushed up the hill, as if they had flown or been pulled by an invisible force, just as they did the day before.

What most surprised the young aspiring athlete was Jakov Colo:

“ Jakov was two years younger than me, and not really athletic, I usually manage to run faster than he, detaching him enormously. But that day, I couldn’t even keep up with him. He and the others seemed to be flying up that hill. There was no path, only rocks and thorns, but all six ran at an incredible speed, jumping from rock to rock, making huge leaps. I was running as fast as I could, but I was always lagging behind, and so were the adult men who cheated with me, “testified Jozo Ostojic later.

Another appearance shortly after
When the apparition was over and people were going down the hill, the Virgin Mary suddenly re-appeared to Marija alone. To Vicka, who was walking a little behind Marija, it seemed to have been pushed to the side.

A local man, Ante Kozina, was about 15 meters behind Marija when he suddenly saw her turn to the right, look at the sky, stretch her arms, and kneel. The crowd of people behind her also stopped, motionless. Ten minutes later Marija “returned to this world” and looked up. Her face was wet with tears, and she was unable to stand up to begin with.

“I’m 100 percent sure that something supernatural has happened to that girl,” Ante Kozina testified later.

According to Marija, the experience was “overwhelming”, and immediately convinced her to fully accept the requests of the Virgin Mary.

Marija saw the Virgin in front of an empty cross formed by all the colors of the rainbow. In tears he urged:

” Peace, peace, peace! Be reconciled! Just peace. Make peace with God and among yourselves. For this it is necessary to believe, pray, fast and confess “.
Source: MedjugorjeToday 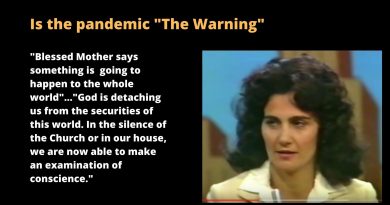 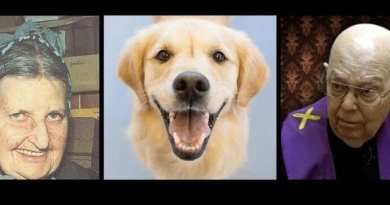 Medjugorje Visionary comments on Coronavirus after February 25, 2020 apparition and message for the world – “When I

SOURCE: La Luce di Maria How long have you prayed to Our Lady? and what was the first Marian prayer inhistory? Professor