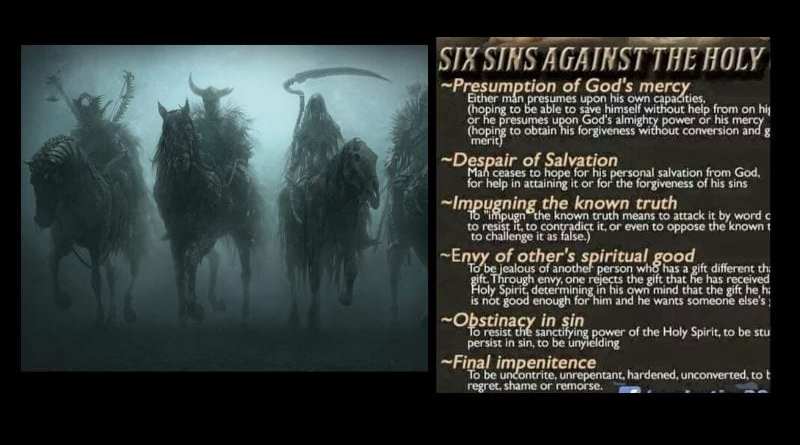 The sins classified as sins against the Holy Ghost are those of pure malice. They are directly opposed to the love and mercy of God, and on that account, render conversion very difficult.

Presumption of God’s mercy: We continue to sin with the intention of repenting before death comes; or if we make our salvation depend upon our own strength alone and not upon God: or if we rashly expose ourselves to the proximate occasions of sin in the expectation that God will come to our rescue.
.
There are two kinds of presumption. Either man presumes upon his own capacities, (hoping to be able to save himself without help from on high), or he presumes upon God’s almighty power or his mercy (hoping to obtain his forgiveness without conversion and glory without merit
.
Despair: Despair is the willful rejection of hope in that one judges the duties necessary to obtain eternal life impossible to fulfill. Despair is a mortal sin when it arises from distrust of God’s goodness and fidelity.
.
“By despair, man ceases to hope for his personal salvation from God, for help in attaining it or for the forgiveness of his sins. Despair is contrary to God’s goodness, to his justice – for the Lord is faithful to his promises – and to his mercy.”
.
Impugning the known truth: One of the sins against the Holy Ghost which are said to be without forgiveness. It implies a clear-eyed malice in refusing to accept truth known to come from God. One in such obstinate blindness would need an extraordinary grace before he could repent, and this, though possible, cannot be expected in the ordinary course of God’s dispensation. If, however he were to genuinely repent and amend his life, he would obtain forgiveness.
.
Clarification: To “impugn” the known truth means to attack it by word or argument, to resist it, to contradict it, or even to oppose the known truth or to challenge it as false.
.
Envy at another’s spiritual good: One of the deadly sins when one has sadness because of another’s good, especially if it is as regarded as a lessening of one’s own. It is a sin against charity, whereby we should be at the good of others, and in a matter of weight is mortal. That acute form of envy popularly called jealously, is particularly dangerous for it often leads to brooding upon our own sufferings, to formenting ill-will against our neighbor to underhand revenge by word or deed, or even to open violence.
.
Clarification: Regarding the gifts of the Holy Spirit, the First Letter of Paul to the Corinthians states, “All these are activated by one and the same Spirit, who allots to each one individually as the Spirit chooses.” To envy the spiritual good of another is to question the Divine judgment of the Holy Spirit in His distribution of spiritual gifts. It is to be jealous of another person who has a gift different than one’s own gift. Through envy, one rejects the gift that he has received from the Holy Spirit, determining in his own mind that the gift he has received is not good enough for him and he wants someone else’s gift.
.
Obstinacy in sin: Means to resist the sanctifying power of the Holy Spirit, to be stubborn, to persist in sin, to be unyielding. Shutting the heart to all promptings of grace and refusing to be moved to repentance by circumstances no matter how favorable. It implies grievous malice and is one of the sins against the Holy Ghost!
.
Clarification: To be “obstinate” means to resist the sanctifying power of the Holy Spirit, to be stubborn, to persist in sin, to be unyielding.
.
Final impenitence: The sin against the Holy Ghost committed by one who, at the hour of death remains impenitent of his grievous sins.
.
Clarification: “Impenitence” means to be uncontrite, unrepentant, hardened, unconverted, to be without regret, shame or remorse. Hardening of heart supposes blindness of mind, and a will carried on to evil with feeble movements toward good. The soul no longer derives profit from good advice, from sermons, it no longer reads the Gospel, no longer frequents the church. It resists even the warnings of genuine friends. 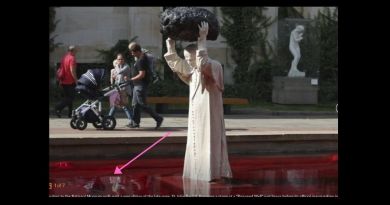 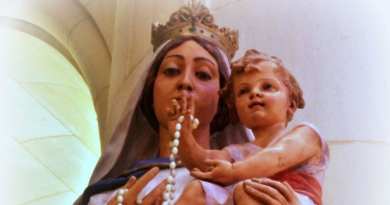 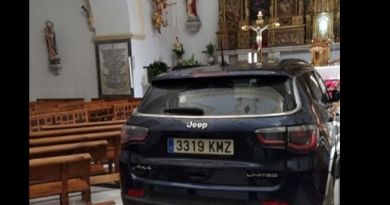 — Jesus: “I want to explain to you what Purgatory is and in what it consists. And I explain it

Let us turn to Our Lady of Lourdes with this prayer, invoking the power of the Immaculate Virgin and asking