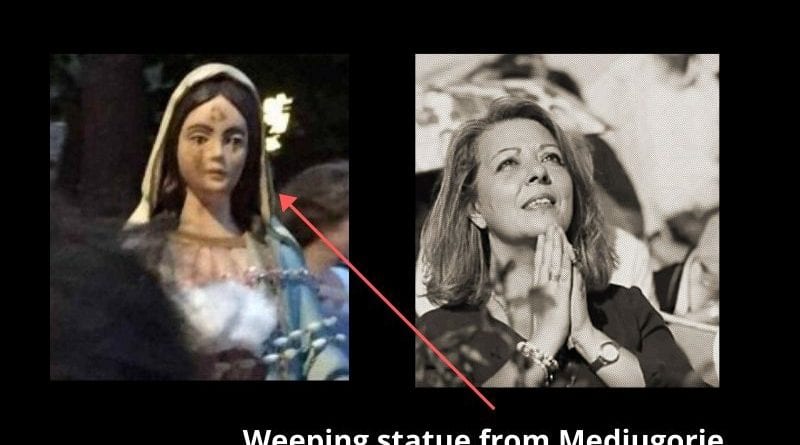 A statue of the Madonna, from Medjugorje, began to cry in 2016.

My children, thank you for being gathered in prayer and for having listened to my call in your hearts. My children, today I come as the Mother of Sorrows for my Church, because she [the Church] is living her Passion, and just like my Son Jesus, she has been left alone and scourged. My little remnant will be persecuted; I weep over the young people who are far from God, I weep over families destroyed, I weep over unbaptized children and those who are growing up in the clutches of evil, I weep over the Shepherds who have left my flock on their own, I weep over humanity that is going towards self-destruction. Please, my children, pray and console my immaculate heart and the Holy Heart of my Son, change your ways; if you want salvation, entrust everything to God. Now I leave you with my holy blessing, in the name of the Father and the Son and of the Holy Spirit, Amen.

The facts concern a husband and wife, Gisella and Gianni, owners of a figurine of the Madonna, coming from Medjugorje.
It seems that, since her entry into that family, Our Lady has begun to shed blood and to reveal some signs and omens to Signora Gisella.