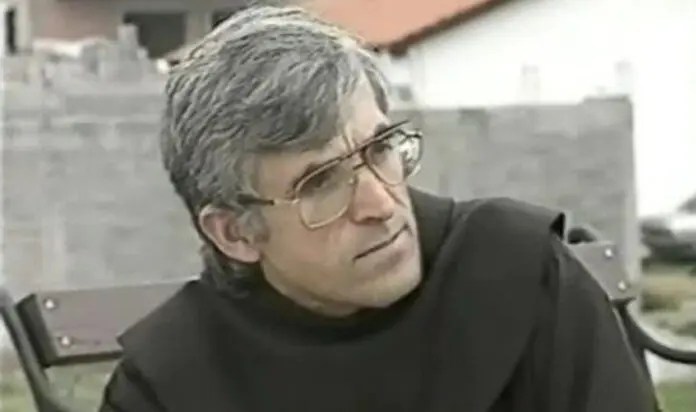 In many messages Our Lady said: I am with you . Some might say: ” Excuse us, father, but Our Lady is also present here “. Many pilgrims told me that before coming to Medjugorje, their friends and family said: “ Why are you going there? Our Lady is also here with us “. And they are right. But here we must add a word which is the new part of the message: here there is a “special” presence of Our Lady, through the apparitions. Only in this way can Medjugorje be explained.

From the beginning many have tried to explain the Medjugorje phenomenon in another way.

The communists interpreted it as a counter-revolution. This is really a little ridiculous. Imagine a Franciscan parish priest who goes against communism with six children from ten to fifteen years old; among these four girls, who, however brave, are not enough for a counter-revolution and two males who are shy.

But the Communists gave these explanations seriously: for this reason they imprisoned the parish priest and put pressure on the whole parish, on the visionaries, on their families, on the Franciscans … In 1981 they compared Medjugorje to Kosovo! On August 15, 1981, the communists sent a special police unit from Sarajevo. But at the end of the day the group leader said: ” They sent us here as if there was a war, but here everything is quiet as in a cemetery “. But the communists were good prophets for themselves. After the first meeting with the visionaries, one of them said: ” You invent this to destroy communism “. Even those possessed by the devil first recognized Jesus as the Son of God: “Why did you come here, Son of God, to destroy us? “. And while the others wondered if it is true or not, they said: ” You do this to destroy us “. They were good prophets … There are still others in the Church who explain Medjugorje as a disobedience of the Franciscans. Where ever disobedience helps people convert, pray, heal? Others still explain it as a manipulation of the friars, others for the money.

Of course in Medjugorje, many people come, there is also money, many houses are built: but Medjugorje cannot be explained with money; but they accuse us of this . I think the Franciscans are not the only organization in the world that takes money.

But then if we have found a good method, you can apply it yourself. You, father (addressed to a present priest), when you come home, take 5 or 7 children, not 6 as we do; educate them a little and one day they say: “Let’s see the Madonna!” But do not say Queen of Peace, because we have already taken this name. A lot of money will come later. If they put you in prison, you will earn even more than by working free. When you analyze it this is ridiculous. Yet they accuse us of this and some people believe it. Despite all the mistakes that we Franciscans, the visionaries, the pilgrims made … Medjugorje cannot be explained without the special presence of Our Lady.It is a grace that the Lord gives in these Marian times, as the Pope calls them and then Medjugorje cannot be without problems. With the messages given to Medjugorje, Our Lady did not condemn anyone, did not provoke anyone in the negative. Then all those who do not want to come could rest assured: I don’t care just … By analyzing all the texts that speak against Medjugorje, you can see that they invent many things, then everything vanishes like a soap bubble. They are like waves: they come, pass and disappear.

I assure you that not all saints are in Medjugorje

I assure you that not all saints are in Medjugorje, also because pilgrims come and these are all saints! But I’m sure there are far worse places in the world and yet they leave themselves alone. Here instead they must attack, attack, criticize and condemn. I also wrote to the Bishop: “ If the only problem of the diocese is Medjugorje, you can feel comfortable, in peace. Here we pray more than in the whole diocese … “, even if we then sing:” We are sinners, but your children “.

If Our Lady repeats: I am with you, it must be understood that Medjugorje cannot be explained without the special presence of Our Lady. But she is, like Jesus, a sign of contradiction. 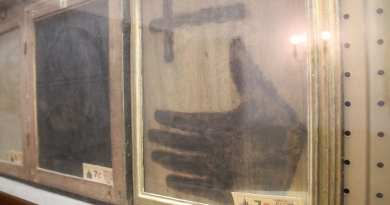 Medjugorje: Mirjana – “The number of unbelievers is getting bigger and bigger. In their commitment to a better life, they

Dear children! Today I invite you to accept and live my messages with seriousness. These days are the days when you must

How long does a soul remain in Purgatory? Padre Pio and St. Augustine Provide Answers

ON 25 AUGUST 1905 SAINT FAUSTINA KOWALSKA WAS BORN “And you, Faustina, gift of God to our time, gift of