NEW YORK (AP) — Planned Parenthood of Greater New York says it will remove the name of pioneering birth control advocate Margaret Sanger from its Manhattan health clinic because of her “harmful connections to the eugenics movement. Sanger was one of the founders of Planned Parenthood of America more than a century ago. But she has long provoked controversy because of her support for eugenics, a movement to promote selective breeding that often targeted people of color and the disabled. The clinic that had been named after Sanger will now be known as the Manhattan Health Center.

1. “But for my view, I believe that there should be no more babies.”
— Interview with John Parsons, 1947

2. “The most merciful thing that the large family does to one of its infant members is to kill it.”
— Woman and the New Race, Chapter 5, “The Wickedness of Creating Large Families.” (1920) http://www.bartleby.com/1013/

4. “I accepted an invitation to talk to the women’s branch of the Ku Klux Klan… I was escorted to the platform, was introduced, and began to speak…In the end, through simple illustrations I believed I had accomplished my purpose. A dozen invitations to speak to similar groups were proffered.”
— Margaret Sanger, An Autobiography, published in 1938, p. 366

5. “I think the greatest sin in the world is bringing children into the world, that have disease from their parents, that have no chance in the world to be a human being practically… Delinquents, prisoners, all sorts of things just marked when they’re born. That to me is the greatest sin—that people can—can commit.”
— Interview with journalist Mike Wallace, 1957

6. “The most serious evil of our times is that of encouraging the bringing into the world of large families. The most immoral practice of the day is breeding too many children…”
— Sanger, Margaret. Woman and the New Race (1920). Chapter 5: The Wickedness of Creating Large Families. http://www.bartleby.com/1013/5…

7. “Eugenics without birth control seems to us a house builded [sic] upon the sands. It is at the mercy of the rising stream of the unfit.”
— Sanger, Margaret. (1919) Birth Control and Racial Betterment. The Birth Control Review.

8. “As an advocate of birth control, I wish to take advantage of the present opportunity to point out that the unbalance between the birth rate of the ‘unfit’ and the ‘fit,’ admittedly the greatest present menace to civilization, can never be rectified by the inauguration of a cradle competition between these two classes.”
— Sanger, Margaret. (1921) The Eugenic Value of Birth Control Propaganda. The Birth Control Review, p. 5. http://birthcontrolreview.net/…

9. “The most urgent problem today is how to limit and discourage the over-fertility of the mentally and physically defective.”
— Sanger, Margaret. (1921) The Eugenic Value of Birth Control Propaganda, Birth Control Review, p. 5
https://www.nyu.edu/projects/s…

10. “No more children should be born when the parents, though healthy themselves, find that their children are physically or mentally defective.”
— Sanger, Margaret. (1918) When Should A Woman Avoid Having Children? Birth Control Review, Nov. 1918, 6-7, Margaret Sanger Microfilm, S70:807.
https://www.nyu.edu/projects/s…

Seemingly every new approach to the great problem of the human race must manifest its vitality by running the gauntlet of prejudice, ridicule and misinterpretation. Eugenists may remember that not many years ago this program for race regeneration was subjected to the cruel ridicule of stupidity and ignorance. Today Eugenics is suggested by the most diverse minds as the most adequate and thorough avenue to the solution of racial, political and social problems. The most intransigent and daring teachers and scientists have lent their support to this great biological interpretation of the human race. The war has emphasized its necessity.

In the limited space of the present paper, I have time only to touch upon some of the fundamental convictions that form the basis of our Birth Control propaganda, and which, as I think you must agree, indicate that the campaign for Birth Control is not merely of eugenic value, but is practically identical in ideal, with the final aims of Eugenics.

First: we are convinced that racial regeneration like individual regeneration, must come “from within.” That is, it must be autonomous, self-directive, and not imposed from without. In other words, every potential parent, and especially every potential mother, must be brought to an acute realization of the primary and central importance of bringing children into this world.

Secondly: Not until the parents of the world are thus given control over their reproductive faculties will it ever be possible not alone to improve the quality of the generations of the future, but even to maintain civilization even at its present level. Only by self-control of this type, only by intelligent mastery of the procreative powers can the great mass of humanity be awakened to the great responsibility of parenthood.

Thirdly: we have come to the conclusion, based on widespread investigation and experience, that this education for parenthood and of parenthood must be based upon the needs and demands of the people themselves. An idealistic code of sexual ethics, imposed from above, a set of rules devised by high-minded theorists who fail to take into account the living conditions and desires of the submerged masses, can never be of the slightest value in effecting any changes in the mores of the people. Such systems have in the past revealed their woeful inability to prevent the sexual and racial chaos into which the world has today drifted.

The almost universal demand for practical education in Birth Control is one of the most hopeful signs that the masses themselves today possess the divine spark of regeneration. It remains for the courageous and the enlightened to answer this demand, to kindle the spark, to direct a thorough education in Eugenics based upon this intense interest.

Birth Control propaganda is thus the entering wedge for the Eugenic educator. In answering the needs of these thousands upon thousands of submerged mothers, it is possible to use this interest as the foundation for education in prophylaxis, sexual hygiene, and infant welfare. The potential mother is to be shown that maternity need not be slavery but the most effective avenue toward self-development and self-realization. Upon this basis only may we improve the quality of the race.

As an advocate of Birth Control, I wish to take advantage of the present opportunity to point out that the unbalance between the birth rate of the “unfit” and the “fit”, admittedly the greatest present menace to civilization, can never be rectified by the inauguration of a cradle competition between these two classes. In this matter, the example of the inferior classes, the fertility of the feeble-minded, the mentally defective, the poverty-stricken classes, should not be held up for emulation to the mentally and physically fit though less fertile parents of the educated and well-to-do classes. On the contrary, the most urgent problem today is how to limit and discourage the over-fertility of the mentally and physically defective.

Birth Control is not advanced as a panacea by which past and present evils of dysgenic breeding can be magically eliminated. Possibly drastic and Spartan methods may be forced upon society if it continues complacently to encourage the chance and chaotic breeding that has resulted from our stupidly cruel sentimentalism.

But to prevent the repetition, to effect the salvation of the generations of the future–nay of the generations of today–our greatest need is first of all the ability to face the situation without flinching, and to cooperate in the formation of a code of sexual ethics based upon a thorough biological and psychological understanding of human nature; and then to answer the questions and the needs of the people with all the intelligence and honesty at our command. If we can summon the bravery to do this, we shall best be serving the true interests of Eugenics, because our work will then have a practical and pragmatic value. 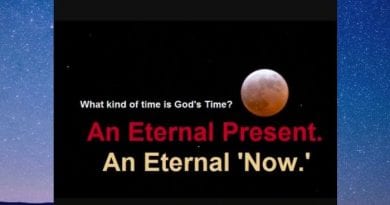 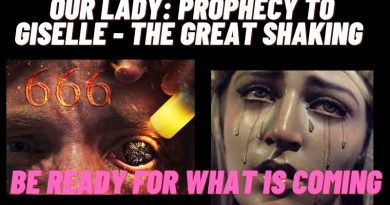 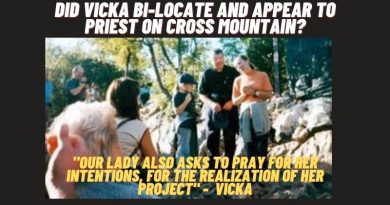 Medjugorje: for Jakov the apparitions of Our Lady are now limited to one day, the 25th of December. Here is the