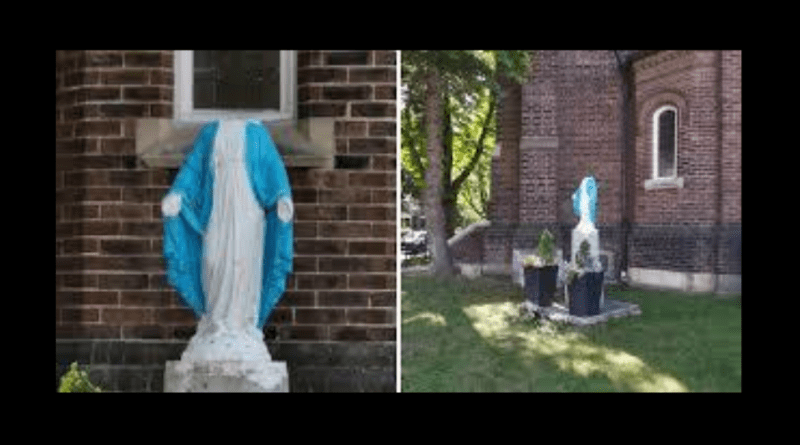 On Sunday morning, a Catholic church in the Parkdale area of Toronto, was targeted by vandals who beheaded a statue of the Virgin Mary.

Sunday August 30th, 2020, before we started our Masses at Our Lady of Lebanon church Toronto, we were shocked to discover a horrible act of vandalism: We found that the statue of the Virgin Mary, erected in front of the church, was completely decapitated! Most probably this was done during the night or at dawn.

We couldn’t find the head anywhere near the statue…

Our parishioners, when exiting the church, were horrified to see such a deplorable and malicious act.

We already contacted the police and sent them some pictures and asked them to investigate the matter.

On the other hand, we are reviewing the feeds from security cameras installed around the church premises, hoping to find some leads to whomever had done it.

Thank you all, dear parishioners and friends, for your calls, emails and messages, in which you express your concerns and deplore this ugly act.

May God bless you all, through the intercession of Our Lady of Lebanon.

The church is reviewing security footage and police have been contacted to investigate the decapitation of the statue. No arrests have yet been made.

Earlier in the same weekend, a group of radical activists beheaded a Montreal statue of Sir John A. Macdonald. 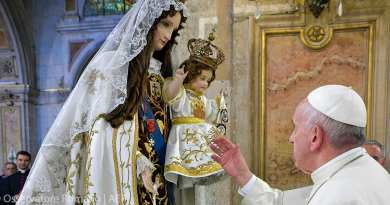 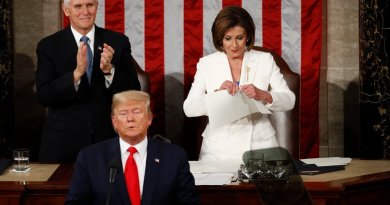 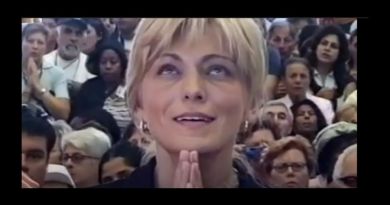 Medjugorje and the Prophetic Pulse in recent message: “In this peace-less time, the Devil is harvesting souls”…A divided USA is on fire

Saint Faustina is the apostle of Divine Mercy It might seem strange that just through her, Jesus Christ decided to