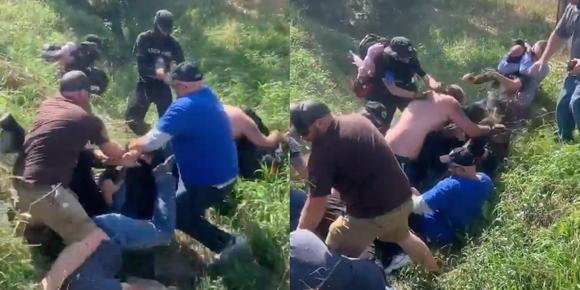 SHOCKING video shows the moment pro-police and counter-protesters got into an ugly altercationÂ during dueling protests over the weekend.

The violence broke out during a pro-policeÂ “Back the Blue” rally in Fort Collins,Â Colorado, on Saturday.

A fight broke out among the groups in a ditch near Fort Collins Police Services headquartersCredit: Facebook

Video shot during the event captured the moment tensions between the two groups boiled over as a group of men who apparently attended the rally approached a group of counter-protests dressed in black.

As the two groups approached a ditch, a fight broke out among the groups with people scuffling on the ground, punching each other, and spewing obscenities.

People from both sides got into a brawl â€“ scuffling on the ground, punching each other, and spewing obscenities.Credit: Facebook

Some were seen using objects, including one man who used an American flag pole to strike another person.

It is unclear what preceded this encounter and which group the counter-protesters were associated with.

The altercation lasted less than 2 minutes before the it began to slow.

Some were seen using objects, like a pole with an American flag attached to it and a baton, as weapons.Credit: Facebook

When cops arrived on the scene most of the men had fled, however at least three people were arrested following the brawl. 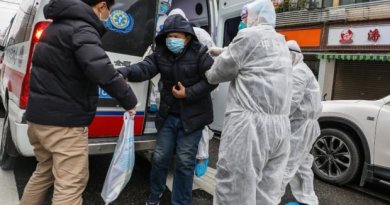 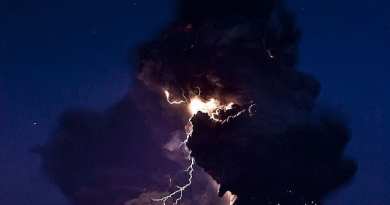 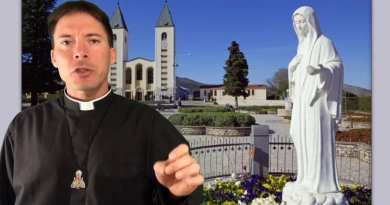 PRAYER FOR THE HEALING TOUCH OF THE HOLY FAMILY

Russian Foreign Minister Sergei Lavrov declared today that the Western, liberal model of society is dying, and a new world