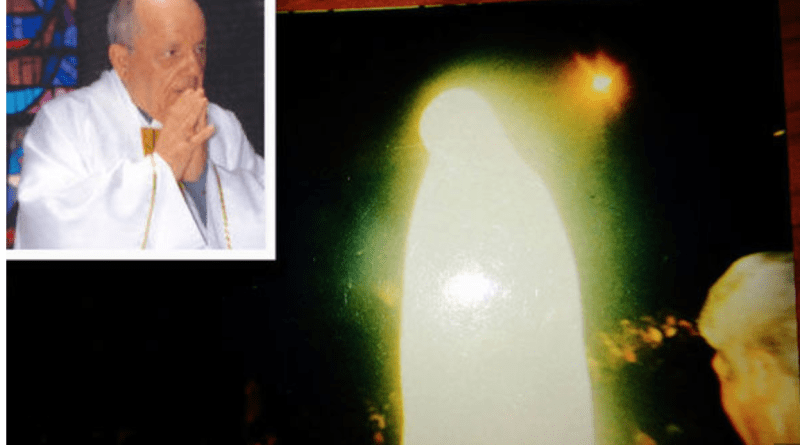 It was taken at a mass held by a high-ranking Catholic priest who claimed to receive messages from the Madonna herself.

Yet the shape of Mary is a striking white in contrast to the yellowish light behind her.

The source claims the original snap was taken in 1994 during a huge Catholic mass called a cenacle given by Italian priest Father Stefano Gobbi at the Paolo Soleri Amphitheater, in Santa Fe, New Mexico, USA.

The source of the image gave no other information than to mysteriously say it had been given to them by a stranger – who also went unnamed unnamed.

They wrote to the investigators: “A stranger gave me this photo. My first thought was the Virgin.” 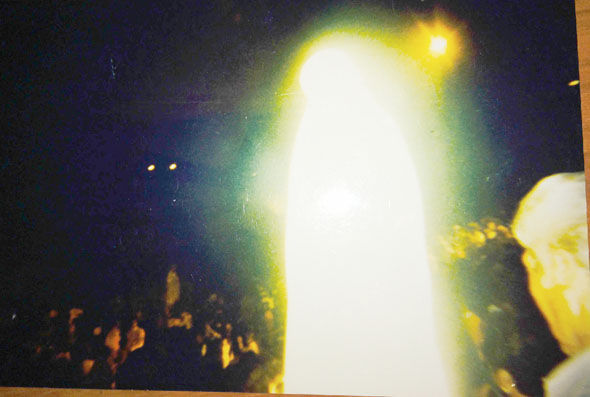 In his liftime he “traveled the world holding Cenacles of Prayer on every continent”, according to an article on Father Gobbi by Colin Donovan, vice president for Theology, at the Global Catholic Network, on the organisations’s website. 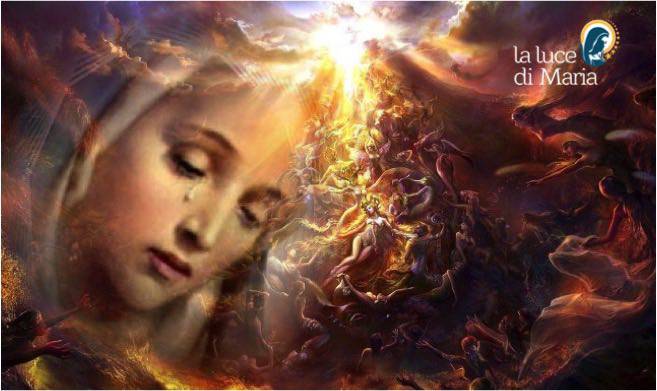 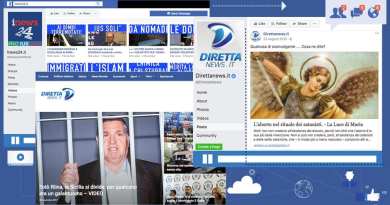 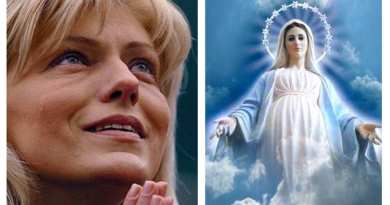 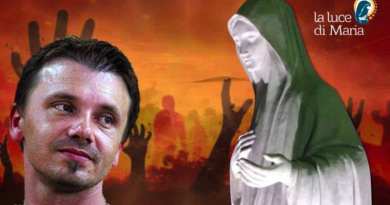 Coronavirus: Panic and gloom hitting USA …Medjugorje Visionary comments about VIRUS…Our Lady offers a prayer from Heaven for the sick.

The 8 signs that you are demonic under attack

Gisella Cardia…New Message November 14, 2020..”Now is the time of the true battle…but do not fear, because I and my Son will be close to you in the tribulation.”