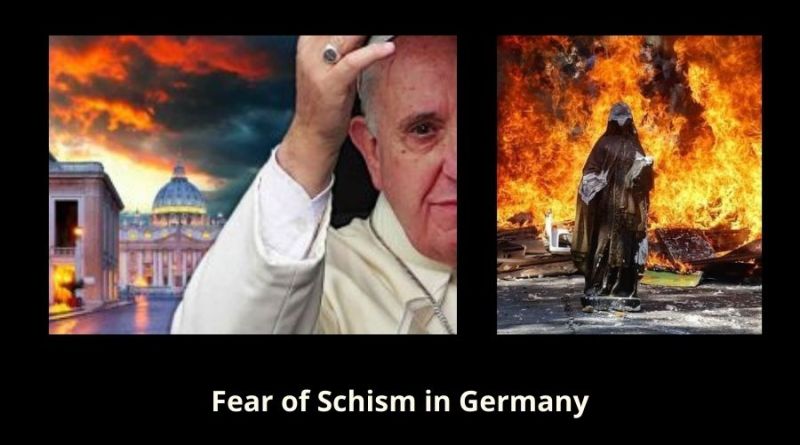 Despite Pope Francis’ warnings, the leaders of the Church in Germany have refused to back down on their promotion of intercommunion or to change the course on their much-criticized ‘synodal path.’

VATICAN CITY — As reports emerged recently of Pope Francis’ “dramatic concern” about the state of the Catholic Church in Germany and on Monday received Germany’s apostolic nuncio for private talks, the country’s bishops pressed ahead on their goal of shared Communion with Protestants despite strong objections from the Vatican.

The leaders of both churches said their intercommunion proposal “still needs to be clarified” even though the Congregation for the Doctrine of the Faith said last month that differences in the Catholic and Protestant understanding of the Eucharist were “still so grave” that they ruled out attendance at each other’s services.

The increasing divergence between Rome and the German bishops, amplified by the ongoing Synodal Path — a two-year reform program of German bishops and laity that questions some of the Church’s established teaching on faith and morals — demonstrates the real dangers of the Church in Germany one day breaking with Rome.

In September, a leading German prelate raised the possibility of schism for the first time.

Such a prospect is something Pope Francis appears increasingly concerned about, despite his own efforts to grant more autonomy to bishops’ conferences on doctrinal matters which critics have warned has sowed the seeds of a kind of “doctrinal anarchy” in the Church.

Cardinal Kurt Koch of Switzerland, president of the Pontifical Council for Promoting Christian Unity, said last month that the Pope had expressed his concern about the Church in Germany “in personal conversations.”

Bishop Heinz-Josef Algermissen of Fulda in central Germany, where the intercommunion proposal was discussed at the end of September, said the Pope had expressed “dramatic concern” about the Church in Germany when he spoke to him after the general audience Oct. 7, although in neither case was it clear that he was explicitly concerned about schism.

The bishop recalled a letter the Pope wrote to German Catholics in June 2019, supporting the Synodal Path but urging them to focus on evangelization. The Pope reportedly complained that his message had been ignored.

But how likely is it that a formal break may be declared? How far can Germany’s bishops and the country’s increasingly radicalized laity go before a schism becomes an official reality?

For Cardinal Gerhard Müller, prefect emeritus of the Congregation for the Doctrine of the Faith and former bishop of Regensburg, the problems run deep.

In comments to the Register, he said that the prevailing thinking in the Church in Germany, and among most of its bishops, is more characteristic of modernism than Protestantism.

Ultimately, Cardinal Müller believes this is “only political thinking, a worldly thinking” that is an “assimilation of Christian life” with contemporary thought.

He therefore believes the process could continue indefinitely. German bishops, he said, are unlikely to “officially deny” any public censure from the Vatican, but will produce “theater,” “unofficially” continuing along its path if “priests and parishes” adopt new positions at odds with the Church’s teaching on faith and morals.

“Officially they will say No to such changes,” Cardinal Müller predicted, “but in reality they will adopt them.” The cardinal sees the German bishops being deliberately equivocal.

Cardinal Müller believes the bishops will then try to bypass Vatican congregations such as the CDF and appeal directly to Pope Francis, in hopes of exploiting the fact that the Pope “is not so clear.” He believes that more aggressive bishops, such as Cardinal Reinhard Marx, the former head of Germany’s bishops, will then be deployed to exert pressure on the congregations to fall into line.

But ultimately, Cardinal Müller does not see schism becoming an official reality, partly because if that were to happen, the Church in Germany would “lose all influence in the Catholic Church.” Instead, he believes, local Church leaders will continue to see themselves as the “avant-garde” of the Catholic Church” — the Church’s “think tank” with the “best theologians, the most money” and the largest Catholic humanitarian organizations such as Misereor and Adveniat, which, he said, “sponsored the last synod” on the Amazon. Adveniat gavenearly $320,000 (272,000 euro) for various preparation activities for the synod, while Misereor funded some of the synod’s partner organizations.

Cardinal Paul Cordes, president emeritus of the Pontifical Council Cor Unum, also sees schism as “rather unlikely” as it would mean formally refusing “subordination to the Pope” and “communion with Church members who are subject to him.” But the cardinal, from Paderborn in northern Germany, told the Register that he sees the Church in Germany as being adrift, having opened itself up to the “spirit of the times” and the “theological virus” of secularism that “infects the Truth of the faith.”

Cardinal Cordes stressed to the Register that God “does not give new theological messages to the Church by means of historical events or earthly needs.” Any observations of the “signs of the times,” he said, must be interpreted “in the light of the eternal Word of God,” rather than the other way around.

On the question of whether the Pope and the Vatican should be firmer with the German bishops, Cardinal Cordes said the Vatican’s interventions have “already had an effect,” adding that the Holy See must continue to respond to such secularization within the Church with “unsparing clarity.”

He also cited comments Pope Emeritus Benedict XVI made in 2019 in which he warned how “the death of God in a society” leads to a failure to “distinguish good from evil.”

“Only obedience and love for our Lord Jesus Christ can point the right way,” Benedict wrote, adding that “our being not redeemed is a consequence of our inability to love God.” 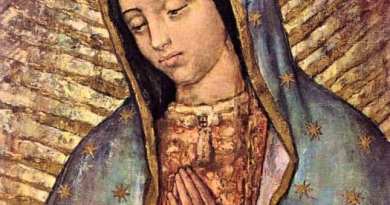 “The Prophecy of Darkness” Over the Earth and then a Sign in the Sky – Fr. Mark Goring 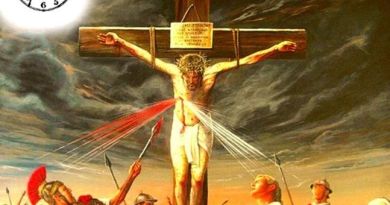 FEW ARE READING THE SIGNS OF THE TIMES – Fr. Mark Goring

Today’s Pearl from Mary == Medjugorje Message, April 2, 2017 – to Mirjana “Dear children, Apostles of my love, it is up