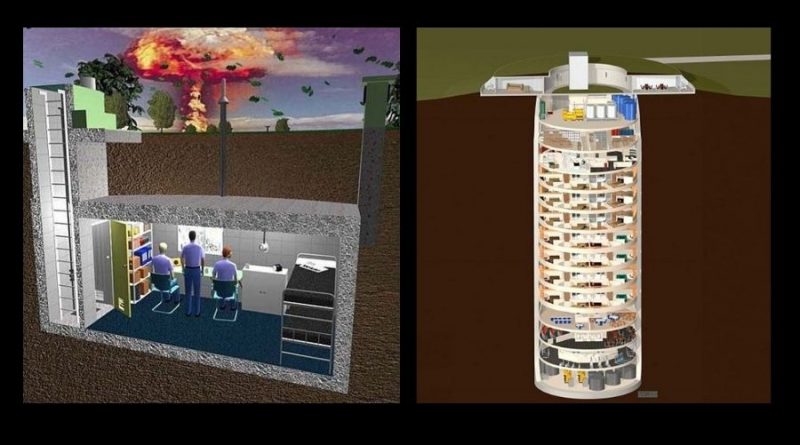 This was the year that coronavirus fears turned American shoppers into hoarders. There have been widespread shortages on products like toilet paper, hand sanitizer and flour as people prepared for the long stretches of isolation that have become commonplace during the pandemic.

But for one segment of the population, preparing for the worst was a way of life even before the pandemic. “Preppers” or “survivalists,” as they’re known, have been around for years, buying elaborate survival kits, yearlong supplies of nonperishable foods and even elaborate underground bunkers.

“Prepping is about PREparing for emergencies, not creating a supply shortage because you now suddenly need three boxes of N95 masks for your personal use,” a moderator wrote in March on the r/Preppers forum on Reddit, which currently boasts over 208,000 members. Threads focus on everything from Covid and pharmaceutical drug shortages to the benefits of a gas lamps versus candles.

A January survey by personal finance site Finder.com found that 35% of nearly 2,400 people surveyed said they didn’t need to buy supplies in the last year because they were already stocked up.

And the financial new website 24/7WallSt.com estimated in 2013 that there were then 3.7 million preppers in the U.S., comprising a market potentially worth billions of dollars.

Here’s a look at some of the products that preppers stock up on, plus some big-ticket items that only the most extreme (or wealthy) preppers might spring for:

ReadyWise is a leading brand in the category of “emergency food supplies,” where truly committed preppers can spend upwards of almost $9,000 on a 4,320-serving supply of varied freeze-dried food pouches that the company says can last a single person over 500 days, or a family of four (two adults, two children) up to 126 days. The food even has a 25-year shelf life, so there’s no need to dig in right away.

“Every day we have people that spend … tens of thousands of dollars on emergency food…,” says Brandon Eriksson, vice president of sales at Wise Company, which owns ReadyWise.

A pallet of ReadyWise emergency food supply buckets, each containing 60 servings of food with a 25-year shelf life.
Source: ReadyWise

The company also sells smaller volume products, like freeze-dried meats and vegetables and powdered eggs, or even a two-day “Adventure Bag” that costs $49.99 and contains six freeze-dried meals and a couple of snack pouches. Some of its wares are also available through retailers like Amazon and Walmart.

Wise Company estimated in 2018 that Americans were buying between $400 million and $450 million worth of emergency food supplies per year. And, while Wise declined to release any specific revenue figures, Eriksson tells CNBC Make It that the company saw its food sales surge by “probably five or six times” in 2020 amid the pandemic. (In 2017, Bloomberg reported that Wise Company, which also sells generators and other emergency supplies, had seen roughly $75 million in annual revenue.)

He also notes that while the company’s sales were previously more concentrated in pockets around the country, like coastal states in the southeastern U.S. that are frequent targets of major hurricanes, orders for ReadyWise foods have been coming from all over the country.

“In 2020, we’ve seen it feels like everybody’s buying … we’re shipping it everywhere,” he says.

ReadyWise is far from the only brand in this market, though. There is also Ready Hour, which sells an emergency food supply kit it says will last a year (at 2,000 calories a day) for nearly $2,300. And, wholesale retailer Costco sells emergency food supplies from Chef’s Banquet (made by emergency food manufacturer Ready Project) such as the $125 ARK, a 35-pound bucket containing a 30-day supply of foods like oatmeal, cheddar grits and broccoli cheddar rice. (Costco also sells a 28-pound bucket of macaroni and cheese from Chef’s Banquet, with a shelf life of 25 years, for $120.)